Doctors say once someone who’s high risk tests positive for the virus, the sooner they can get the treatment, the better. 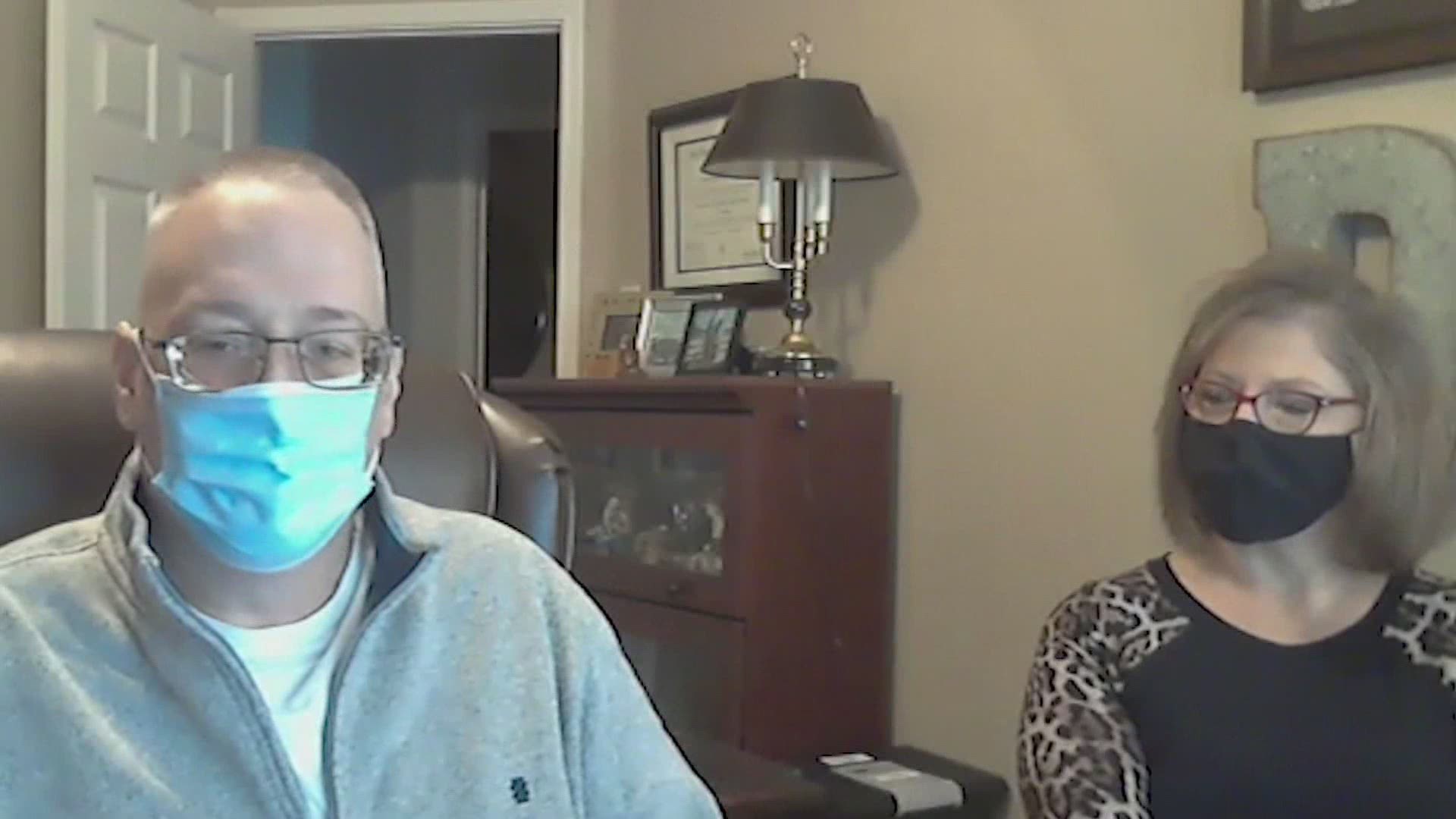 HOUSTON — Hospitals in the Texas Medical Center are treating more COVID-19 patients than they have in months. But doctors at Houston Methodist are saying those numbers could be even worse without a therapy treatment they believe is keeping some high-risk patients out of the hospital.

Derek Davenport has diabetes and high blood pressure and was diagnosed with COVID-19 three days after Christmas.

“I knew that that could happen, and I could die in the hospital with COVID. I knew that," Davenport said.

But it was a battle, and he was ready to fight.

“Just trying to be as proactive as I could be while I was doing everything they told me to do," Davenport said.

His symptoms were worsening, and one thing his doctor told him to do was get treated with monoclonal antibodies. He got the treatment, but his symptoms were already so bad, that night, he was in the hospital.

“Over the course of my time in the hospital, I think that it helped," Davenport said.

Thankfully, he was released five days later, but Davenport believes it would’ve been longer without that treatment.

“Obviously, it worked to some degree," Davenport said.

At a time when hospitals are treating high numbers of coronavirus patients, Doctors at Houston Methodist are crediting this monoclonal therapy with keeping many who are high-risk at home.

Houston Methodist has treated more than 2,000 patients with monoclonal antibodies since late November.

“These antibodies interfere with the ability of the virus to enter cells and replicate itself," Dr. Huang said.

Dr. Huang said only 3 to 5 percent of them had to be hospitalized.

“It gives the patient’s immune system time to catch up," Dr. Huang said.

He said once someone who’s high risk tests positive for the virus, the sooner they can get the treatment, the better.

“If we wait until really late in the course, then the therapy is not likely to be as effective," Dr. Huang said.

It’s an IV infusion, and in all, takes about two hours. But you have to qualify for it: be a certain age, over 65, or have a medical condition.

“This is not something that just anybody can show up to an ED or hospital and receive," Dr. Huang said.

But like Davenport, it can give those vulnerable patients a fighting chance to survive.

“In my own perspective, I think it was a real benefit," Davenport said.