Only routes that serve the Texas Medical Center will continue to run. 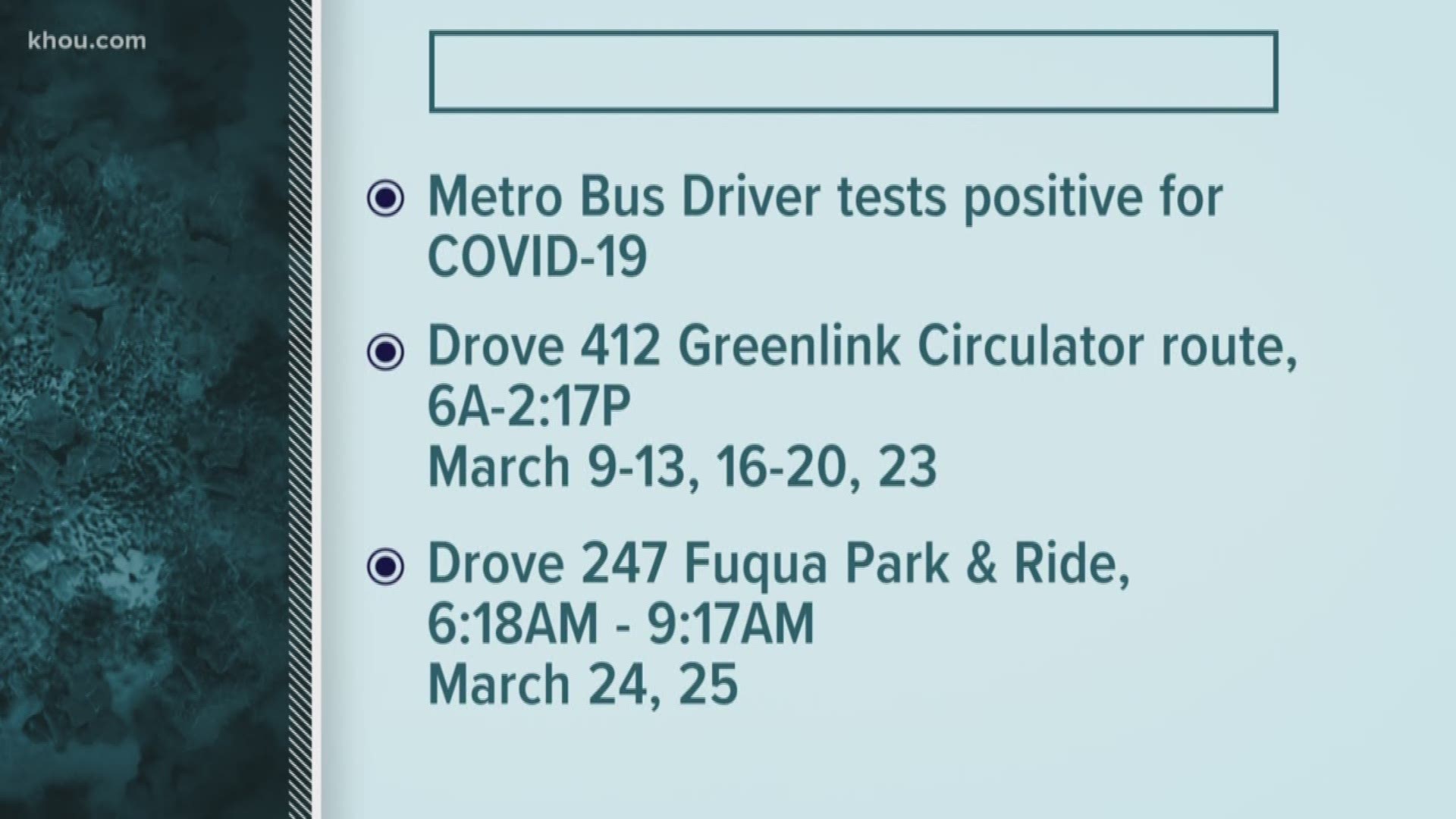 HOUSTON — METRO Houston says all park and ride routes are suspended except those that serve the Texas Medical Center.

Local bus routes will continue to run on a modified Saturday Schedule seven days a week. Metro rail will run with Sunday schedule. The HOV lane is closed.

Schedules as of March 30

Only the Park & Ride routes serving the Texas Medical Center will be operational. Each will run on weekdays only, and operate on a regular weekday schedule:

All other Park & Ride service is suspended.

*NOTE* - METRO is now running a TMC Shuttle service from the Smith Lands Parking Lot to hospitals throughout the Texas Medical Center. The shuttle arrives every 10 minutes, and operates on weekdays only during peak times in mornings and afternoons.

Schedules as of March 30

*METRO is now running a TMC Shuttle from Fannin South to the Hermann Park/Rice U station. The shuttle arrives every 12 minutes, and operates on weekdays only during peak times in mornings and afternoons.

The number of passengers in each vehicle is being reduced to allow for social distancing. This may extend wait times.