CEO Kenneth Sullivan says closing the facility, and other closures in the industry, could have severe repercussions in the meat supply chain. 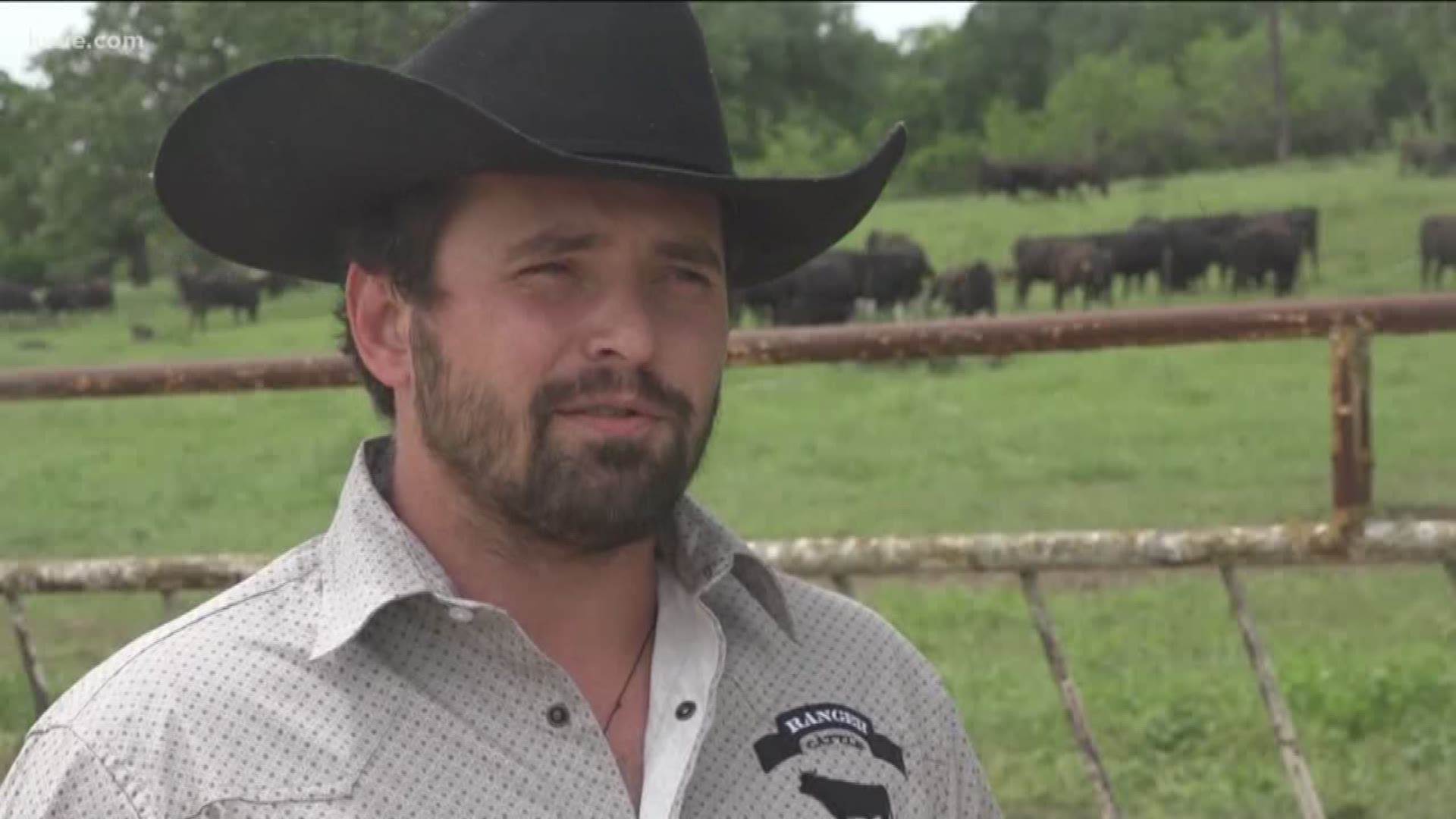 Editor's note: The above video is from April 10th and reports on how the virus is impacting the Texas meat industry.

SIOUX FALLS, South Dakota — Virginia-based Smithfield Foods announced Sunday that it is closing its pork processing plant in Sioux Falls until further notice after hundreds of employees tested positive for the coronavirus — a step the head of the company warned could hurt the nation's meat supply.

The announcement came a day after South Dakota Gov. Kristi Noem and Sioux Falls Mayor Paul TenHaken wrote to Smithfield and urged the company to suspend operations for 14 days so that its workers could self-isolate and the plant could be disinfected.

The plant, which employs about 3,700 people in the state's largest city, has become a hot spot for infections. Health officials said Sunday that 293 of the 730 people who have been diagnosed with COVID-19 in South Dakota work at the plant.

RELATED: Wiped out of toilet paper? Here's why

“As a critical infrastructure employer for the nation’s food supply chain and a major employer in Sioux Falls, it is crucial that Smithfield have a healthy workforce to ensure the continuity of operations to feed the nation. At the same time, employees need a healthy work environment,” Noem and TenHaken wrote to the plant's operators.

Smithfield announced a three-day closure last week so it could sanitize the plant and install physical barriers to enhance social distancing. But on Sunday, it announced the plant's indefinite closure.

“The closure of this facility, combined with a growing list of other protein plants that have shuttered across our industry, is pushing our country perilously close to the edge in terms of our meat supply," Smithfield president and CEO Kenneth Sullivan said in a statement. “It is impossible to keep our grocery stores stocked if our plants are not running. These facility closures will also have severe, perhaps disastrous, repercussions for many in the supply chain, first and foremost our nation’s livestock farmers.”

The Sioux Falls facility is one of the largest pork processing plants in the U.S., Smithfield said. It supplies nearly 130 million servings of food per week, or about 18 million servings per day.

There has been no evidence that the coronavirus is being transmitted through food or its packaging, according to the Department of Agriculture.

Other meat processing plants have also closed temporarily because of outbreaks of the coronavirus, including a Tyson Foods facility in Columbus Junction, Iowa, where more than two dozen employees tested positive.

Sullivan said Smithfield had been operating during the coronavirus crisis because it wanted to sustain the nation's food supply.

"We believe it is our obligation to help feed the country, now more than ever. We have a stark choice as a nation: we are either going to produce food or not, even in the face of COVID-19,” he said.

Maggie Seidel, Noem's senior advisor and policy director, said in an emailed statement Sunday that science and data support a 14-day closure to slow the spread of the virus in the community.

“Obviously, the situation is dynamic and changing by the day. The industry (like the country) needs to fight its way through this situation – and it will – and make adjustments as it changes. As a critical infrastructure industry in our nation’s food supply, the Governor is committed to working with them to get through this,” Seidel wrote.

Smithfield said there will be some activity at the plant on Tuesday to process product that's already in inventory. It will resume operations in Sioux Falls after receiving further directions from local, state and federal officials. The company said it will continue to pay its workers for the next two weeks.

For most people, the coronavirus causes mild or moderate symptoms, such as fever and cough that clear up in two to three weeks. For some, especially older adults and people with existing health problems, it can cause more severe illness, including pneumonia, and death.

There had been six COVID-19-related deaths in South Dakota as of Sunday.