Officials with the diocese are working closely with Tarrant County Public Health on the matter. 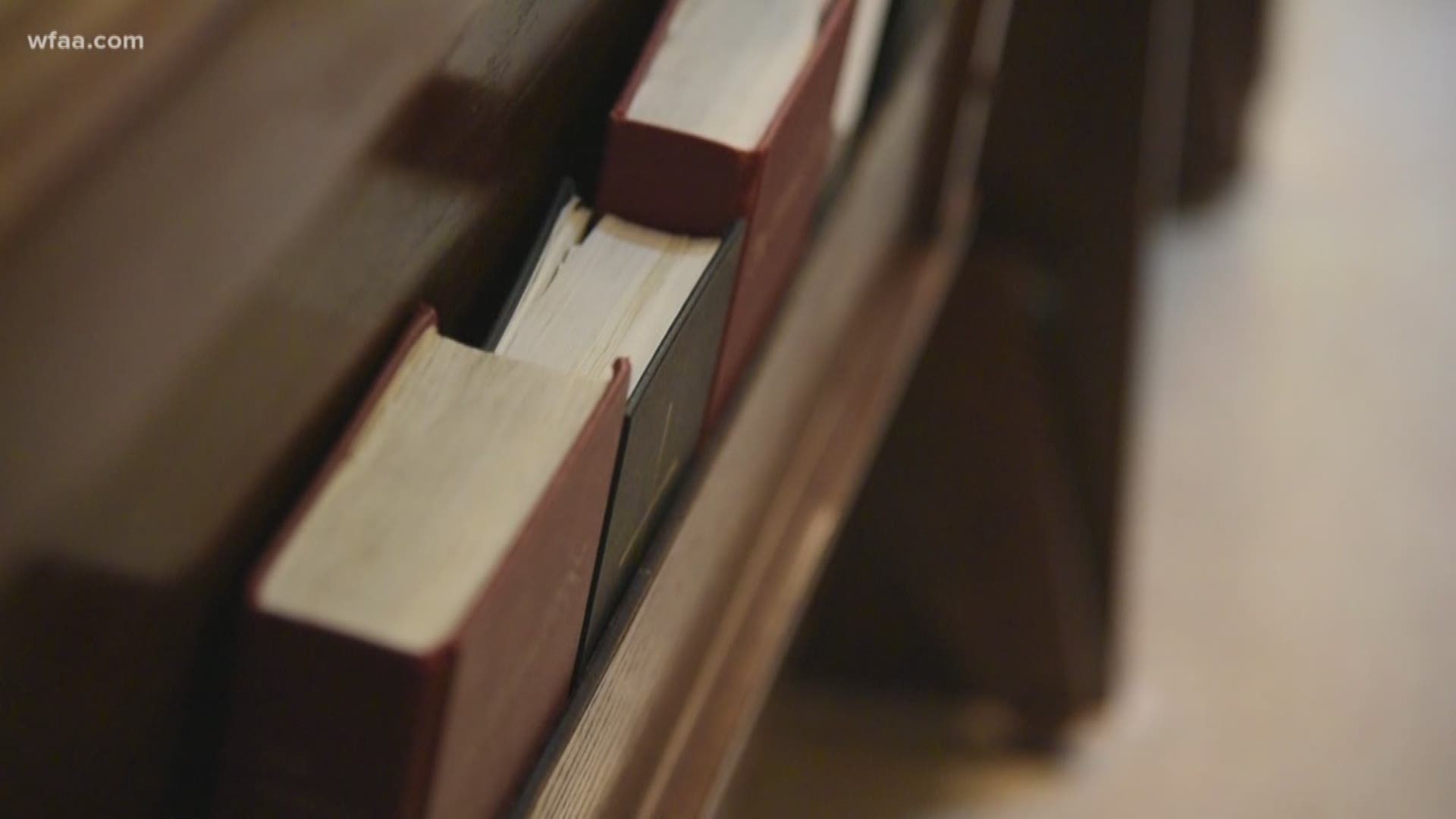 This is a developing story and will be continuously updated throughout the day.

The man with the first "presumptive positive" case of COVID-19 in Tarrant County has been identified as the rector of Trinity Episcopal Church, Episcopal Diocese of Fort Worth officials said Wednesday morning.

Rev. Dr. Robert Pace has been hospitalized in isolation, diocese officials said. His wife, who is also a reverend, has tested negative but will remain in self-quarantine at home for 14 days.

According to officials, Pace was tested Monday at a local hospital and admitted with pneumonia. He received the results around 5 p.m. Tuesday.

His case is considered a presumptive positive until the CDC confirms it.

According to officials, Pace spoke on March 4 at the church's Lenten program, in which an estimated 45 people attended.

The Tarrant County Public Health Department says it has identified those who were at the service and plans to call them beginning Wednesday afternoon to discuss their health.

"Pace’s exposure to anyone being within 3 feet of him was very limited, mainly to the associate priest and the deacon. Pace was appropriately cautious also. At that time, he was coughing, but had been fever-free for 24 hours," officials said in a news release.

Diocese officials also stated that the rest of the congregation does not appear to be at risk based on initial conversations with county health officials.

According to a news release, Pace had traveled to Kentucky to attend a conference of Episcopal parishes in Louisville from Feb. 19 through Feb. 22. A conference attendee later tested positive for COVID-19, but Pace said he did not knowingly have any contact with that person.

Pace then went to a doctor on Feb. 27 after he initially began to feel ill. He tested negative for the flu twice, according to officials. Once he found out the other attendee had tested positive for COVID-19, Pace began to look into how quickly he could be tested for the disease, diocese officials said.

The church where Pace works was also a polling location on March 3. However, officials say people who visited the church to vote are not to believed to have been exposed, as Pace had not been in the building since Feb. 27.

Officials with the diocese are working closely with Tarrant County Public Health on the matter.

Trinity Episcopal Church has closed its church building and offices to the public and services have been canceled for the week. They are working to create online worship services, according to a news release.

Click here to read the letter the church sent to its parishioners informing them of the matter.

All Saints' Episcopal School of Fort Worth it will not close at this time, but will undergo a cleaning, school officials said Tuesday afternoon.

"At this time they do not recommend a campus closure, so we will continue our extensive cleaning this week and prepare to enact our distance learning plan for all Divisions should the need arise," a school spokesperson partially said in a written statement.

Updates regarding the school's status will be posted here.