Karen Smith, 56, had no pre-existing medical conditions but took a turn for the worse about a week after her positive test. 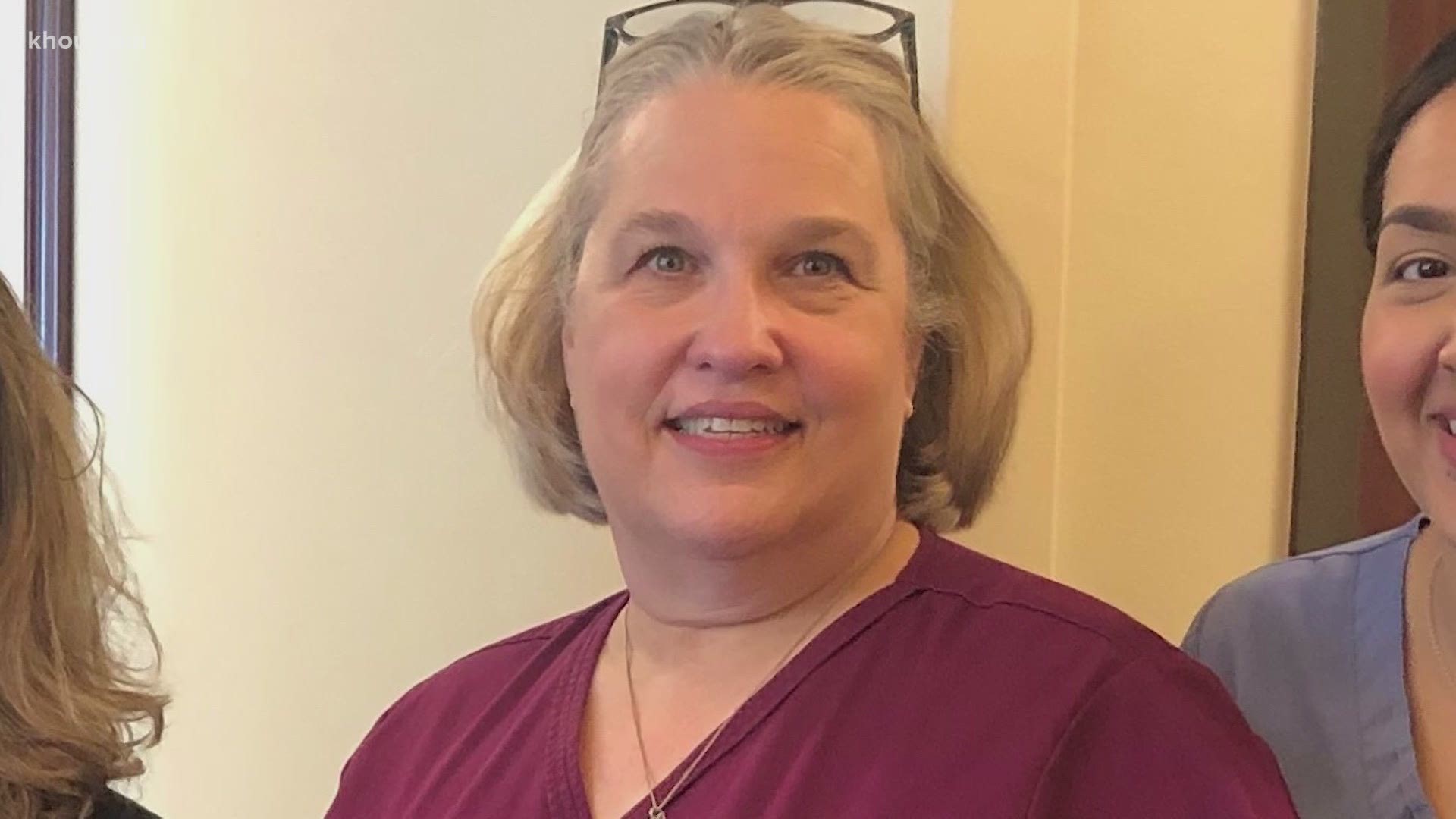 HOUSTON — A longtime Houston nurse of more than three decades died Wednesday from COVID-19. When not working, Karen Smith volunteered at a local fire department and that earned her a special farewell.

Smith was wife to Harvie and mother to Meghan and Christopher. Her best friend, Colleen Lamb, choked back tears as she said simply, “I’m gonna miss her.”

The two met 12 years ago when Lamb started working at the same medical clinic.

The two became friends fast. Both volunteered as EMTs at the Southeast Volunteer Fire Department. Lamb's dad founded the department decades ago. Smith's son and husband have both been volunteers, too.

“We started running the rehab unit, which was an old ambulance that had been converted,” Lamb said.

That meant delivering drinks and food to firefighters at scenes.

Smith didn't work with COVID-19 patients. She was a triage nurse at a private clinic. A fever in early July prompted her to get tested for the virus. She was positive. Her family said she had no pre-existing medical conditions.

“We believed she was going to be OK, as thousands of people have been,” Lamb said.

But about a week after her diagnosis, the 56-year-old was hospitalized at Houston Methodist Hospital in the Texas Medical Center. Three weeks later, on July 29, she died. That night, dispatchers made her last call for service.

“Last call for EMT Karen Smith. May her sweet soul rest in peace.”

Lamb said it was very emotional. The call gave her chills and made the hair on the back of her neck stood up.

“I was sure to tell her family ... That they knew to turn the radio on and listen,” Lamb said.

The two colleagues were nearly inseparable. Both nurses wore their masks daily. Lamb said they carpooled together daily for nearly 12 years. This summer, they both wore their masks while in the car.

Lamb is healthy but is sad about the loss of her friend.

The dispatcher’s last call for Smith ended with, “Rest in peace, Karen. We have your back.”

The family set up a GoFundMe account to help cover expenses related to Smith's death.