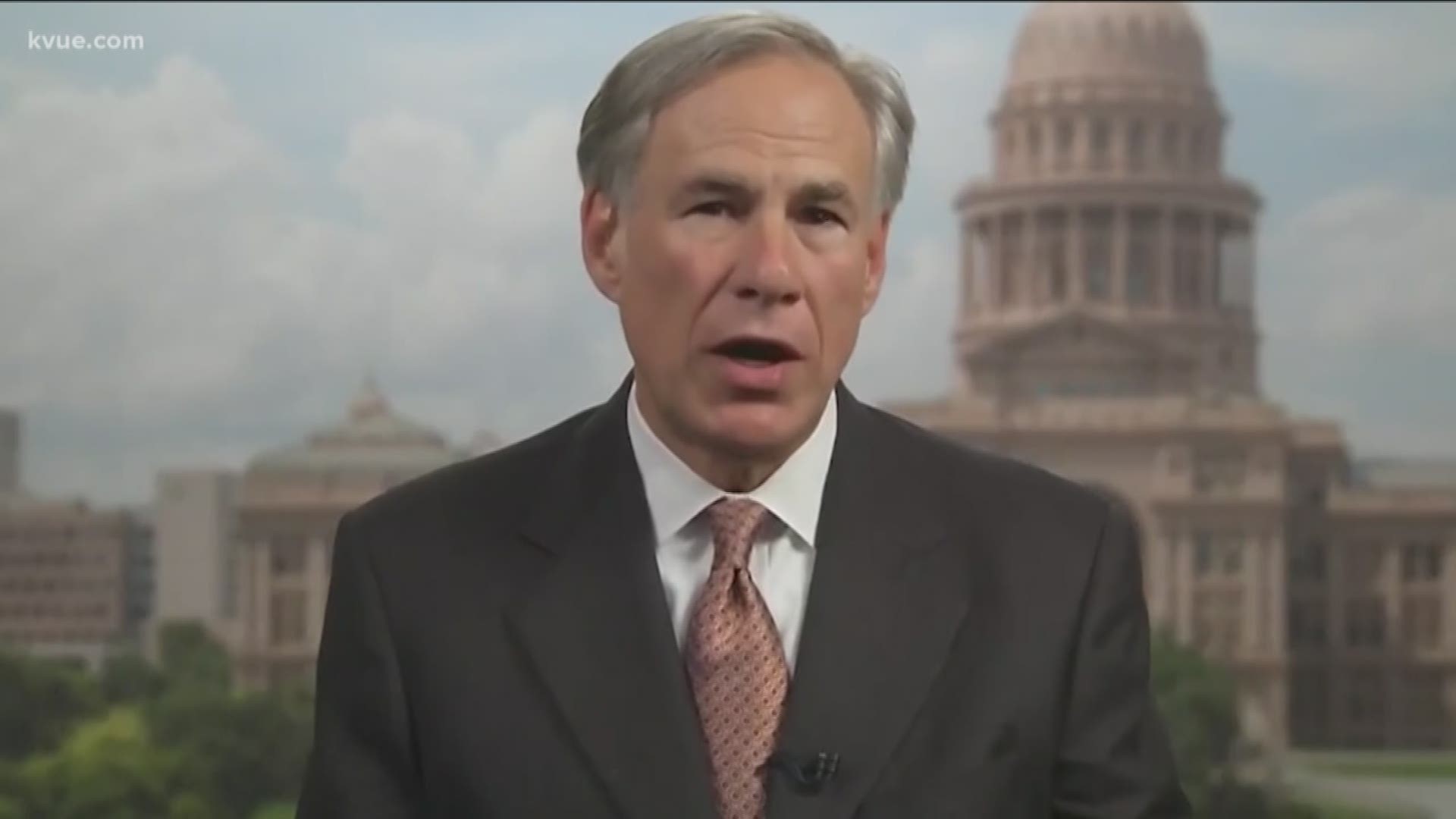 AUSTIN, Texas — Even though some people are hesitant and businesses may be worried about reopening on May 1 in Texas, local governments can’t stop it from happening under Gov. Greg Abbott’s new executive order.

The executive order doesn't require businesses to open nor does it require people to leave their homes, but it does allow them to if they want.

“All the counties in the State of Texas are required to follow that order and no county can issue an order contrary to the executive order that I issued yesterday,” Gov. Abbott said in an interview with KVUE Political Anchor Ashley Goudeau on Tuesday.

According to the executive order, the State rules overrule local ones if the local order:

On Tuesday, Austin and Travis County leaders scrambled to figure out what can be done locally to continue slowing the spread of COVID-19 following the governor’s order.

As of Tuesday evening, Travis County has the fourth-highest number of confirmed coronavirus cases in the state, according to state health department data.

'If you don't want to go out, don't go out' | Gov. Greg Abbott discusses his plan for reopening Texas in KVUE interview

The Austin City Council held a special session while the Travis County Commissioners Court also convened to discuss the local response to reopening the state.

“I've talked to other mayors now around the state, and everyone's trying to figure out how to react. I think the overwhelming impression from most of the mayors is that they wish that the governor had waited another two or three weeks to do this,” Austin Mayor Steve Adler told the city council on Tuesday morning.

The council heard updates from doctors about what relaxed social distancing guidelines could mean for increased hospitalizations and deaths in the Austin-Round Rock area.

“It has been very difficult, certainly to keep up with because the whole situation has been fluid,” said Sherri Greenberg, a professor of practice at UT Austin’s LBJ School of Public Affairs.

Even though cities and counties can work together and pass their own ordinances, the State can overrule, Greenberg said.

Past examples of that happening in Texas include the issues of rideshare background checks and plastic bag bans.

“If the governor comes in and says, ‘No, we're going to at an earlier date, open up restaurants, 25%,' then that is the law, right? That supersedes the local orders,” Greenberg said.

So far, no local orders or recommendations have followed the governor’s Monday announcement about businesses reopening.