'Kind of like walking on the moon': Grand Princess passenger from Texas talks about unprecedented situation onboard

"Ready to get on terra firma," said Kathleen Reed of Granbury. She, her husband and three other couples from Granbury were on the cruise to Hawaii. 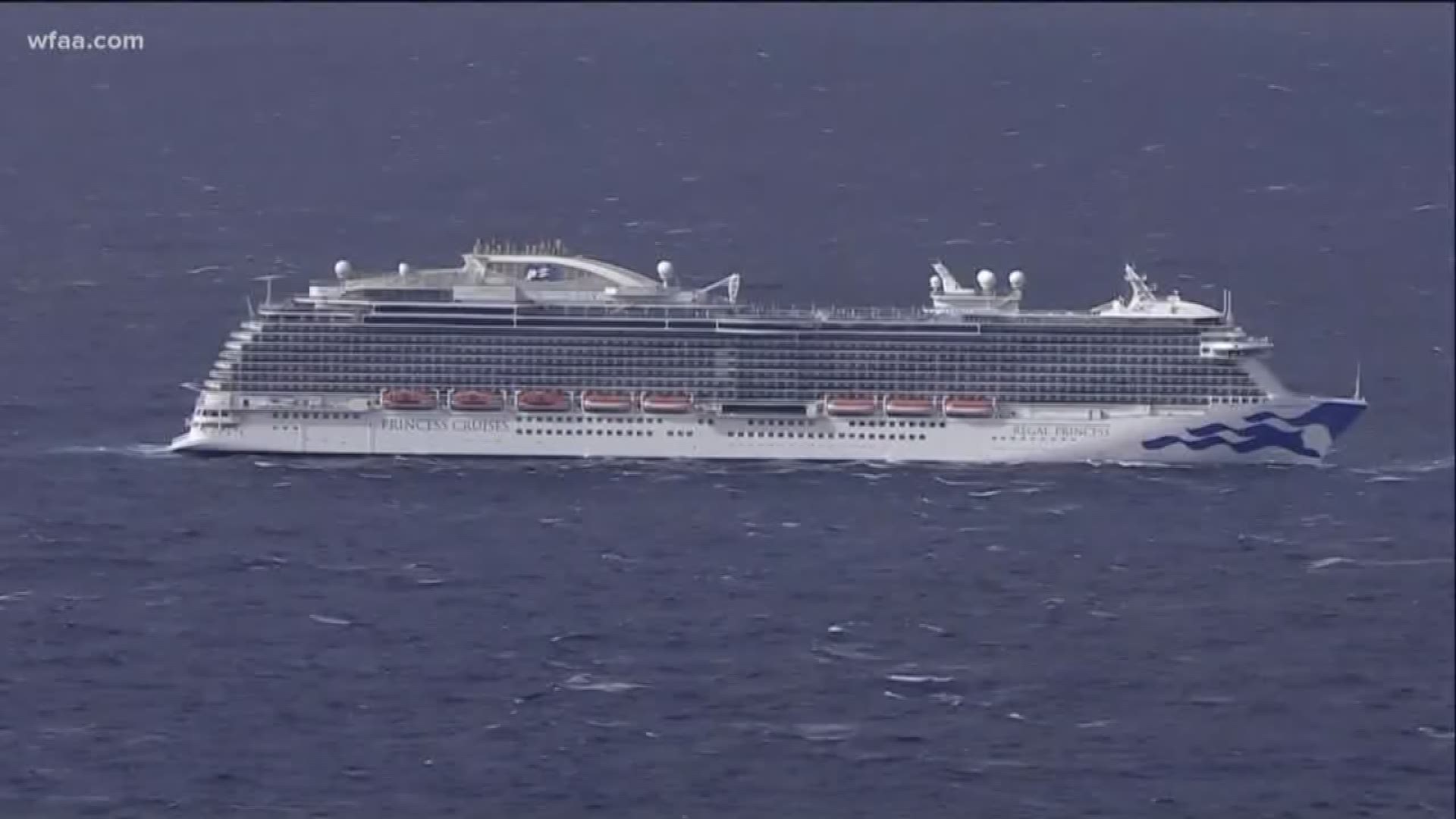 FORT WORTH, Texas — Even after being confined to one room for five days, Kathleen Reed is focusing on the bright side.

"It's beautiful outside," she said during a video chat Monday morning. "I can see the Golden Gate Bridge."

Reed is one of eight people from Granbury and one of the 3,500-or-so passengers on board the Grand Princess cruise ship, which had been circling off the coast of California for days. The reason? COVID-19.

As of last week, 21 people on board had tested positive for the novel coronavirus, the majority being crew members.

"This is kind of like walking on the moon," Reed said of the unprecedented and unusual situation. "It's not been done very often."

In spite of everything, Reed said the crew had worked hard to make things normal in an abnormal situation. The passengers have received meals at their doors, as well as packages of games to stay busy.

"They will unload the people who have medical needs for assistance first, so we don’t expect to really unload until tomorrow maybe," she said.

Reed added they don't know what all to expect over the coming weeks, as information is still coming in.

"We’re probably going to go to a military base either in Texas or Georgia," she said. "We’re hoping for Texas."

RELATED: Cruise passengers, including about 90 Texans, may be quarantined in San Antonio for COVID-19, officials say

Some passengers will be quarantined at Lackland Air Force Base in San Antonio, and no one on board will be released directly into the community as a precaution, even if they don't have symptoms.

They haven't been told if or when they'll be tested, but Reed said she and everyone she's talked to feels just fine. She is thinking a lot, though, about the crew members who've served them even in the unsure environment.

"Most of them are young, you know, they’re probably scared, and they don’t know what's going to happen to them," Reed said. "Just keep them in your prayers."