Officials with the National Guard said it could hold as many as 1,400 beds if necessary. 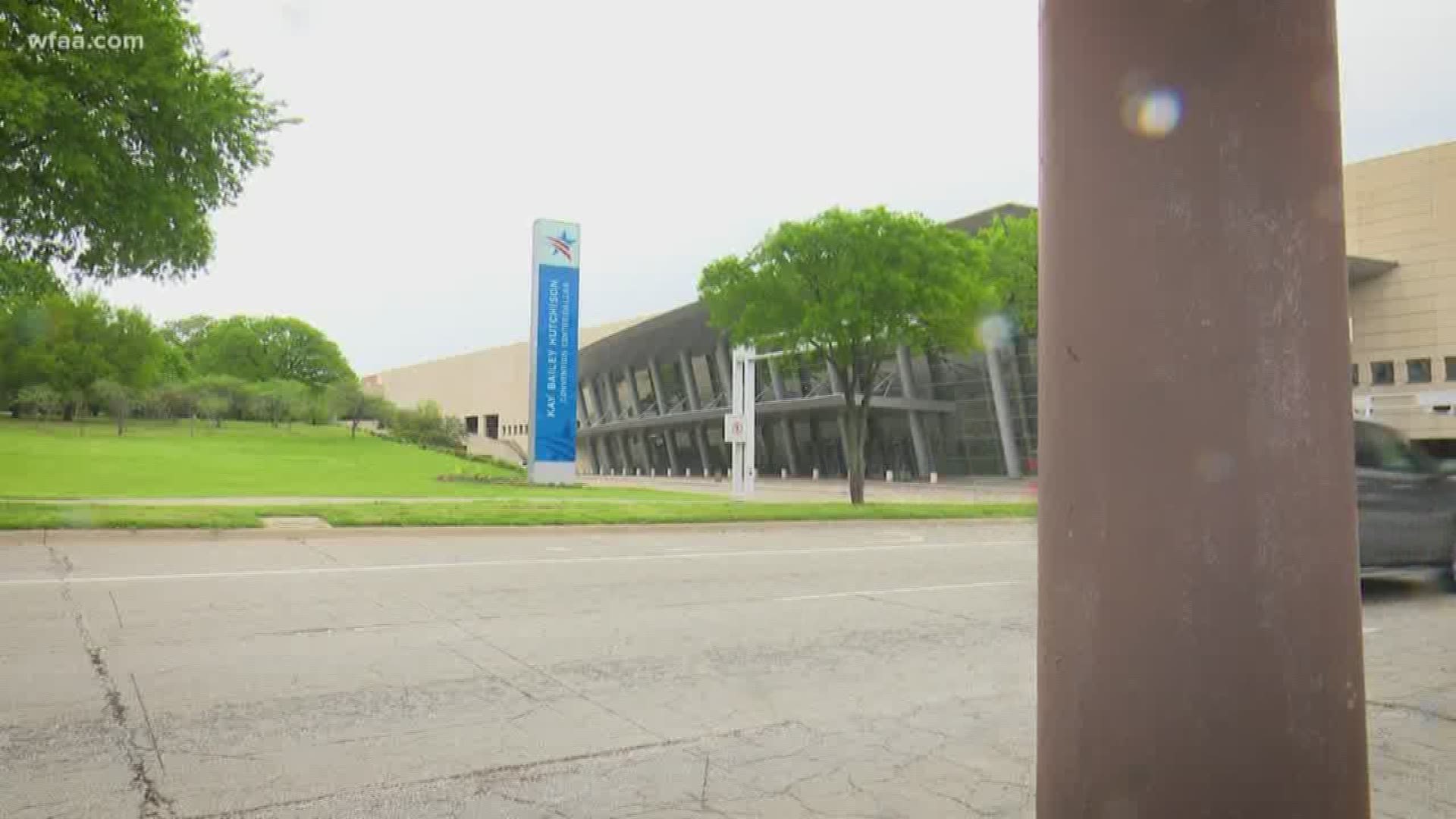 The Kay Bailey Hutchinson Convention Center will become the first overflow hospital in the state of Texas for COVID-19 patients, Gov. Greg Abbott announced during a news conference Sunday afternoon.

Officials with the National Guard have been working on identifying facilities across the state that could become an overflow hospital if needed, and decided the convention would be the first to open.

250 beds will be set up, with plenty of room to expand, according to Abbott.

Officials with the National Guard said that could become as many as 1,400 beds, if necessary.

Hospitals will continue to remain the primary location for acute care, Abbott explained.

"Our job is to make sure that we are looking one, two, three, four weeks ahead," Abbott said.

Texas has more than doubled its number of hospital beds available for COVID-19 patients, for a total for 16,000 beds across the state, according to Abbott.

That includes an increase in Intensive Care Unit beds and ventilators, officials said.

Abbott said he expects the number of beds available statewide to increase as a result of his orders allowing multiple beds in the same hospital room and more measures are taken to increase hospital capacity.

RELATED: Governor: Anyone entering Texas from Louisiana must self-quarantine for 14-days

The state is also looking at other locations in cities like Houston for more facilities that could be set up.

The Walnut Hill Medical Center off of U.S. Highway 75, an Embassy Suites location and The Lumen Hotel were also considered as possible overflow locations, officials said.

There are currently 176 people hospitalized across the state due to COVID-19, according to Abbott.

As of Sunday, only 2% of the beds that could be used for COVID-19 patients across the state were currently being used, Abbott said.

Additionally, state officials are looking across the country and the globe to source more ventilators.

"We don't know right now how many ventilators we will need," Abbott said.

Officials want to increase the availability of hospital beds and all the other supplies healthcare workers need, but they also must continue to prevent spread with social distancing efforts and hygiene, Dr. John Hellerstedt said during the Sunday news conference.

"We should really be proud of each other [for the efforts made already]," Hellerstedt said.