The numbers come a day after the Houston Health Department noted the positivity rate in the city reached an all-time high of 26.8%. 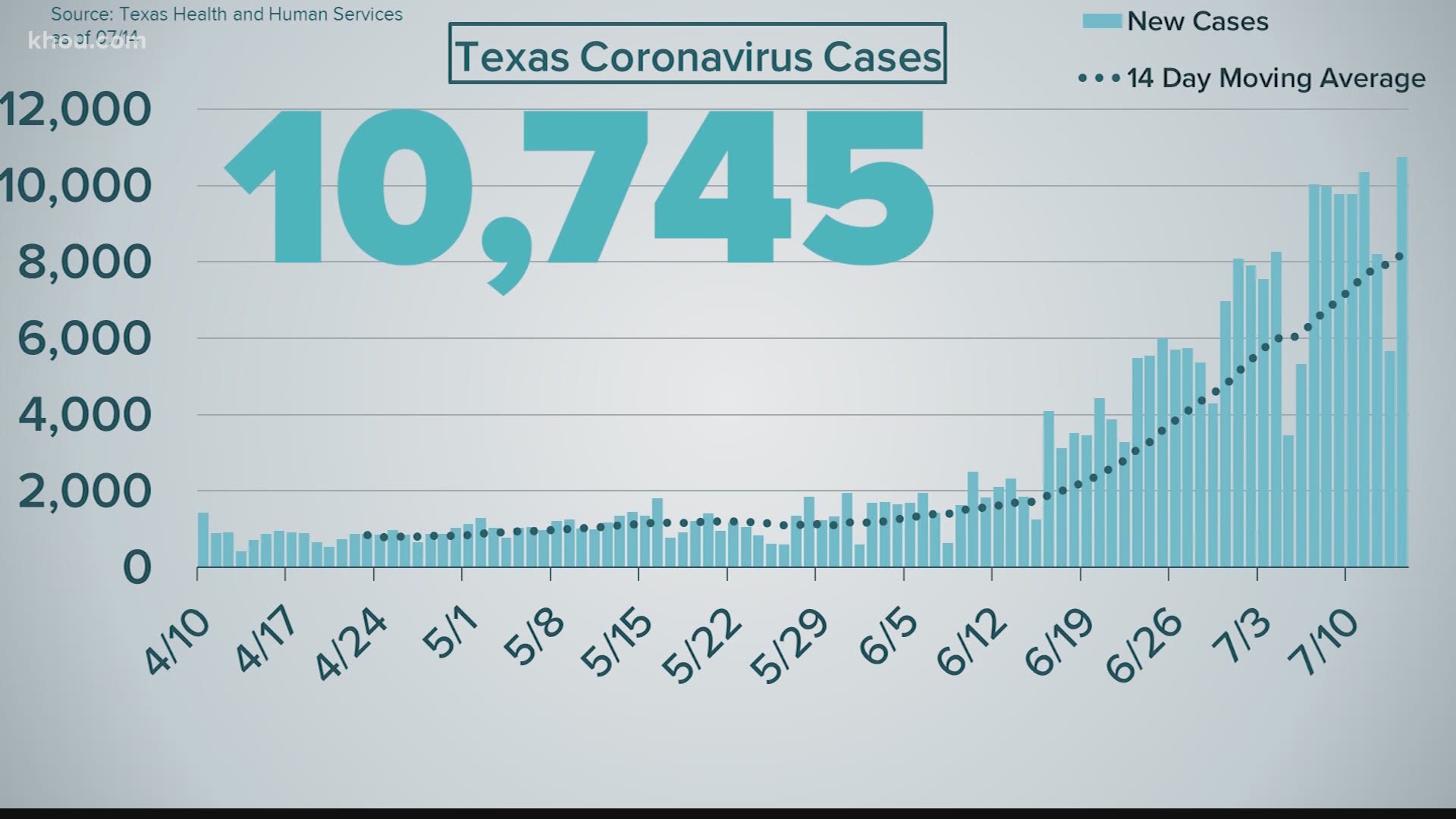 HOUSTON — Texas reported a new single-day record of new COVID-19 cases Tuesday with 10,745 and 87 deaths, according to the Texas Department of State Health Services.

Tuesday's figure is the third time in seven days that the state has reported at least 10,000 new coronavirus cases.

In the Greater Houston area, 20 public health departments reported nearly 2,600 new cases on Tuesday. It’s the third time in four days that the region has added more than 2,500 new cases. The first time it hit the milestone was on Saturday.

RELATED: 'It makes no sense' | Mayor Turner disagrees with sending kids back to school

RELATED: For the third day in a row, Texas sets new single-day record with 105 COVID-19 deaths

Montgomery County also posted a new single-day high of 359 cases. The previous record was 197 on July 6.

Those who survive can end up with long-term health conditions, according to Houston Health Authority Dr. David Persse.