Jacksonville mayor: Employees able to work from home must do so starting Tuesday

Mayor Lenny Curry tweeted that the order will go into effect Tuesday starting at 8 a.m. as an effort to flatten the curve. 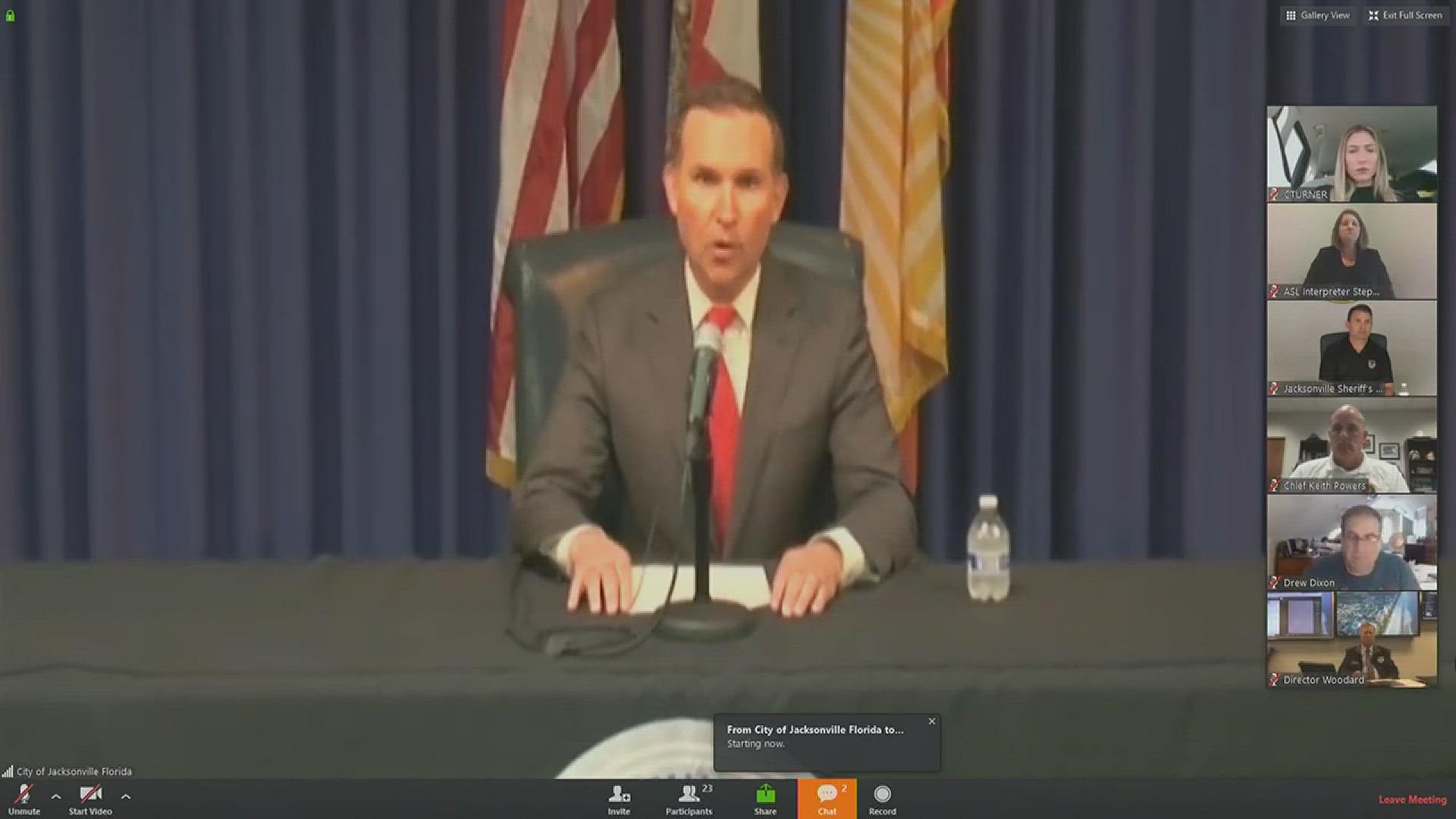 Shortly after he held a news conference Monday, he tweeted that the order will go into effect Tuesday starting at 8 a.m. as an effort to flatten the curve.

He said if an employee must be present in the office, the order will require them to be at least six feet apart from each other whenever possible, he said.

But, the mayor said he has been hearing reports of people across Jacksonville ignoring the warnings.

Stories of people congregating and partying at homes, parks and in the streets have raised the question of whether to impose a curfew, something Curry said he has been discussing with Sheriff Mike Williams. But enforcement would put a strain on Jacksonville police, Curry said, so for now, he is asking everyone to do the right thing.

"If we don't do this and we don't flatten the curve, you could see a federal or state curfew," Curry said. He urges everyone to avoid any gatherings that are not necessary.

The mayor said it seems as if many if not most people in Jacksonville are taking the situation seriously, so in order to not disrupt business unnecessarily, city leaders and law enforcement are asking people to cooperate. But, if the federal or state government orders a curfew, they will have the resources to enforce it, Curry warned.

The testing sites at the Prime Osborn center and Lot J are doing well, Curry said, with more than 300 tests conducted at the city-run Prime Osborn site and 565 at the federally sponsored Lot J site. The Prime Osborn testing site requires an appointment, while Lot J is open for anyone who meets certain symptoms requirements of a 99.6 degree fever and respiratory symptoms.

The Lot J site is also open to health care workers who may be interacting with patients who have been exposed to the virus. That site is open to citizens throughout the region at no cost.

Curry said the reason for limiting testing to only those who show symptoms is to save the limited medical supplies necessary for testing, although you can be a carrier of the virus without showing symptoms.

The mayor addressed the disruption people across the nation and locally in Jacksonville are experiencing to their lives as they self-isolate and practice social distancing.

“This is a strange and unusual time,” Curry said. He said the city is currently gathering resources to help those whose mental health has been affected.

Curry also offered suggestions for activities and habits to limit the impact of isolation: calling friends and family members more frequently, checking on neighbors, listening to music, sticking to a routine and exercise.

"We're all in this together and we've got to take care of each other," Curry said.

Curry said things like tuning into an online church service Sunday morning and seeing his daughters interact with their teachers for virtual school Monday instilled a sense of routine and normalcy.

"We all need to get routines and find things that work for us when we’re isolated away from our friends and families," Curry said.

The city is working with the Florida Department of Health to establish a state field hospital in Jacksonville in case it becomes a necessity, Curry said. Jacksonville Fire Rescue Department Chief Keith Powers said it would accommodate 250 ICU patients, but is currently being used to stage equipment.

The mayor tweeted that the field hospital will be set up inside the Prime Osborn Convention Center beginning Tuesday.

Right now hospitals are not at capacity, Powers said.

JFRD Emergency Preparedness Division Chief Steven Woodard said the city and the DOH are working with the Camellia at Deerwood assisted living facility, where several COVID-19 cases have been identified, but due to the ongoing epidemiological investigation, could not share specifics on how many patients have been diagnosed there. The department is working closely with the DOH to track patients, personnel from JFRD and others who may have had contact with them, Woodard said.

The city is also working to make sure hospitals have enough supplies, like masks and protective gear. Woodard said they are working to get supplies to 32 facilities, delivering thousands of M95 and surgical masks along with hand sanitizer to facilities that need them most.

"For now let’s stick together, and let’s all be helpers," Curry said.

These numbers do not include those that were tested Monday morning, after the 65+ age limit was lifted.

Officials say field hospitals are being established across Florida, including in Jacksonville, by the National Guard as a precautionary measure but specifics about locations and timing were not released.

As of Monday, 74 cases of the coronavirus have been reported across both Southeast Georgia and Northeast Florida, according to numbers combined from both states' departments of health.