While some bars are trying to find ways to adapt to the new rules others have allegedly refused to close resulting in being placed on the city's "Wall of Shame." 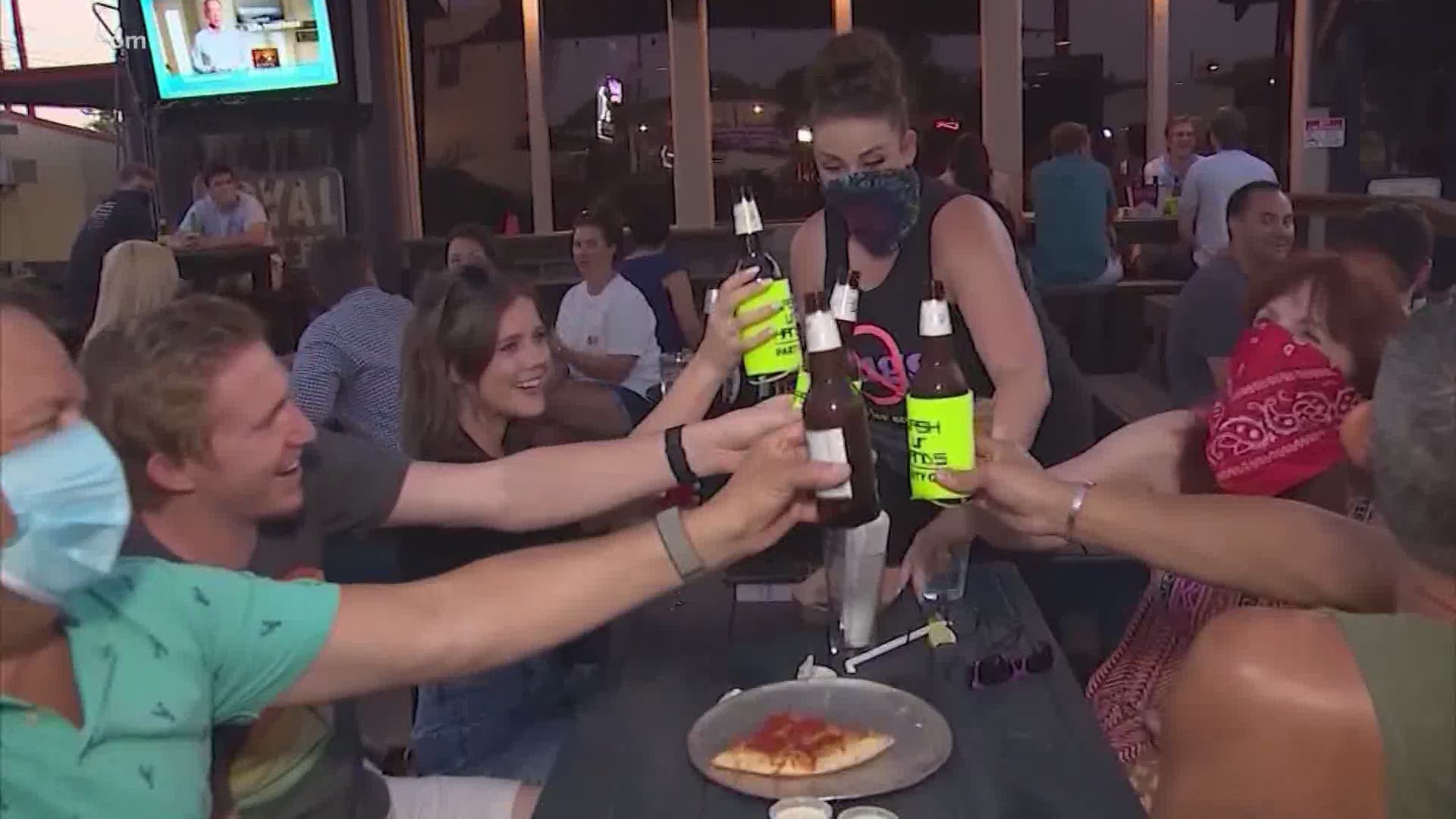 HOUSTON, Texas — Spire Night Club is housed inside a former church in downtown Houston, though it wasn’t packed pews that put it on Mayor Turner’s inaugural “Wall of Shame.”

Authorities said it was a crowded party this weekend.

"You shouldn’t be in a crowded capacity, shoulder to shoulder, not wearing masks," said Turner. "That simply is a formula to be infected.”

Prospect Park on Fountain View made the mayor’s list too.

It even had its liquor permit pulled, according to the Texas Alcoholic Beverage Commission, or TABC.

The agency inspected some 1500 bars across the state following the Governor’s order to shut down as of last Friday at noon.

The wine bar closed under the initial order, reopened when allowed in mid-May, then closed again on Friday.

But Camerata is doing curbside, to-go and even delivery bottle service to try and retain some business.

"I think there’s a genuine feeling of concern," said Martin. "But, ultimately, I think people are really trying to do their best to comply with the regulations that we’ve been kind of required to operate under.”

The Texas Bar and Nightclub Alliance is considering a lawsuit over the most recent order.

“To suggest the public welfare is protected by singling out one specific type of alcoholic beverage license over another is without logic and does not further the aim of protecting the public from COVID,” the group said in a statement.

Martin said he hates to see fellow businesses having a hard time coping. But playing by the rules goes a long way.

"In the hospitality business, perception is reality," said Martin. "And if we’re doing anything that makes people feel unsafe, we’re not going to be successful.”

Being publicly shamed may now be another penalty.