'I love the support': Dallas officer's family celebrates his return to work after battle with COVID-19

The police officer's family released balloons at the start of his shift and prayed with him Saturday morning. 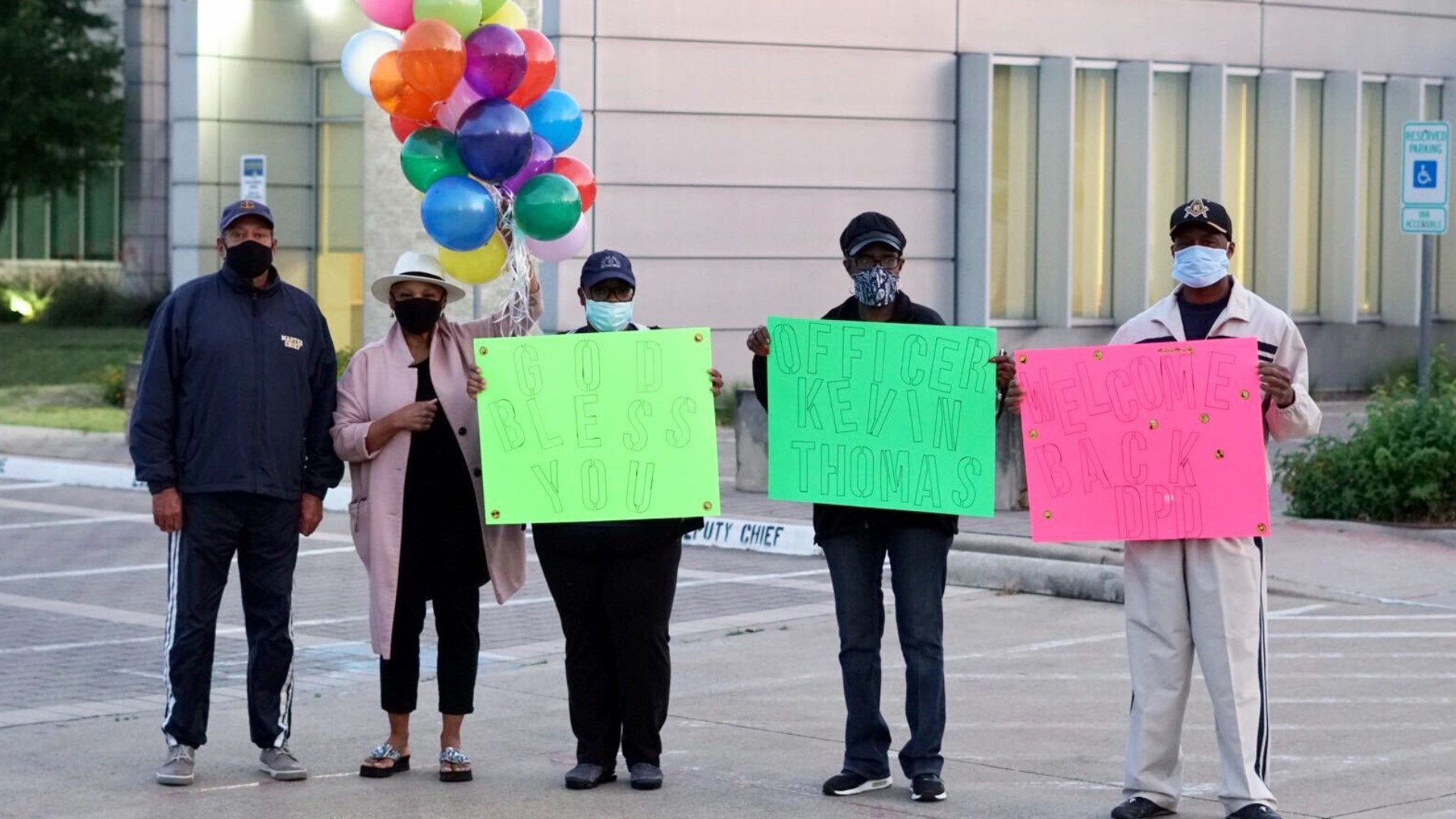 DALLAS — Saturday morning was filled with balloons, celebration, and prayer for one Dallas police officer.

Kevin Thomas has been gone from work for a month, because of his battle with COVID-19 and pneumonia. He described having coronavirus as "scary."

During his time being sick, he lost 20 lbs and spent 10 days at the hospital, including several of those days in the ICU.

Thomas says he was at work when he started feeling sick and went home. He then developed a fever and wasn’t doing well, so he went to the hospital.

Saturday morning his family released balloons at the start of his shift and prayed with him.

WFAA asked what he is looking forward to most about being back at work.

Thomas has been with the department for 10 years and has been a DPD officer for six years.

Credit: Tiffany Liou / WFAA
Kevin Thomas' loved ones celebrated his return to work Saturday morning. They prayed for him and released balloons.

“I love the support. It makes me feel good,” he said about his family sending him off.

His mom also brought doughnuts for his coworkers at South Central Patrol.

She spent all morning inflating balloons to celebrate her son’s return to work and says Thomas is her hero.