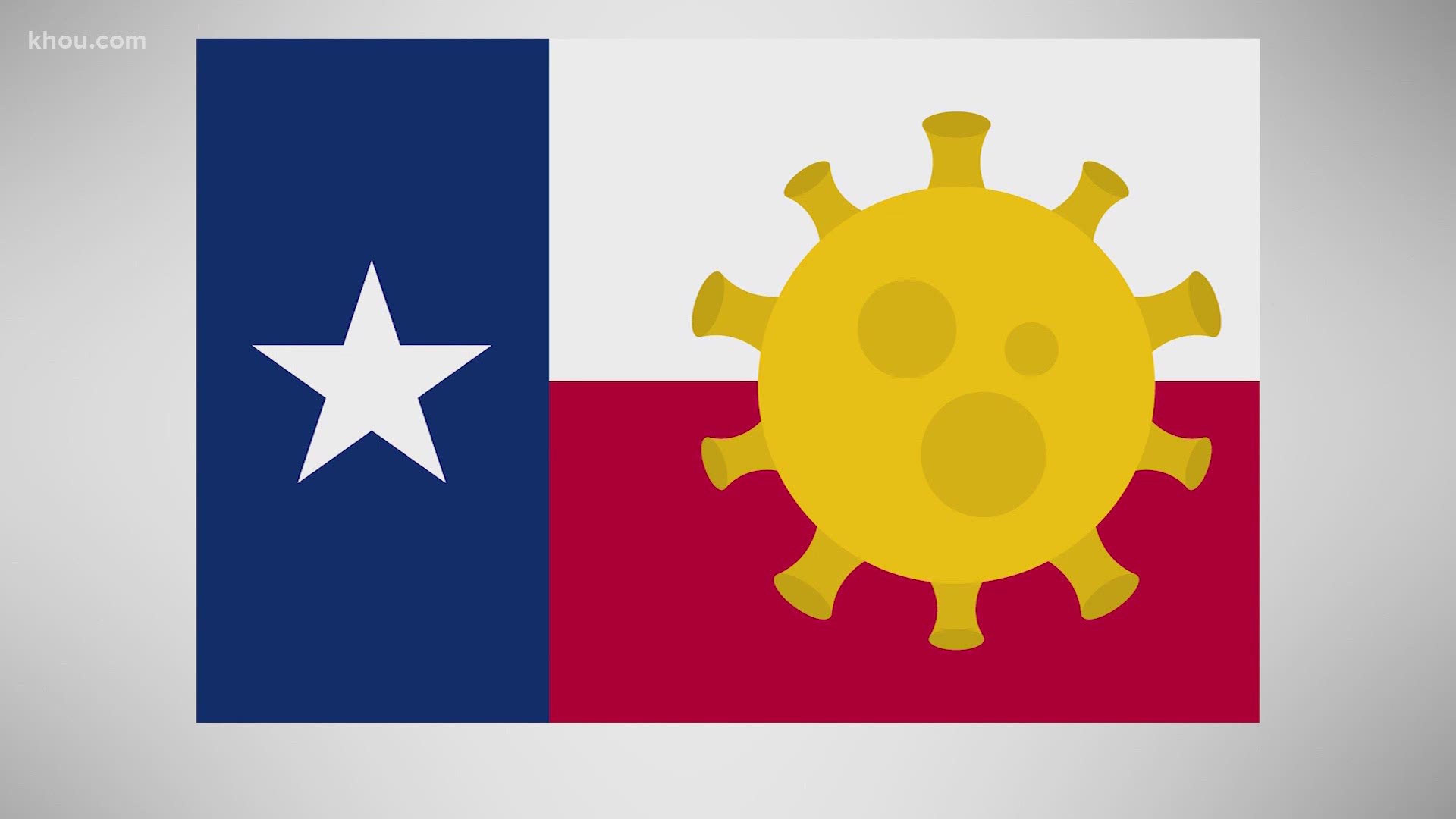 HOUSTON — The United States broke another record on Wednesday when it passed the 3-million COVID-19 case mark. What's most striking is 1 million of those cases have been reported in the last 30 days.

The U.S. has 4% of the world's population, but 25% of the world's coronavirus cases. The virus is moving through the country, infecting more people than the combined populations of Wyoming, South Dakota and Washington D.C.

In Texas, cases are soaring. There are now more than 210,000 cases in the Lone Star State. The state reported a record 10,000+ on Tuesday, July 7. Texas joined New York and Florida as the only other states to break the 10,000 daily case threshold. That's more single-day cases than any European nation ever reported at the height of their outbreaks and nearly as much as South Korea has reported the entire pandemic.

If Texas were a country, right now it would be the world's 11th-most active hotspot with 1,600 cases per 1 million residents. The current outbreak is worse than countries like Panama, Kazakhstan, Armenia, Kuwait, Brazil, Chile and South Africa.

Texas has reported more than 2,715 deaths. It's one of the lowest death rates in the country with 9.5 deaths per 100,000 people. But experts warn the higher cases surge, the greater likelihood deaths will follow.