The Stay Home Work Safe order for Harris County has been extended through April 30 and Houston-area schools will be closed until at least May 4. 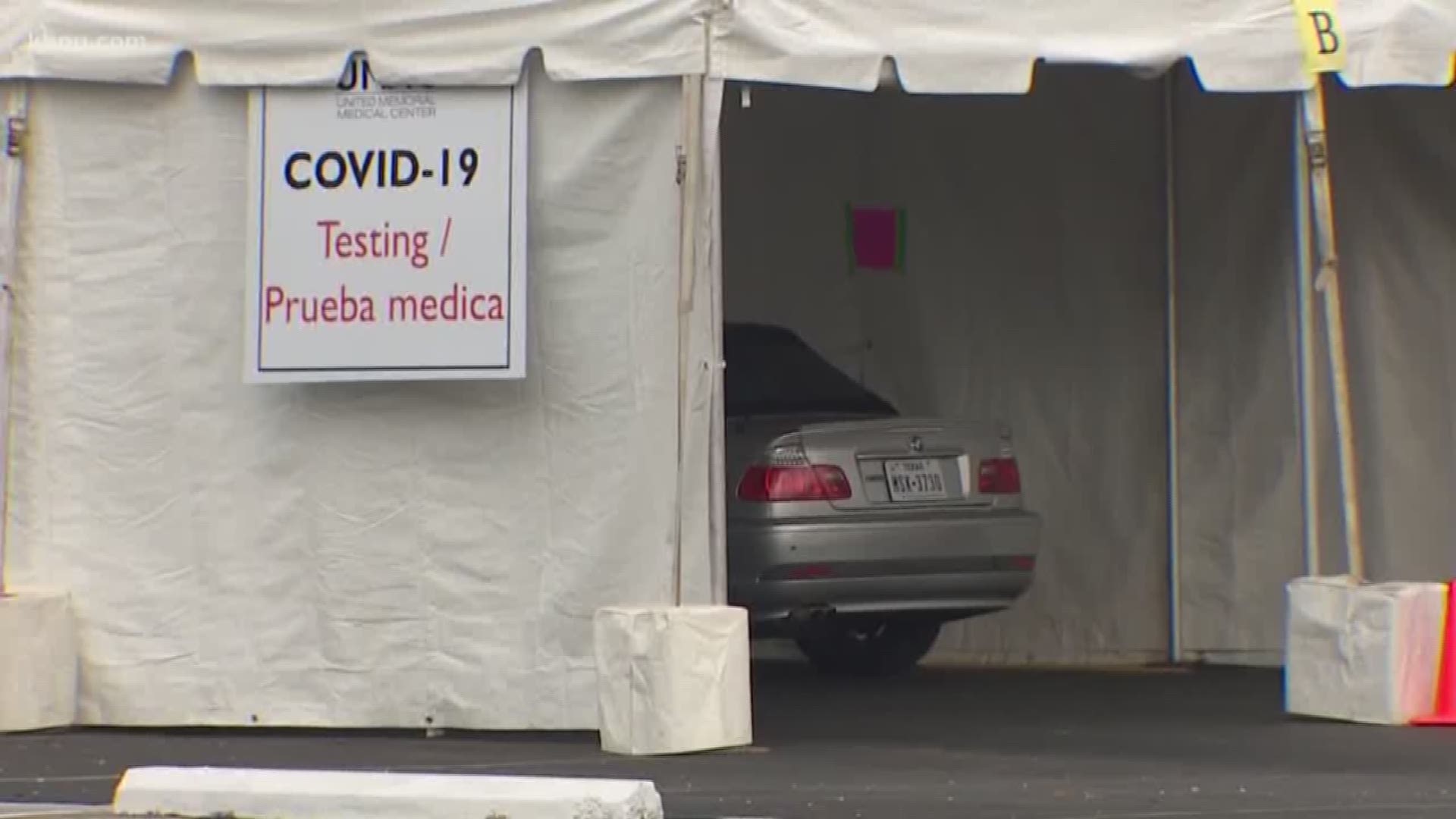 Here’s a roundup of some of the big takeaways.

The Stay Home Work Safe order for Harris County has been extended through April 30.

“It is not the time right now to scale back on our containment measures,” Hildago said. “If anything, it’s the time to double down.”

Turner along with health officials then detailed the projected peak of the pandemic in Greater Houston.

“He (Dr. Peter Hotez, with the National School of Tropical Medicine and Baylor University) anticipated the peak to occur right around May 2,” Turner said. “But that’s assuming that we continue to be aggressive.”

Also Tuesday, Gov. Greg Abbott announced the latest numbers statewide, saying that out of the 42,922 Texans that have been tested, 3,266 were confirmed positive for the novel coronavirus.

Abbott said that out of the people who have been tested for COVID-19, about 10% are testing positive. Out of those with the virus, about 11% need to be hospitalized.

He also updated his executive order closing schools until at least May 4 and is asking state residents to stay home until April 30, unless absolutely necessary.

It is the same message on the national level as President Donald Trump and his COVID-19 task force explained the grim data that lead to their decision to have people practice social distancing until April 30.

"It’s a matter of life and death frankly,” Trump said.

The data shows that with mitigation 100,000 to 240,000 Americans could die over the next few months. Without mitigation, the projected number is 1.5 to 2.2 million. They expect the national peak within two weeks.

RELATED: 4,000 price-gouging complaints have been filed in Texas during COVID-19 emergency