Events in uncontrolled spaces or venues -- such as parades, fun runs, biking events and festivals -- are on hold now and likely will be through the end of the year. 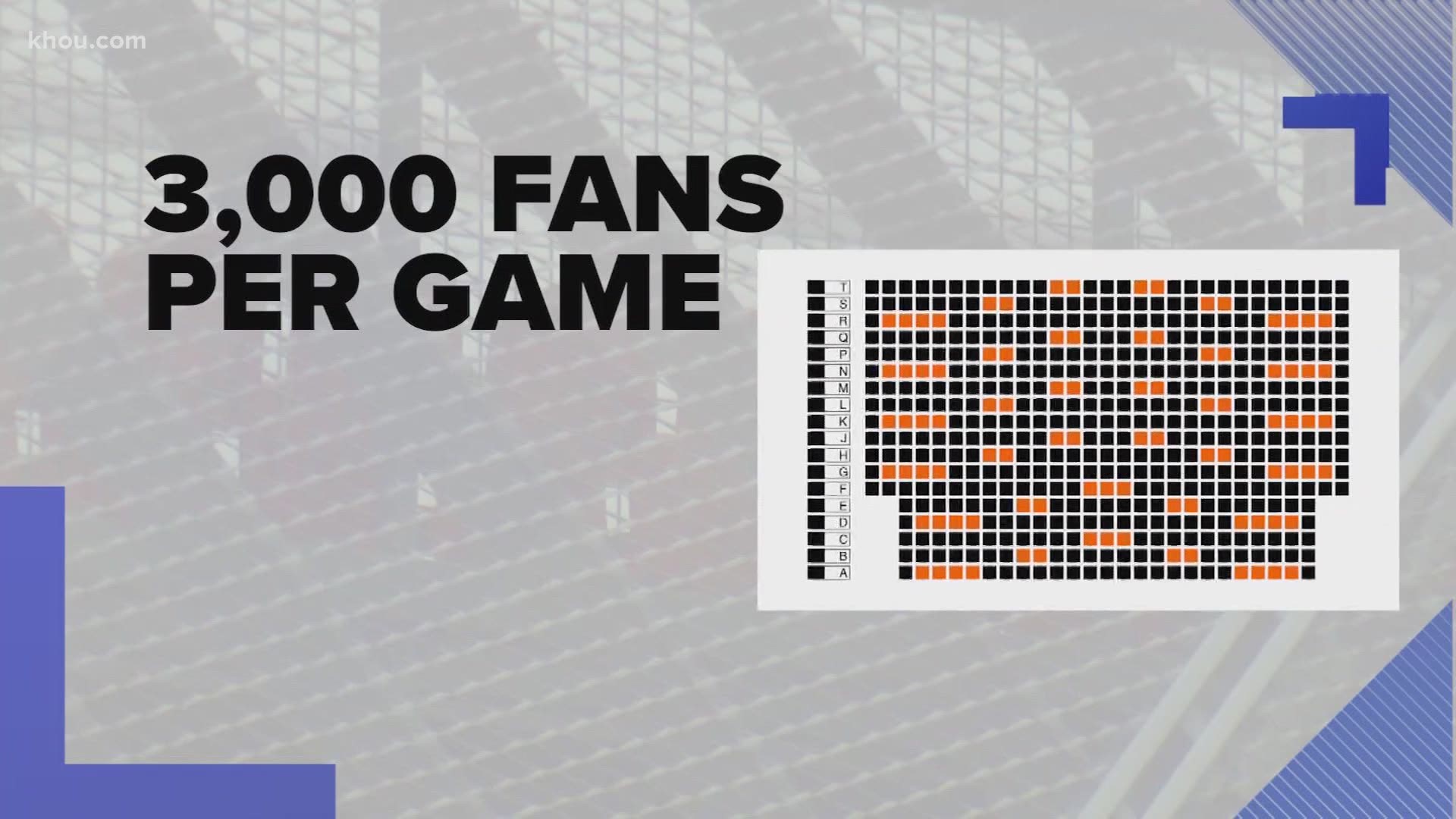 Mayor Turner said these events and venues must meet certain criteria, including operating with 25 percent capacity for occupancy, as well as requiring attendees to have their temperatures checked and answer coronavirus screening questions before entering venues. Attendees will also be required to wear masks and social distance.

Events in uncontrolled spaces or venues -- such as parades, fun runs, biking events and festivals -- are on hold now and likely will be through the end of the year, Mayor Turner said. He said the annual Thanksgiving Day parade this year is looking "doubtful."

Mayor Turner said strict guidelines must be met for event approval. Some of events set to take place include:

Even though it’s not the tailgating they’re used to, Texans fans say it’s better than nothing.

“It’s new. It’s something to do. We’ve been locked up for a long time,” Daniel Flores said. “I’m just excited to get to be there close to something.”

Wednesday's announcement was not expected to be a "return to normal" for the city, however, as it was just last week the mayor urged caution in response to Governor Greg Abbott's tweet about possible further reopening plans for the state.

Texas Gov. Greg Abbott hinted through a tweet last week that reopening plans may be in the works for the state. He said there will be no more lockdowns and hopes to share the next steps sometime soon.

At the same time, some other local leaders are making the case for a full reopening. Montgomery County Judge Mark Keough said, "When is this madness going to end" in a Facebook video that went viral last week.

"We're not going to survive the destruction of our economy," he said.

Keough gave a long list of reasons why he believes Abbott should fully reopen the state. The KHOU 11 Verify team fact checked several of those claims here.