On Aug. 10, the City of Houston reported its lowest positivity rate in over a month. 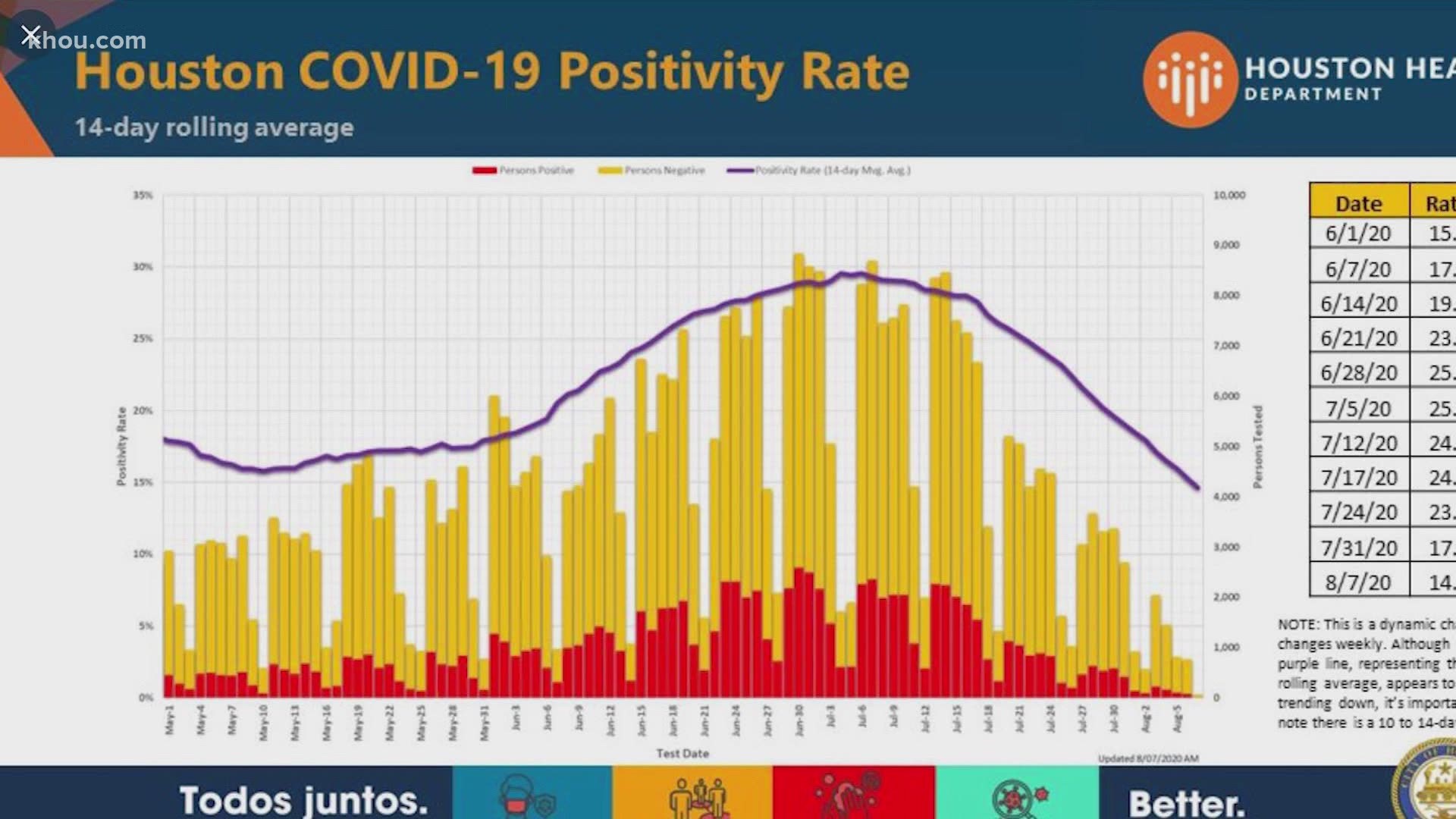 HOUSTON — The latest COVID-19 data is a mix of good and bad news for Texas and the Houston area. Let's start with the good.

The positivity rate shows the percentage of people who test positive out of all COVID-19 tests in a 14-day moving average. The most recent number was released Monday, and it showed that as of Aug. 7, the city's rate is 14.6%. That’s three percentage points lower than the city’s last update on Aug. 3 and more than 11 points lower than the all-time high in early July. Last week, the city's rate was at 17.6%.

The city’s public health authority said he is encouraged that Houstonians could reach Mayor Sylvester Turner’s goal of a 5% positivity rate or lower by the end of August.

“The movement’s in the right direction,” Dr. David Persse said. “What it means to me is that this is time for Houstonians to keep up all the good work that they’re doing. It does not tell me it’s our time to take the foot off the brake.”

Persse hopes a 5% positivity rate will be low enough for contact tracers to catch up on tracking the virus’ spread. He also thinks two new surge testing sites opening in Houston on Monday will help give an even clearer picture and allow people with the virus to notify others they’ve been around.

Dr. Persse said around 40% of those infected have little to no symptoms.

“They are unknowingly spreading the virus,” he said. “That’s what makes it such a huge challenge.”

Now, Persse, elected officials and doctors are urging people to take advantage of free testing and take the preventative steps they've pleaded with them to take so many times before.

The bad news is Texas is going in the opposite direction. The positivity rate is climbing statewide, now up to a record-high of nearly 21%.

The positivity rate is climbing as statewide testing numbers drop. The week ending Aug. 9, Texas conducted, on average, 34,154 tests per day. The week before, they tested 57,958 per day. That's a 41% decrease.