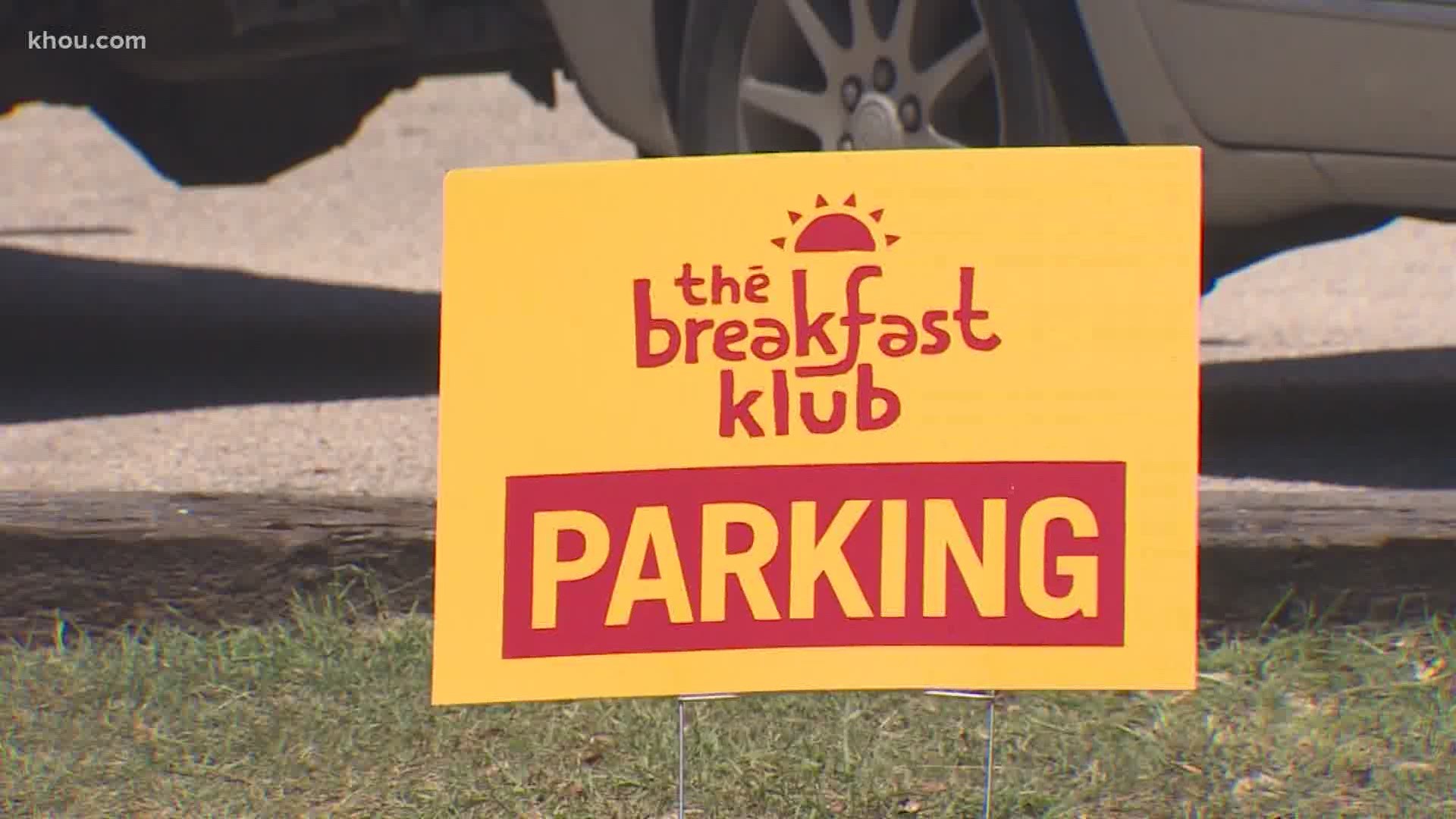 Gov. Greg Abbott's next phase in reopening the economy started Friday with restaurants statewide now allowed to operate at 75% capacity.

However, the economic expansion comes as COVID-19 cases are rising statewide and hospitalizations for the coronavirus hit an all-time high in the Houston area.

The restaurant industry employs more than 300,000 people in the Houston area. Although it survives on slim profit margins even during the best of times, some owners and managers told KHOU they’re prioritizing health over profits.

During Friday’s lunch hour, there was a line out the door and around the building at The Breakfast Klub in Midtown.

However, even with capacity restrictions loosened, owner Marcus Davis was playing it safe.

“It changes absolutely nothing,” Davis said. “Open the dining room to 75% while hospitalizations are increasing? It just doesn’t add up. We need leadership.”

The restaurant just opened its dining room to 25% capacity this week. Most of their tables are outside, spaced six feet apart.

All employees wear masks and gloves, with sanitizer readily available for everyone.

“My biggest concern is the impact that it has on human beings,” Davis said. “I’m still concerned on where we are and where we’re going with the virus itself more so than I am about how many people we serve today.”

At Christian’s Tailgate in Midtown, manager Jon Song said he’ll open more space and tables, both inside and outside, because of the expanded occupancy limit.

“We can have more employees back, so it’s a good thing for us,” Song said.

His employees will also wear masks and gloves and wipe surfaces.

“Seventy-five percent is, basically, our max,” Song said. “We don’t get past 75 at any given time.”

“It shouldn’t be politics that decides their capacity, it should be the health sciences,” Barth said. “Whatever they can safely space their tables out at at least six feet, six feet’s the minimum, then that should be their seating capacity.”

Barth said spacing is also crucial for liability reasons in case a positive COVID-19 case is traced back to the restaurant.

“Most places, there’s no concern,” said Leif Christensen, who ate at The Breakfast Klub on Friday while visiting from New York. “There was one place we visited in Austin that was packed, and people were drinking group drinks with, like, six people on one drink. We left. That was the line.”

Davis and Song said they’re doing everything on their end to keep customers safe.

Song asks customers to do their part by washing their hands and staying home if they have symptoms.