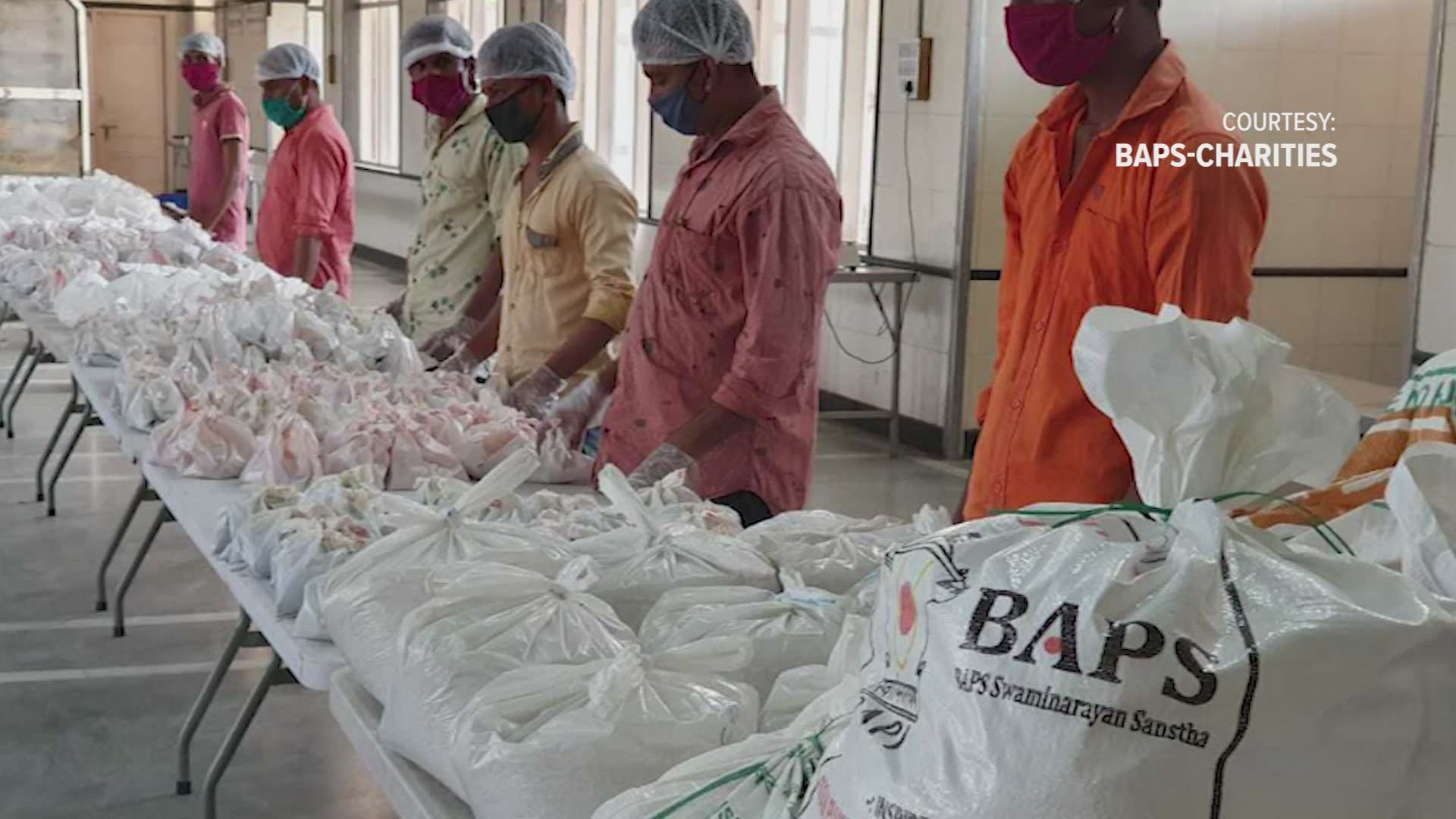 HOUSTON — Help is on the way to India from Houston to aid with the COVID-19 crisis that’s led to 20 million recorded cases.

“Everything that we hear, it’s very sad, and it’s very touching and emotional,” said Viral Desai.

Like thousands of people in the Houston area, Desai has family in India, including his 70-year-old aunt.

“She hasn’t left her house in days,” Desai said. “She is rationing her food.”

Desai says he and family have been video calling her constantly.

Desai volunteers with BAPS Charities, which has raised money after disasters, including Harvey.

Now the nonprofit is in India where they’ve delivered more than 5 million food packages to help alleviate shortages.

It’s a battle Desai says other nonprofits and other countries are fighting hand in hand.

“That’s the key thing,” he said. “One world, all of us, working together.”

People wanting to help can donate through the BAPS Charities website.

The Indian Doctors Association of Houston and the Richmond-based Dr. Ambedkar International Mission Inc. both set up GoFundMe pages to raise money for critical medical supplies.