The number of coronavirus deaths in Houston over the last 24 hours once again reached double digits and two of those patients were City of Houston employees. 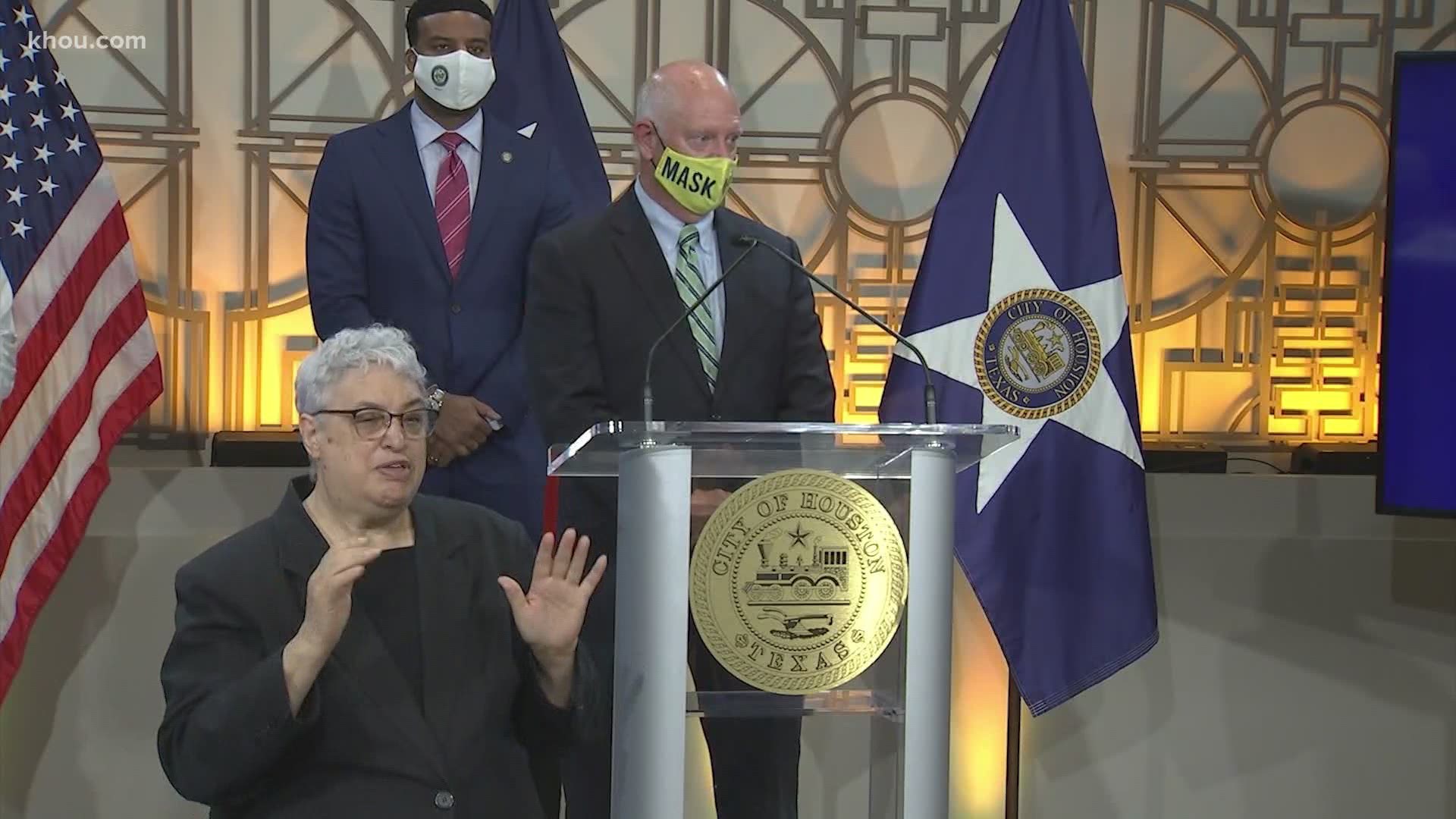 The city is in full crisis mode as the number of cases, hospitalizations and deaths continues to surge. Harris County remains on red alert level 1.

"If we do not turn our numbers around and adhere to the advice we have been saying, there will be no choice but to do a stay home order. Our destiny is in our hands," Turner said.

The mayor started his news conference with the sad news that two City of Houston employees have passed from COVID-19. In all, 286 municipal employees -- not including police and fire -- have tested positive.

KHOU 11 News
🙏 Capt. Leroy Lucio is a 30-year HFD veteran. He took a turn for the worse in his fight against COVID-19 and is now intubated in the ICU. Please keep him and his family in your thoughts and prayers.

RELATED: Despite a larger population, Texas deaths from coronavirus are 7 times lower than those in New York