Houston leaders urging minorities, group most likely to have COVID-19 complications, to get vaccinated

Several elected African-American officials got vaccinated Wednesday at UT Health to show other people of color that the vaccine is safe. 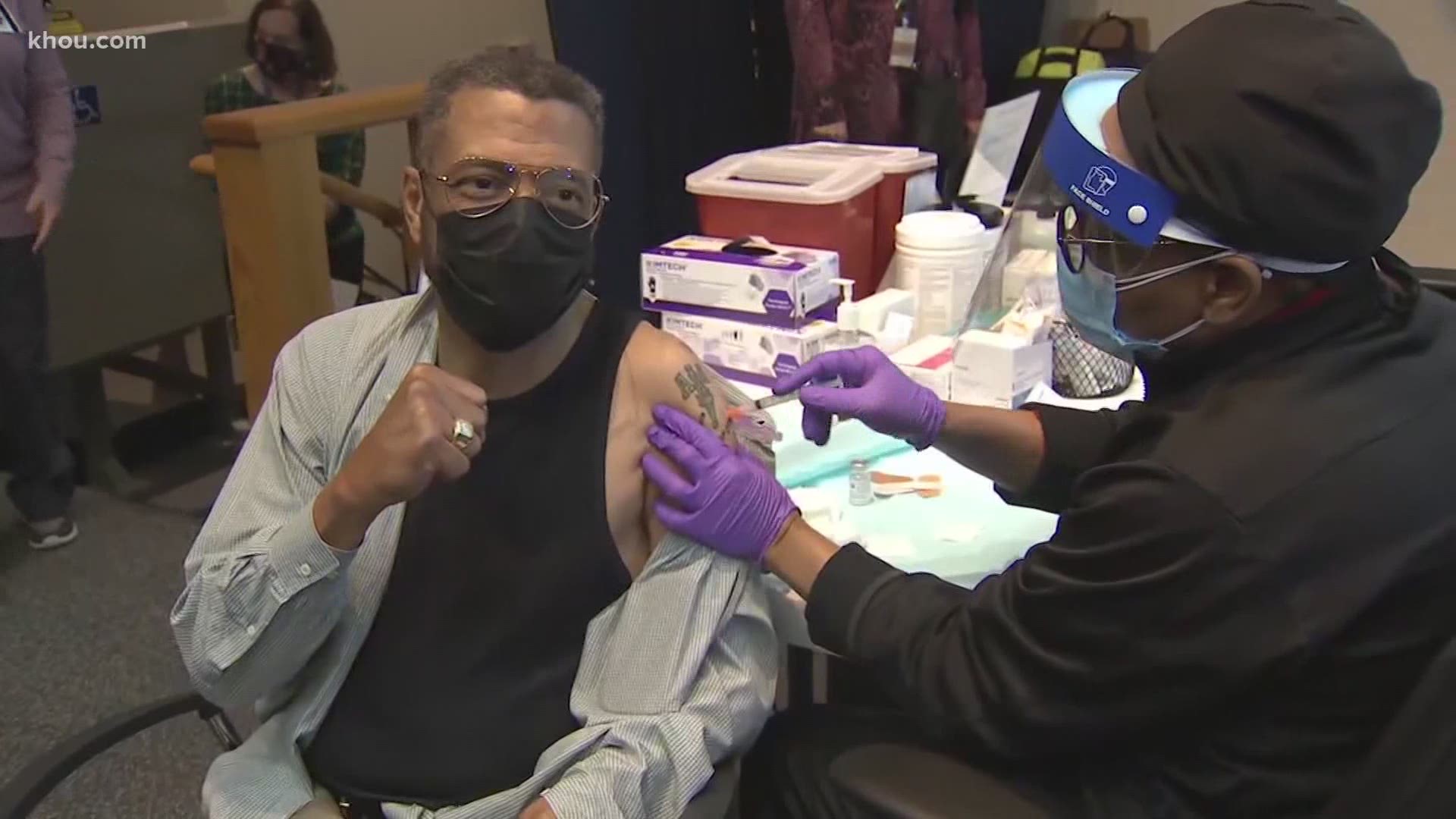 HOUSTON — Several Black elected officials rolled up their sleeves and got vaccinated to shows others, especially other people of color, that the COVID-19 vaccine is safe.

“There are no statistics that can justify us not getting the vaccine,” said state senator Boris Miles.

The group of Black leaders say conversations with constituents show reluctance about the vaccine is real. They acknowledge a history of unjust treatment has led to distrust now.

“If you think I don’t have reservations, you’d be wrong. I do, but I’m weighing the impact of the pandemic against the hopeful impact of this vaccine to eradicate and control this pandemic,” said State Rep. Senfronia Thompson.

Houston Mayor Sylvester Turner said he is scheduled to receive his vaccine Monday.

“In particular, we acknowledge the fact that black lives do matter and we want people to get beyond that period in our history,” Ellis said.

Most experts recognize Black men and women as statistically more likely to experience serious coronavirus complications, and moreover, they're most likely to avoid vaccination out of fear.

"Reluctance is very, very real," Turner said. "Almost every, single day when I'm giving out the numbers of the people that are impacted by this virus -- those who are contracting it, those who are dying from it -- in almost all of those reports, they're people of color."

That reluctance, according to officials, is the compounded result of African-Americans facing centuries of discrimination and mistreatment in healthcare, such as the unethical Tuskegee experiments and high mortality rates among Black women in labor.

It's another obstacle for health officials who are trying to help people across different socioeconomic — and sometimes political — backgrounds in an era where vaccinations has become increasingly controversial.