The city of Houston said it received more than 265 complaints and Harris County authorities said they got about 450 complaints since Friday. 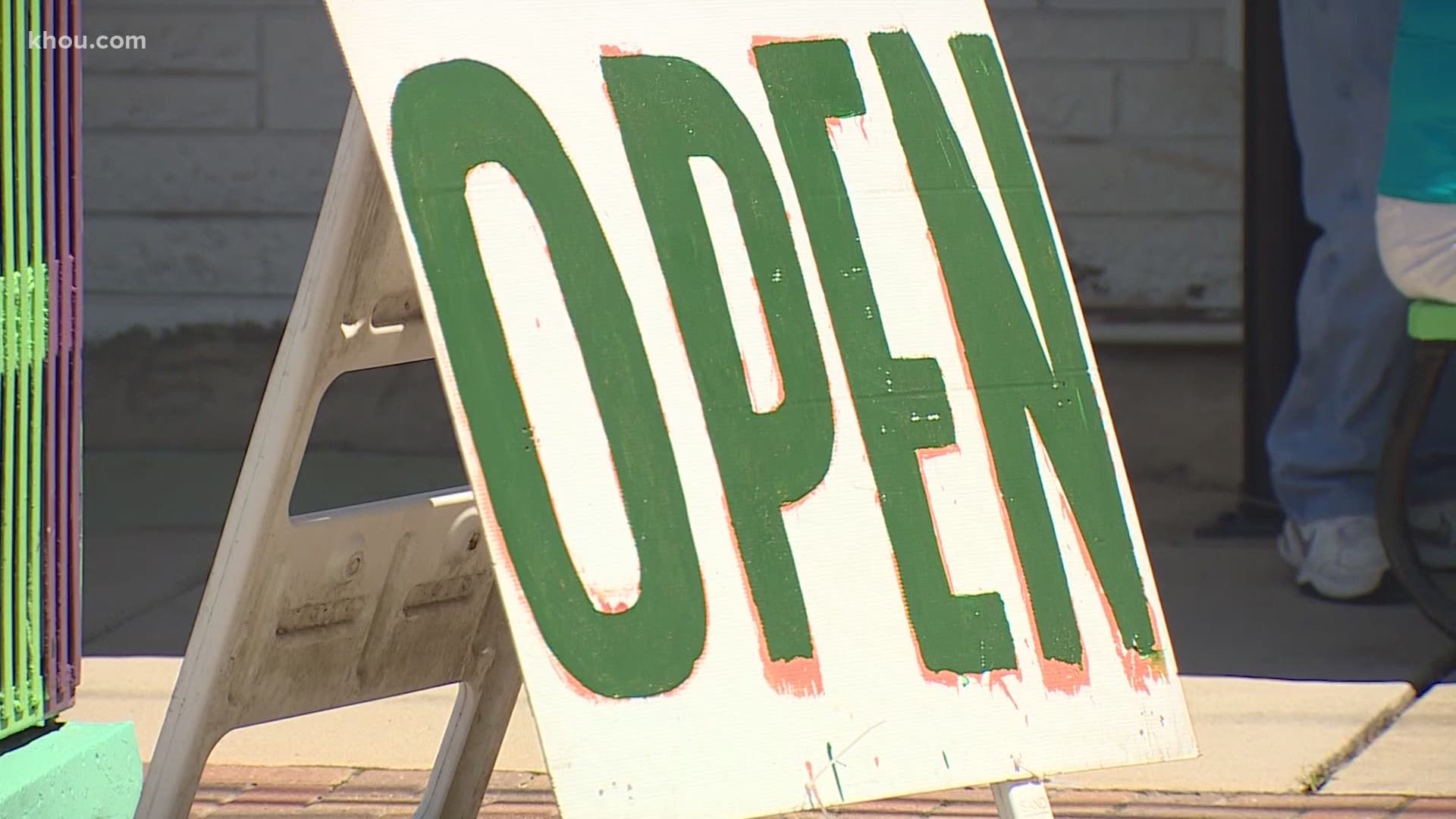 HOUSTON — City of Houston and Harris County authorities have received hundreds of complaints about businesses not complying with Gov. Greg Abbott’s order on reopening Texas.

The Houston Fire Department has nine teams set up for code enforcement, responding to complaints from people calling 3-1-1.

"And they're pretty busy, we're averaging about 70 calls for service in a 24-hour period, so they're really running from one complaint to another," Houston Fire Chief Sam Pena said.

Pena said since Friday his department has responded to 266 complaints. He said only 10 notices of violation were issued to businesses in that same time period.

"We're not there to shut them down. We're essentially there to inform them and provide some information on proper distancing and what the order requires and we've been very lucky to get compliance," Pena said.

Pena said that of the code violations issued, the majority have been to bars, which are not allowed to reopen yet.

He also said the biggest complaint from citizens is about businesses not complying with the 25% occupancy rule. But he said most complaints are corrected onsite.

"Once the management or the business owner understands what the requirements are, then, yes, they comply and they help us ensure that we're doing the right thing," Pena said.

Meanwhile, Harris County has set up a hotline and website for complaints. The county has gotten around 450 complaints since Friday.

The county website was shut down for a while because of reports of bogus complaints coming in from out-of-state political activists. The Harris County site is operational, for now.

RELATED: 'The virus has not left our city' | Houston mayor, experts urge caution as businesses reopen this weekend