Houston's reported COVID-19 hospitalizations, positivity rate and new cases are at the second-lowest level they have been in the past year. 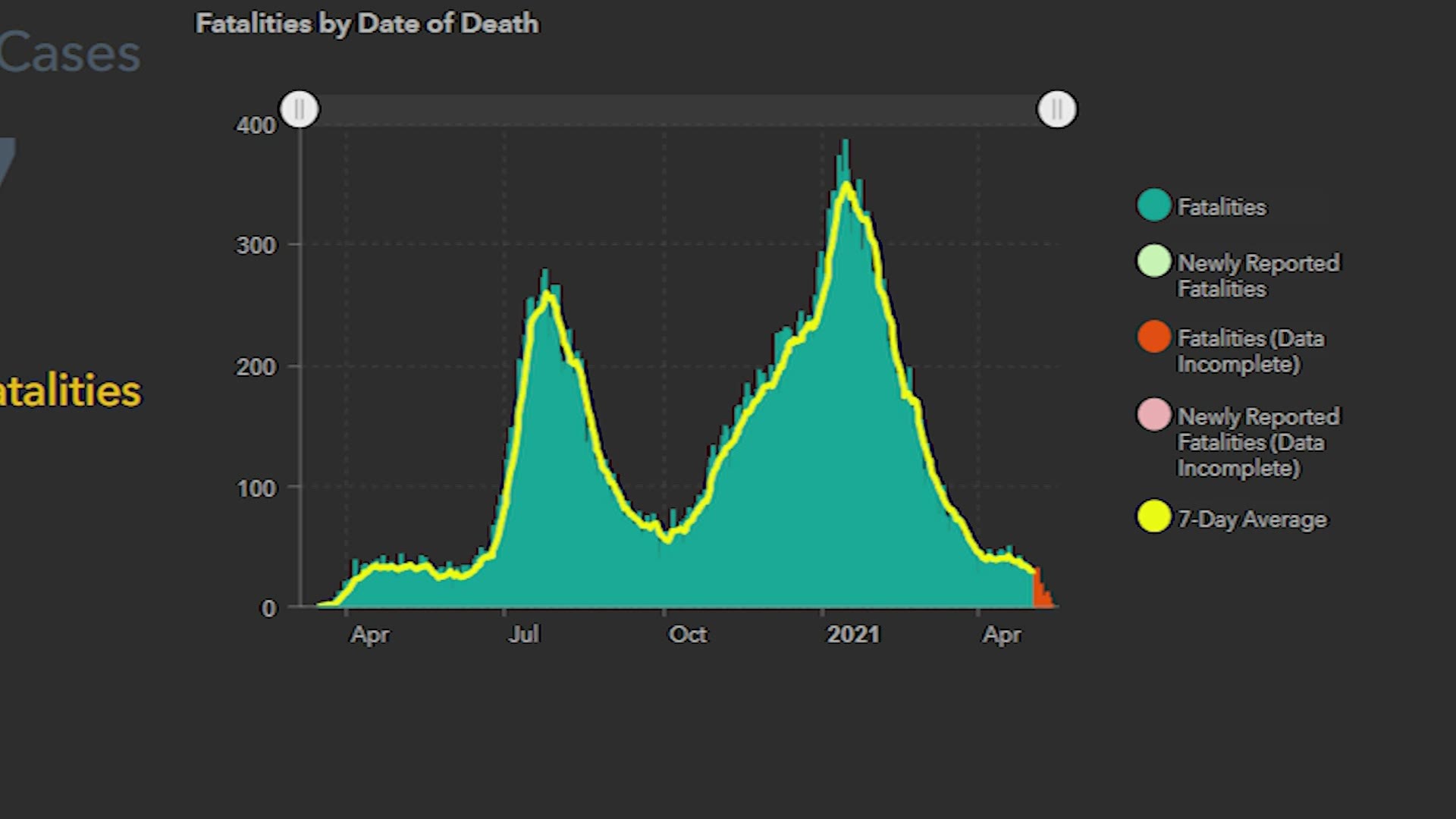 HOUSTON — As more people in Texas get vaccinated, the spread of COVID-19 continues to decrease.

The Texas Medical Center dashboard shows weekly average hospitalizations, positivity rate and new cases are at the second-lowest level in a year.

“We’re really pleased to be able to report some good news after a year,” said Dr. James McDeavitt with the Baylor College of Medicine.

McDeavitt thinks all those numbers will continue falling. The latest research shows people who are vaccinated are unlikely to become seriously ill and unlikely to spread the virus.

“So what could go wrong? I think what could go wrong is if a new variant emerges on the scene, and not a variant you’ve heard about. A variant that truly escapes the vaccine. Right now we don’t have one of those. That could set us back, but that won’t happen for quite some time,” he said.

Right now, the shots are working.

Gov. Greg Abbott tweeted over the weekend that there were zero COVID-19 deaths reported in Texas on Sunday, which hadn’t happened since March 2020.

A spokesperson for the Texas Department of State Health Services said the number of reported deaths is not necessarily the number of people who died on a certain day. Reporting is often delayed, especially on weekends. DSHS reported 23 deaths on Monday.

The Houston Health Department reported four deaths on Sunday. The new deaths are a reminder that the virus isn’t gone, even if the spread has decreased significantly.