No matter when it happens, the mayor says the preparations need to be underway. 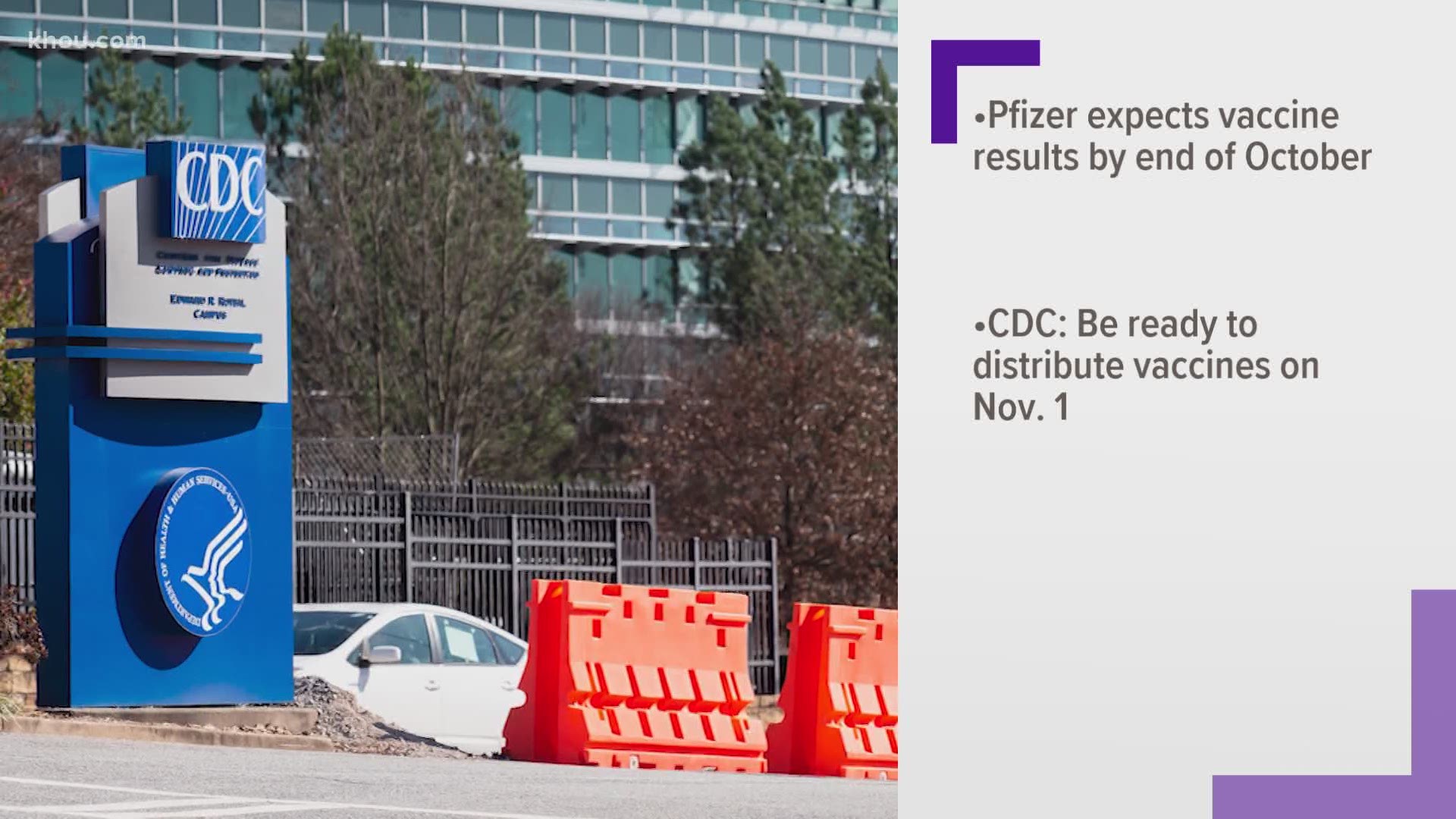 HOUSTON — The director of the CDC is calling on all states to have COVID-19 vaccine distribution sites fully operational by Nov. 1, according to a letter obtained by CBS News.

“I think it’s a very hopeful message,” Houston Mayor Sylvester Turner said on Thursday. “We’ll see whether or not it should happen.”

No matter when it happens, the mayor said the preparations need to be underway.

“Whether the vaccine is available in November or December or January, whenever it is, you put the infrastructure in place right now so that it could be disseminated as quickly as possible,” he said,

“However, our immunization staff for last two months has participated in weekly conference calls with the CDC and the Texas Department of State Health Services that focus on planning for a vaccine rollout when an effective candidate becomes available,” wrote Villarreal in an email. “At one point in those conference calls, our staff and other participants were informed that local health departments would need to prepare for a Nov. 1 vaccine rollout.”

Dr. Peter Hotez, dean for the National School of Tropical Medicine at Baylor College of Medicine, is part of a team working on a COVID-19 vaccine.

During a luncheon Thursday, he said safety is the toughest and most time-consuming part of developing a vaccine.

“Those of us in the scientific community are scratching our heads,” said Dr. Hotez. “How is it possible that you would have sufficient data showing these vaccines are safe and effective by Nov. 1?”

Dr. Hotez predicts a vaccine in the second half of 2021.

“What we are seeing, though, are a lot of political pressures to do this fast, given both the dire need, but there are also other political considerations,” said Dr. Hotez.

The U.S. Secretary of Health and Human Services denied any political pressure.

“It has nothing to do with elections,” Alex Azar said. “This has to do with delivering safe and effective vaccines to the American people as quickly as possible and saving people’s lives.”

Both FDA Commissioner Dr. Stephen Hahn and Dr. Anthony Fauci have said no vaccine would be approved or granted emergency authorization without sound data and science behind it.

“I would not be comfortable with a vaccine unless it was shown in a clinical trial clearly to be safe and effective,” said Dr. Fauci, Director of the National Institute of Allergy and Infectious Diseases.