Another side effect of COVID-19: Too. Much. Trash.

Every day in Houston, people are trashing up our city by tossing tens of thousands of disposable masks and gloves on the ground. 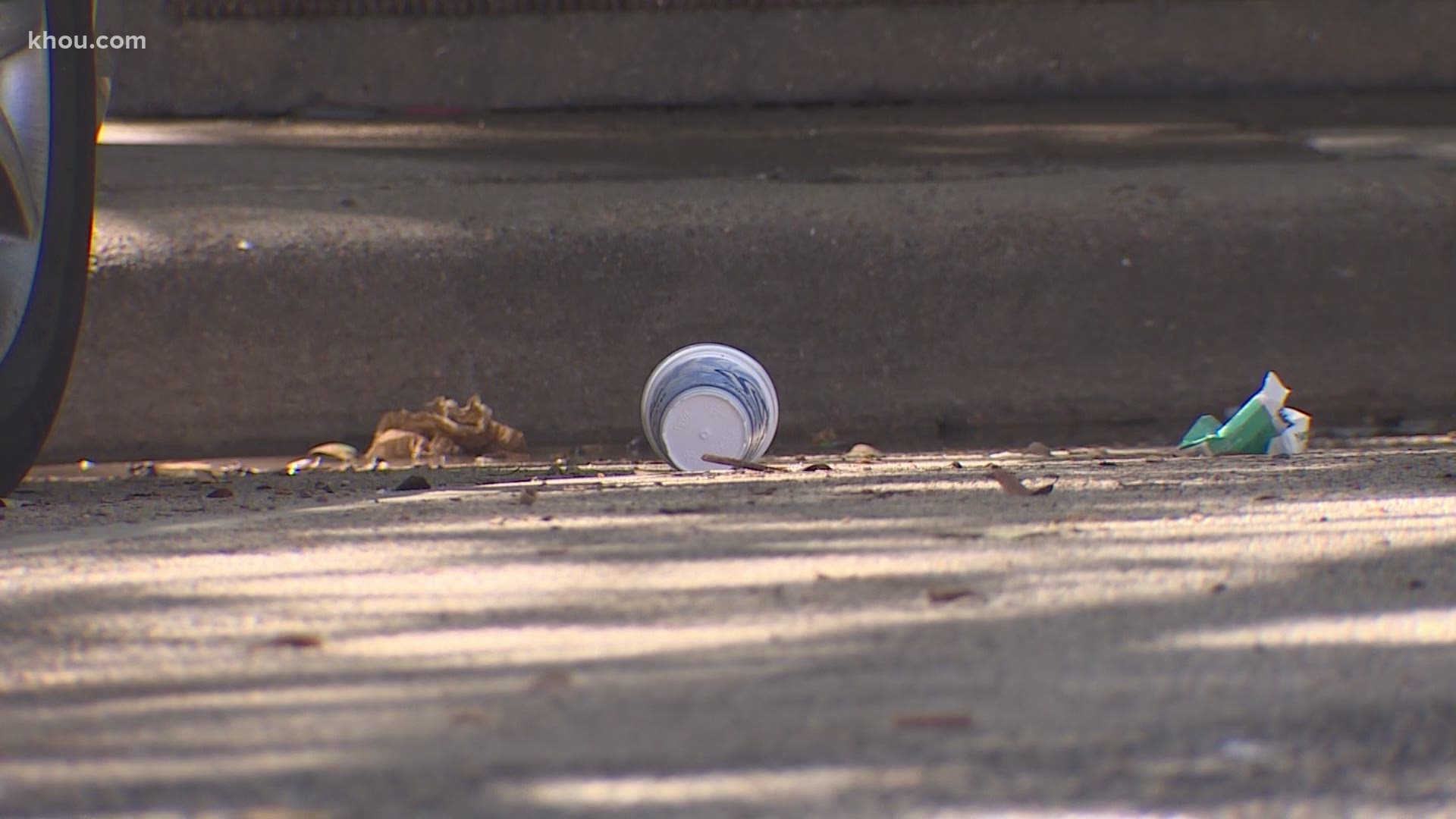 HOUSTON — The City of Houston has launched a new campaign to cut down on litter linked to the coronavirus pandemic.

“We’ve all noticed the increase of litter around our city,” Mayor Sylvester Turner said when he announced the campaign on Wednesday.

The campaign is called “Don’t let Houston Go to Waste Because Litter Is Trashy.”

Part of the problem is the PPE we’re wearing to help stop the spread of COVID-19. The disposable masks and gloves are being tossed to the ground instead of into the nearest trash can.

Turner cited a few other reasons there’s too much trash:

The trash spoils the beauty of nearly 400,000 acres of parklands and green spaces across Houston. The City Parks Department already works seven days a week to haul off 200,000 bags of trash from parks every year.

And when it ends up in storm sewers and drainage ditches, the chances of flooding increase.

We must work together to “Don’t Let Houston Go to Waste.” Remember, “Litter is Trashy.” #KeepHoustonBeautiful pic.twitter.com/NEPbtDEWwz