The number of coronavirus cases in the City of Houston surpassed 100,000 over the weekend. 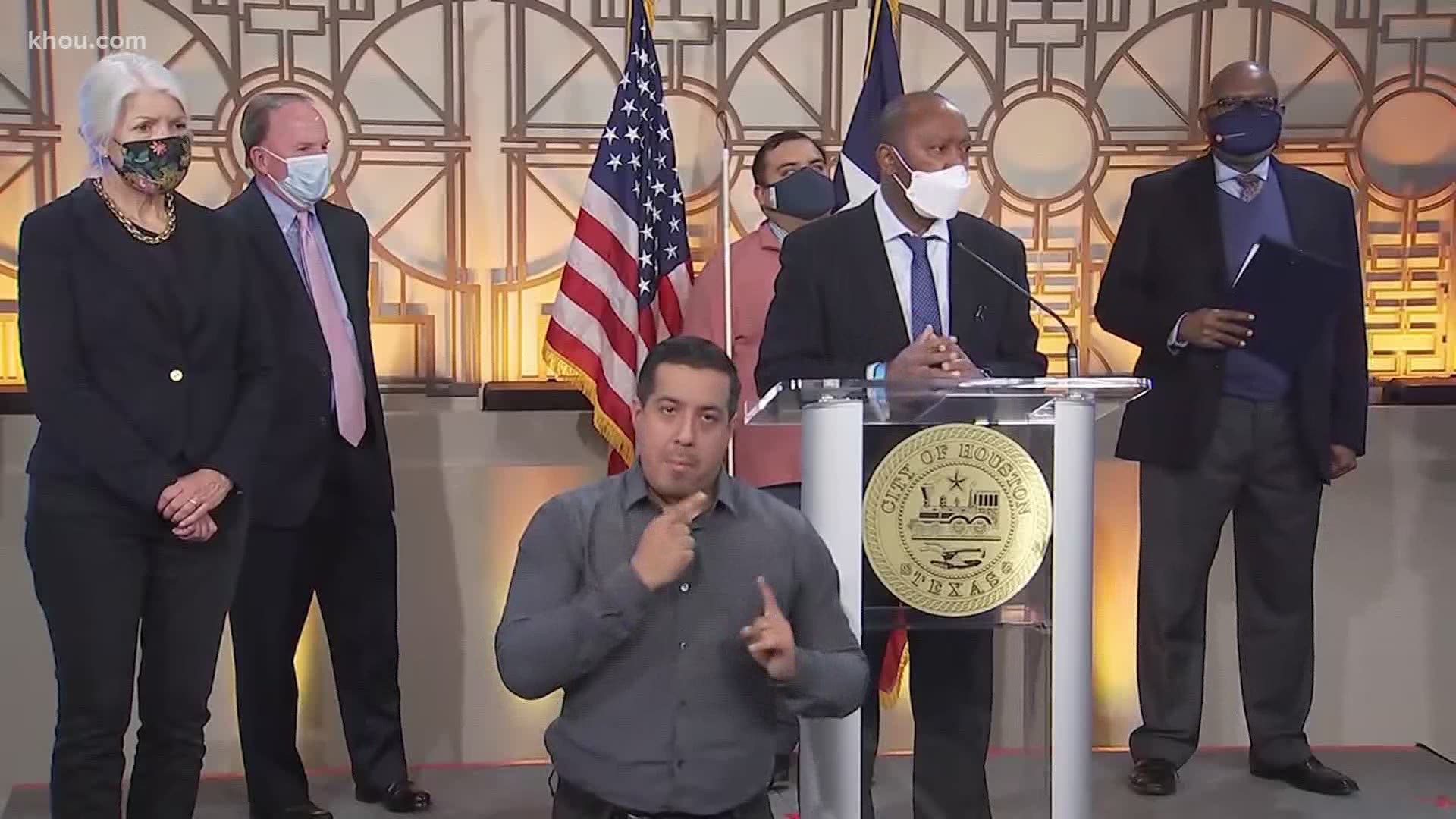 HOUSTON — The City of Houston's COVID-19 positivity rate has increased to 8.8%, according to Mayor Sylvester Turner. That's up from 8.4% from last week. The goal is to get to 5% or below.

Houston surpassed 100,000 COVID-19 cases over the weekend. As of Monday, there have been 101,300 total cases reported since the pandemic began in March.

One bright spot, Turner said, is hospitalizations were down this week and are much lower than during the summer surge.

Based on key numbers, the mayor said a curfew isn't necessary right now but it's still on the table.

“I reserve the right to do it based on the numbers we are watching. That is a nuclear option. You’ll hurt not only your bad actors but your good actors as well," Turner said. "I’ll look at numbers, talk to medical pros first. If we need to go there, I’ll go there. Not there yet to pull the trigger."

Here are other key bullet points from the Monday afternoon briefing:

On Sunday, infectious disease expert Dr. Peter Hotez said we're in a dire situation in Texas and nationally and the Thanksgiving surge hasn't even reached its peak.

"People are coming in sicker than they were in the past," Hotez said. "That gives me a lot of concern that people aren't taking this seriously."

Hotez said things will get worse before they get better.

"This is going to be a very grim next couple of months, unfortunately," Hotez said. "These next two months is when the loss of life will be at its maximum."

The virus could kill 10,000 to 15,000 more Texans by Feb. 1 so Hotez and other public health officials are urging folks to not let their guard down this holiday season.

"This is a tough time. The key is not to lose your mother, father, brother or sister when we know if get them to the other side we can get them vaccinated," Hotez said.