A TABC spokesperson says their agents will be doing extra inspections throughout the state over the weekend. 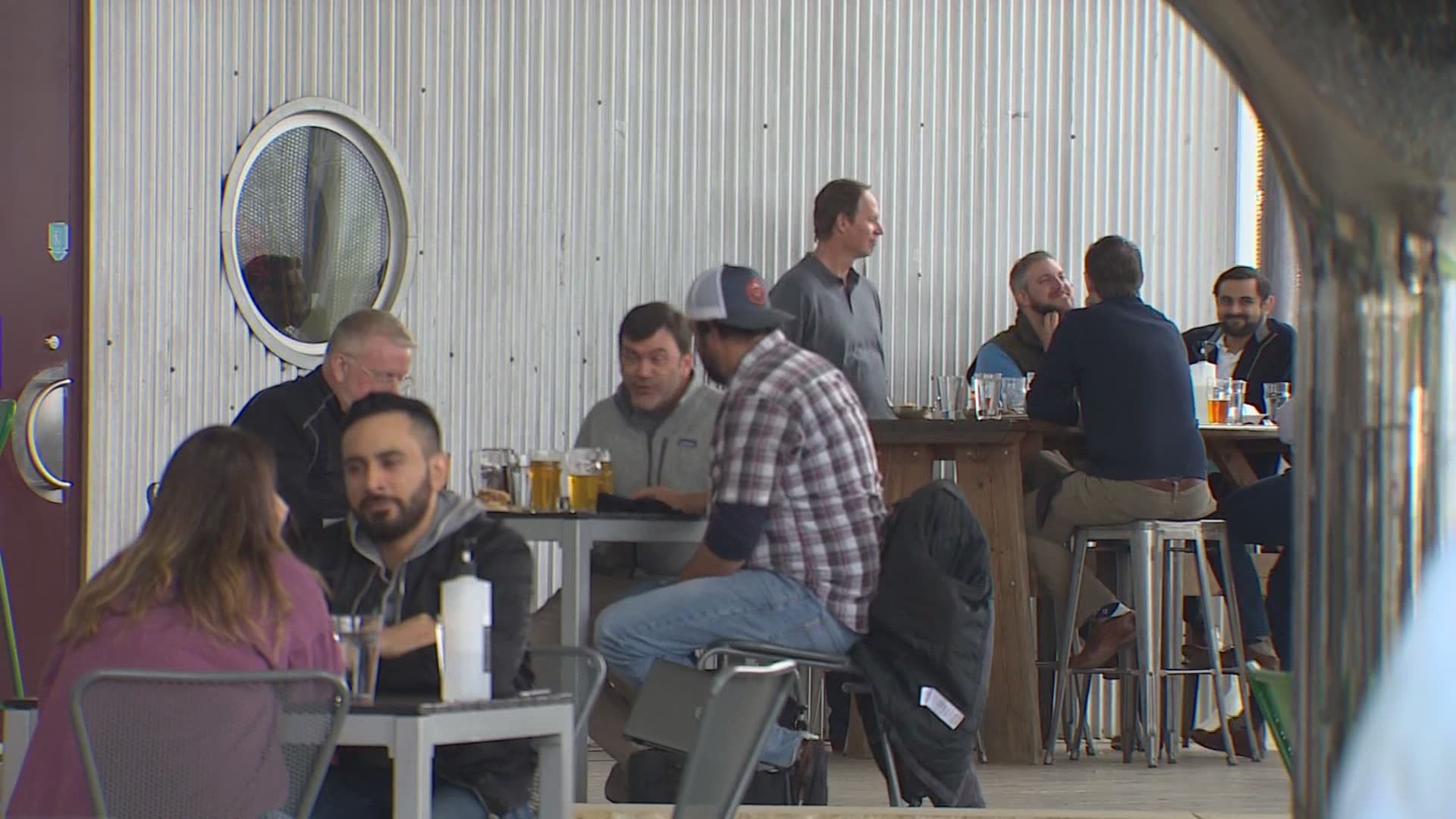 HOUSTON — Bars, restaurants and breweries around town are staffing up and taking precautions for the first Super Bowl Sunday during a pandemic.

The expected sunny, beautiful weather Sunday, mixed with the Super Bowl showing on a super-sized screen, could bring in big crowds.

“You never know on those and especially on a year like this,” said Lennie Ambrose with Saint Arnold.

Still, Ambrose says they’re staffing up, including the to-go area.

“In case people would rather take beer to go, pizzas, chips and queso to go, and just take it maybe at home if they’re just watching with their immediate family,” he said.

People who prefer to eat and drink on-site will find sanitizer, spaced out tables, and masks required away from the table.

St. Arnold is keeping indoor dining closed. They’re also limiting outside capacity, even though they don’t have to.

“Everybody seems to participate and agree and be cool with everything,” said Ambrose.

For people that would rather watch the game away from the bars and restaurants, local public health officials recommend only gathering with household members, outdoors if possible.

A TABC spokesperson told KHOU 11 News their agents will be doing extra inspections throughout the state over the weekend, including in Houston on Sunday night during the game. They’ll be proactively looking for violators and following up on complaints.

A spokesperson with the Houston Fire Department said their teams would be ready to respond to complaints about businesses not following COVID-19 restrictions.