"It’s terrifying because the goal post moves every day," said Al Jara with Marquis II. "Nobody’s trying to help us. Nobody wants to help us," said Sandra Young. 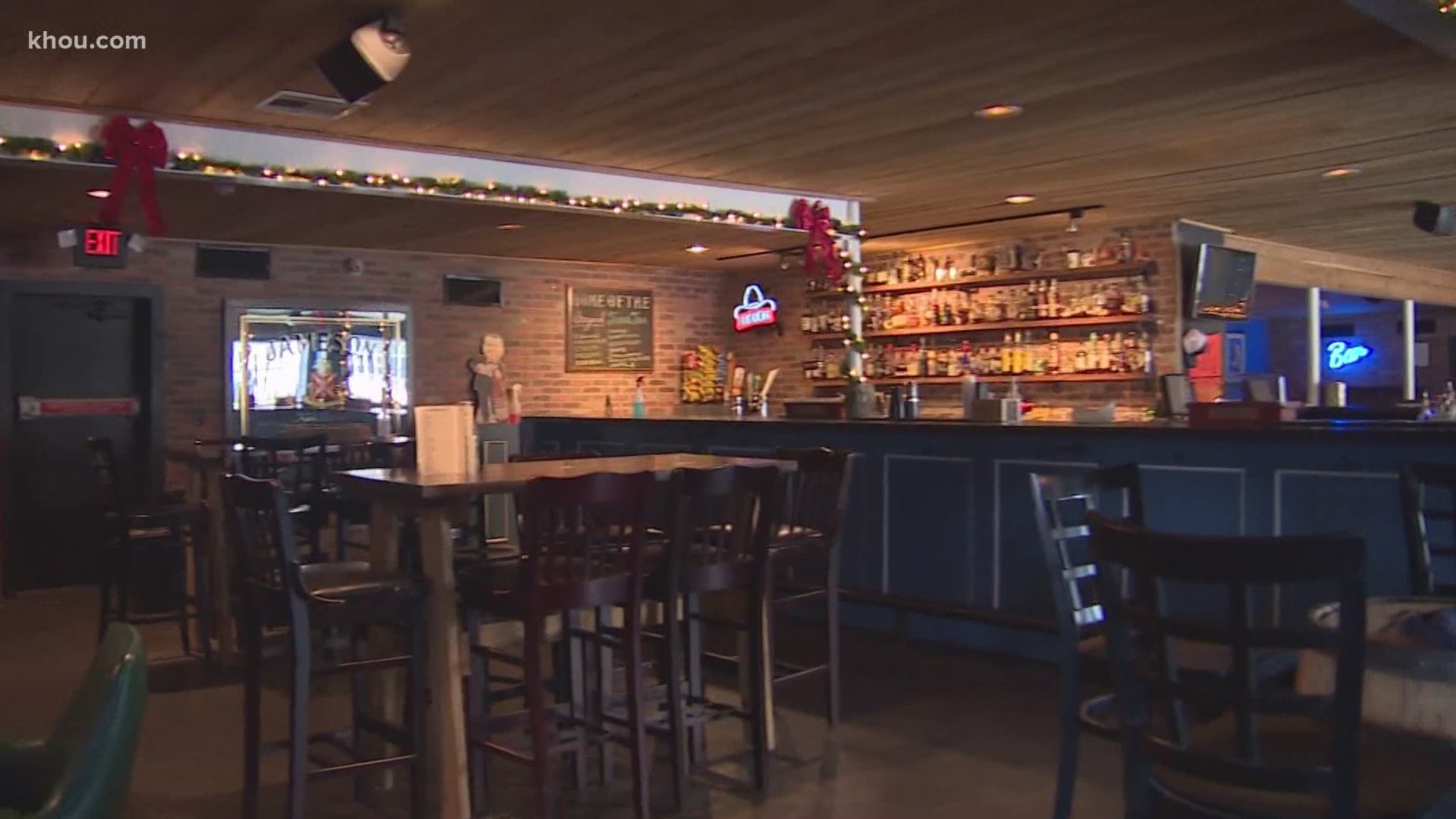 Meanwhile, the latest jobs report from the U.S. Department of Labor shows that while the national economy continues to recover from the pandemic, jobs in the leisure and hospitality sector continue to take a hit.

Restaurants like Miler’s Café in Houston had to immediately rollback dining room capacity from 75 percent to 50 percent.

“I don’t see it affecting us too much,” said Johnathon White, who owns Miller’s Café. “We’re going to socially distance our tables, remove some seating, have the lines form outside.”

White laid off staff and had to shut down his downtown Houston location in April 2020. He’s preparing to reopen the location Monday.

“We’re just going to be limited to to-go only down there,” White said. “We all got to do what we can.”

“The hoop was worth jumping through because the alternative was being closed,” Marquis II Owner Al Jara said.

Al Jara, owner of Marquis II, says while getting the food permit is TECHNICALLY keeping his doors open...

Under the governor’s order, bars need to close and return to selling drinks to-go. But this portion of the order doesn’t technically affect bars within Harris County. County Judge Lina Hidalgo opted out of allowing bars to re-open.

According to the Texas Alcoholic Beverage Commission, 640 bars re-classified as restaurants earlier in the pandemic. The TABC reports 659 bars have not re-opened since they were initially shutdown in March.

“We are open! Yes, ma’am. We do serve food,” said Jara in an effort to entice people to support his local business.

“I don’t want to be a restaurant,” owner Sandra Young of Bokeeter’s in New Caney said. She has owned the Montgomery County dive bar since 2009.

According to the TABC, Bokeeter’s is one of the 211 bars in the eight other counties of the Houston region that should be closed right now. But it’s open despite the governor’s order and in spite of a 60-day suspension from the TABC.

Young said the suspension was issued in December because Bokeeter’s doesn’t require people to wear face masks in order to enter the bar off Highway 59.

Owner Sandra Young, just back from President Trump's Stop the Steal rally, is determined to save her 11YO business.

She says everyone knows about COVID-19 and the risks.

People can make their own decisions.

She has to keep her doors open in order to save her small business: pic.twitter.com/muJmqhdkiM

“Nobody’s trying to help us. Nobody wants to help us. They want to see us go away,” said Young, who plans on standing her ground. “I will fight this tyranny to the absolute end, to my last breath. I will fight it.”

Ten months into this national emergency, and some small businesses are working to survive while pivoting to an ever-changing set of restrictions.

“I hope people hear I need to support these businesses,” White said.

The TABC confirms it has suspended Bokeeter’s liquor license three times within the last six months. State agents say they will continue to inspect bars and enforce the governor’s order.

WHERE TO REPORT BUSINESSES NOT COMPLYING WITH TEXAS COVID-19 ORDERS

TABC spokesman Chris Porter said "continued, repeated violations could result in increased penalties up to and including cancelation of a business' liquor license. That said, we make every effort to promote voluntary compliance."

Correction: Food is available at the food truck parked outside Bokeeter's bar. Earlier versions of this article stated Bokeeter's did not serve food.