Holiday spirit is still alive in Houston, even though season is plagued by pandemic 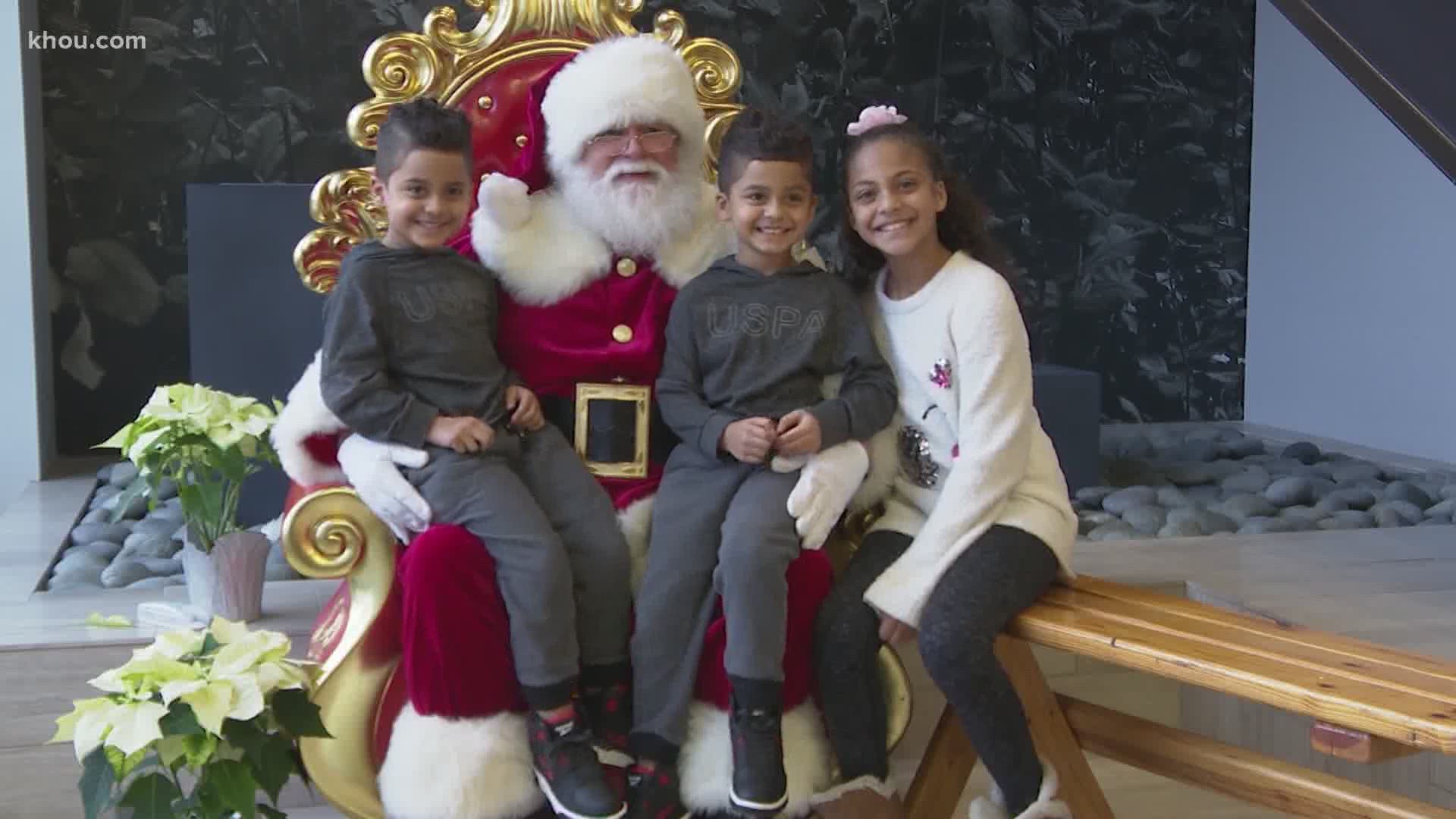 HOUSTON — The holiday spirit continues to shine throughout the Houston area despite the ongoing COVID-19 pandemic. Neighbors are celebrating the season in old and new ways.

“Your spelling is pretty good, I recognized everything you put down there,” Santa Claus said to a masked girl on his lap as she shows him her Christmas List at a small “meet Santa” event at Memorial Green.

Santa said he dropped by to reassure kids that pandemic or not, he’ll still be working Christmas Eve.

“I’m just out here visiting with the children, trying to get their last-minute lists,” Santa said. “They get to tell me what they want, and some of the things they’ve been concerned about.”

If you were concerned, Santa appeared to be as healthy as ever.

“I don’t get out much,” he said. “The elves take a vacation. I had to quarantine a few of them at the start of the year, but they’re OK, nobody caught it.”

The spirit of giving was alive and well at a toy drive inside of a Pasadena cantina on Sunday afternoon, where the price of admission was one toy per person.

Kids lined up to pick a present from the bag of Pancho Claus, where the simplest gifts brought the biggest smiles.

For the 25th year in a row in downtown Houston, the menorah was lit at City Hall in celebration of Chanukah.

It shines as one more image of hope in Houston this holiday season, where even in the darkness, light can be found.