History shows how deadly second wave of a virus can be

If we look back at history, we can see how deadly a second wave can be. 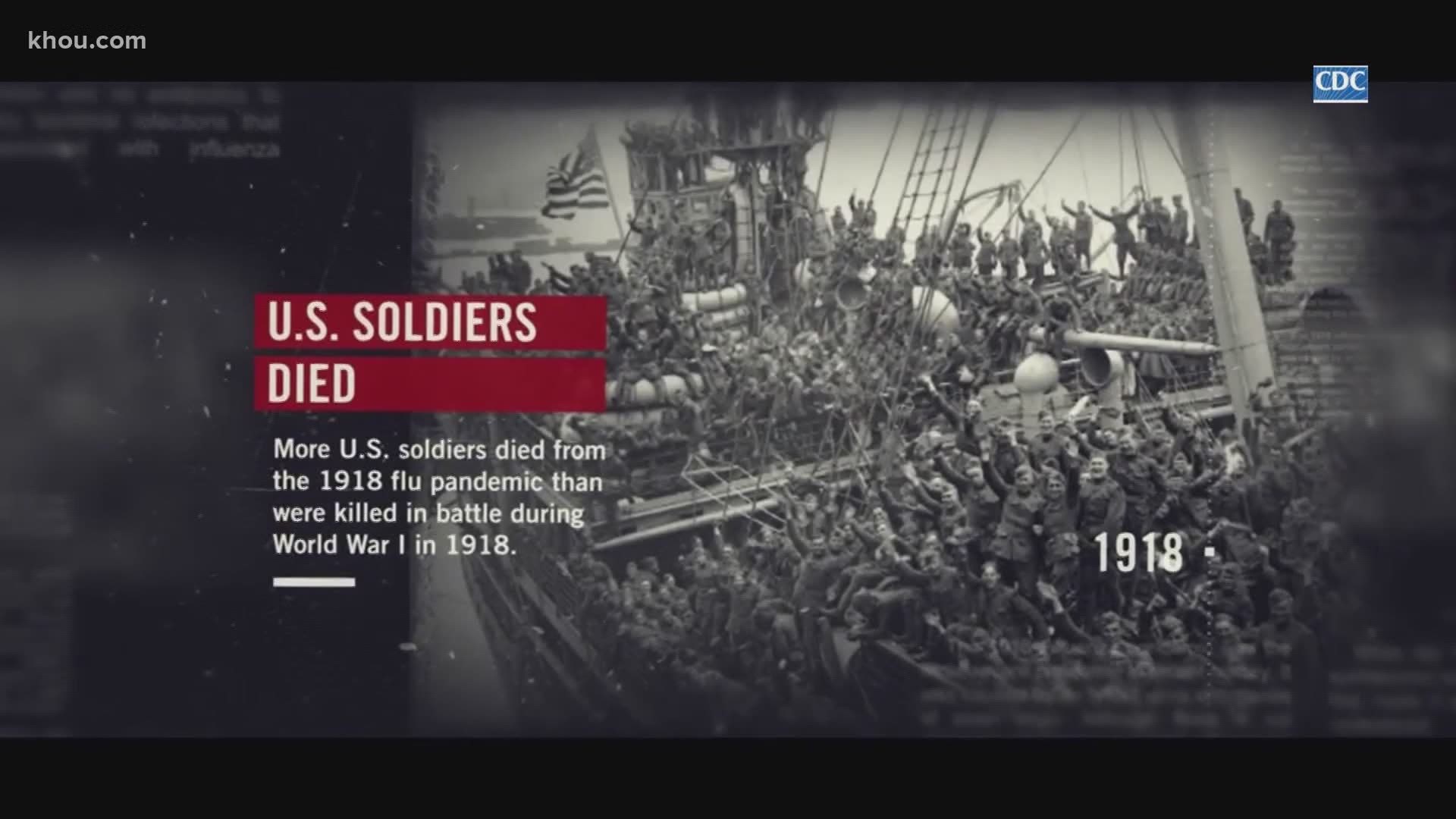 “If we have a second spike of this virus, everything is going to have to shut back down,” said Harris County Judge Lina Hidalgo.

If we look back at history, we can see how deadly a second wave can be.

“The Spanish Flu is the reference point," said Helen Valier, associate director for the Medicine and Society Program at University of Houston's Honors College.

She studies the outbreak that started in 1918.

“The second wave really did coincide with troops moving back into the us in particular from Europe," Valier said.

World War I was ending, and as things like shipping and railroads expanded, so did the virus. It was during the summer months, a time when it was expected to go away.

In the end, the numbers were staggering. One-third of the world’s population were infected, and the death toll was 50 million. It’s who died that was surprising.

“The second wave affected people who were in their 20s and 30s more severely,” she said. “That had a enormous economic impact, because you are taking out the most productive members of your population.”

They are communities that faced the same difficult decisions our generation is now.

“The difference between death rates really was whether local politicians, mayors, public health officials could get people to do social distancing," Valier said.

It's a lesson from history to take it seriously and remember we’re not alone.