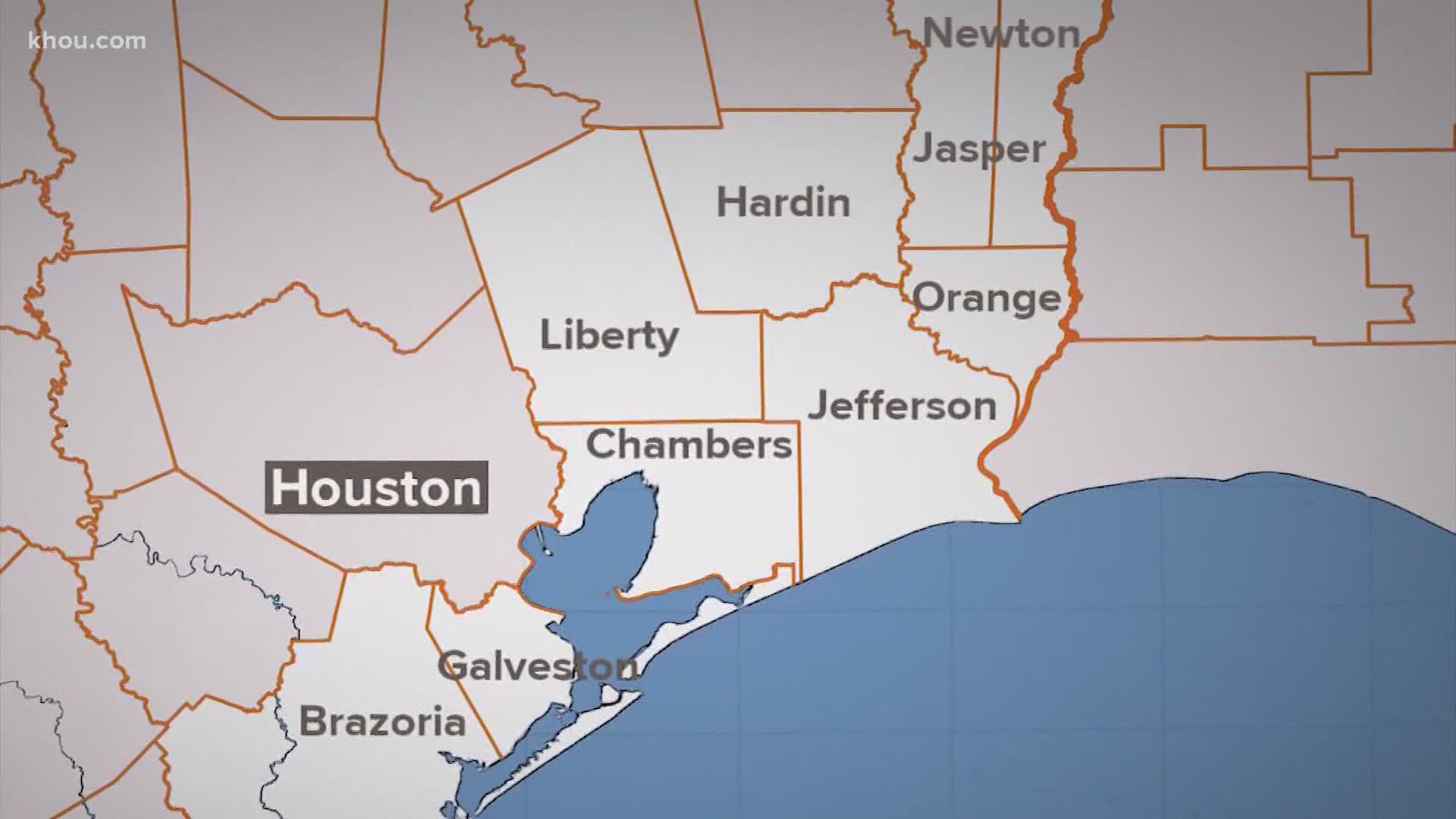 According to the state, Galveston, Chambers, Brazoria, Hardin, Jasper, Jefferson, Liberty, Orange and Newton counties make up a Trauma Service Area that has had seven consecutive days in which the number of COVID-19 hospitalized patients as a percentage of total hospital capacity exceeded 15%.

The state told the counties to pause elective surgeries and to scale back indoor business capacity to 50% starting Tuesday. Bars are also ordered to halt to indoor service.

In order for the area to return to where they were at (allowing elective surgeries and businesses operating at 75%), they'll need to log seven consecutive days with less than 15% of their hospital capacity being COVID-19 patients.

A Beaumont doctor says he's disappointed that it got to this point.

“With all the information we've had over the past several months in terms of how to flatten the curve, we should know better and it's disappointing that we're sliding backward,” says Dr. Msonthi Levine.

The state issued this statement on the rollbacks:

"This is due to the governor’s executive order, GA-32, which allowed for opening to 75% of capacity for various businesses. That is rolled back if the number of hospitalized COVID patients in a trauma service are greater than 15% of the overall hospital capacity for seven consecutive days. The letters sent to county judges today are attached as is the executive order. There is more information at https://www.dshs.texas.gov/ga32/."

A copy of the letter that was sent to local county judges is below:

Hospitals must cancel elective surgeries and bars will have to shut down and return to to-go service only.

Other businesses must scale back to 50% capacity. This excludes hair and nail salons. They can continue operating at 75% capacity but must follow social distancing guidelines.

Counties can ask for an exemption and, if granted, continue to operate at 75% if the county has fewer than 30 cases reported over the last 14 days.