With no confirmed coronavirus cases in Harris County, health officials urge public to be vigilant in taking precautions

Although there are no confirmed cases in the county, officials are doing what they can to keep the public informed. 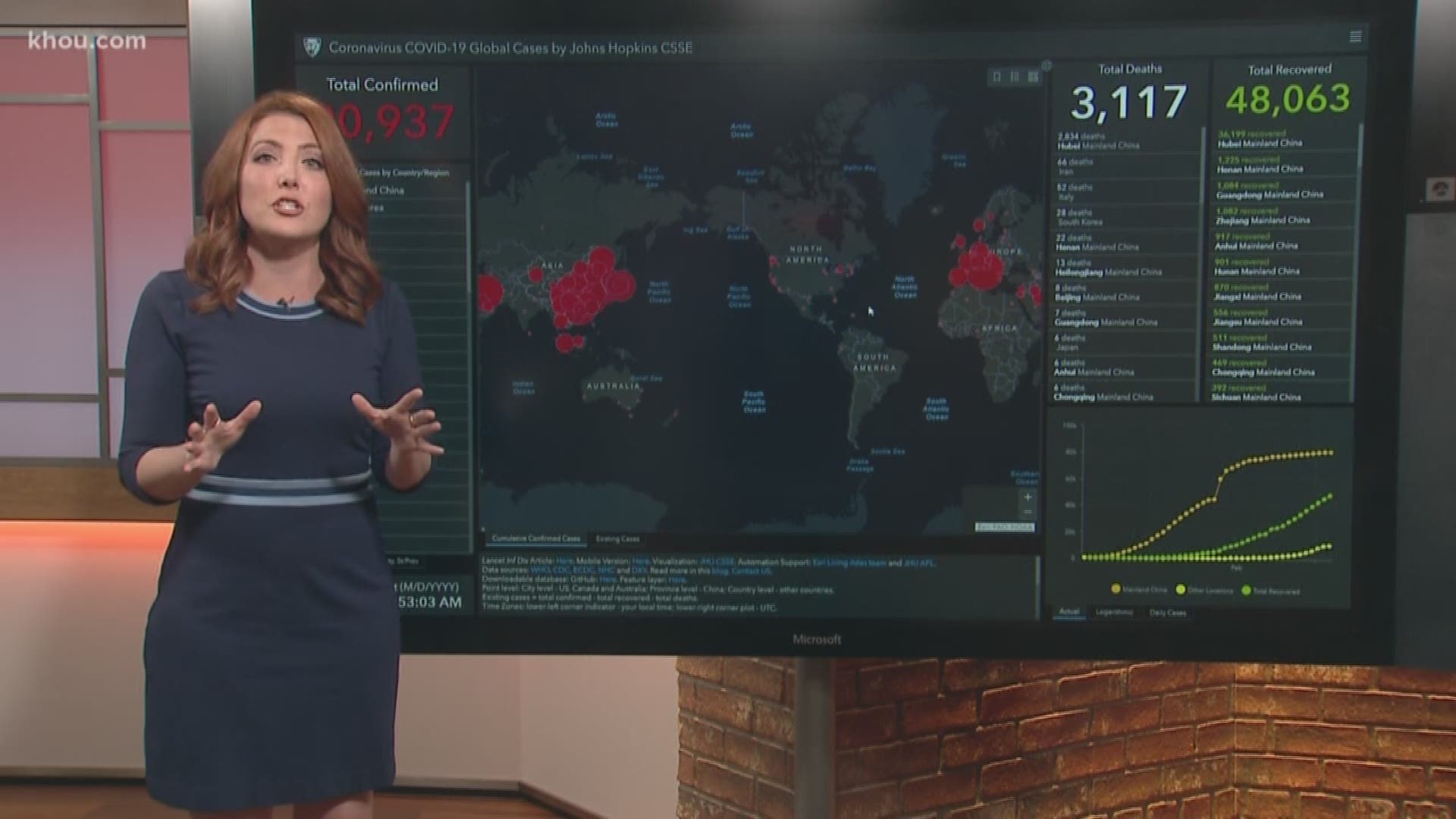 HARRIS COUNTY, Texas — Even though there aren't any confirmed cases of coronavirus in Harris County, officials are doing what they can to keep the public informed on the county's efforts to address the threat.

On Monday, Harris County Judge Lina Hidalgo and Executive Director of Harris County Public Health Dr. Umair Shah, along with other health officials, provided updates on the novel coronavirus in the Houston area.

The officials stressed the fact that there have been no confirmed cases of the novel coronavirus in Harris County or Houston. They said there have been several people who have been monitored and tested, but all tests have come back negative. They stressed that there is still no vaccine for the virus and the best thing you can do is to follow public health advice. The officials said the virus is not terribly unlike the seasonal flu.

If there is a confirmed case, Hidalgo said the public would be immediately informed.

What should you do? Avoid traveling to high-risk countries and take the precautions that you always take with respiratory illnesses such as washing your hands and covering your mouth when you cough.

Due to the "understandable" fear, Harris County created a rumor control website. Click here to visit the site. There are still many unknowns because the virus was just discovered in December 2019. It's not clear if the warm weather will have an effect on the spread of the coronavirus.

They said they are not releasing numbers or specifics about the people who have been tested in order to keep people comfortable enough to come forward to be tested if they're experiencing symptoms.

Hidalgo said since there are no cases in Southeast Texas, there is no need to make changes to the Houston Rodeo.

Officials said there are plans in place in case the virus hits the area. The expectation is that it could affect Houston and Harris County at some point and the public health department is continuously monitoring the situation. The plans could include isolating and treating the individual, or if the symptoms aren't severe, the person could be sent home to self-quarantine.

Worldwide, more than 3,000 people have died from the virus, including six in the state of Washington.

A Rice University employee was tested for the virus Monday after recently traveling overseas. Officials said he had contact with a possible COVID-19 positive case. The university said the staff member has not had direct contact with the undergraduate population and the employee's overseas travel destination was not on the Centers for Disease Control and Prevention's restricted list.

The test was sent from Houston to the CDC in Atlanta. It's expected to arrive in Atlanta on Tuesday and test results should be back within 48 to 72 hours from that point.

Health officials said there is no cost to test for coronavirus.

The Rice employee is self-quarantined and is not showing any significant symptoms that would cause concern.

Officials mentioned that severe acute respiratory syndrome (SARS), Middle East respiratory syndrome (MERS) and ebola were all epidemics that were stopped without vaccines. The epidemics were stopped by people following aggressive public health precautions such as washing hands, covering coughs, cleaning commonly touched surfaces and not going to work if they were sick.

RELATED: This interactive map shows all reported coronavirus cases in the world

RELATED: Children can get the coronavirus but most will have mild symptoms

RELATED: What are the symptoms of coronavirus and who is most at risk?