Harris County jails are running out of space and now the sheriff is asking for help to keep the inmates and jailers safe. 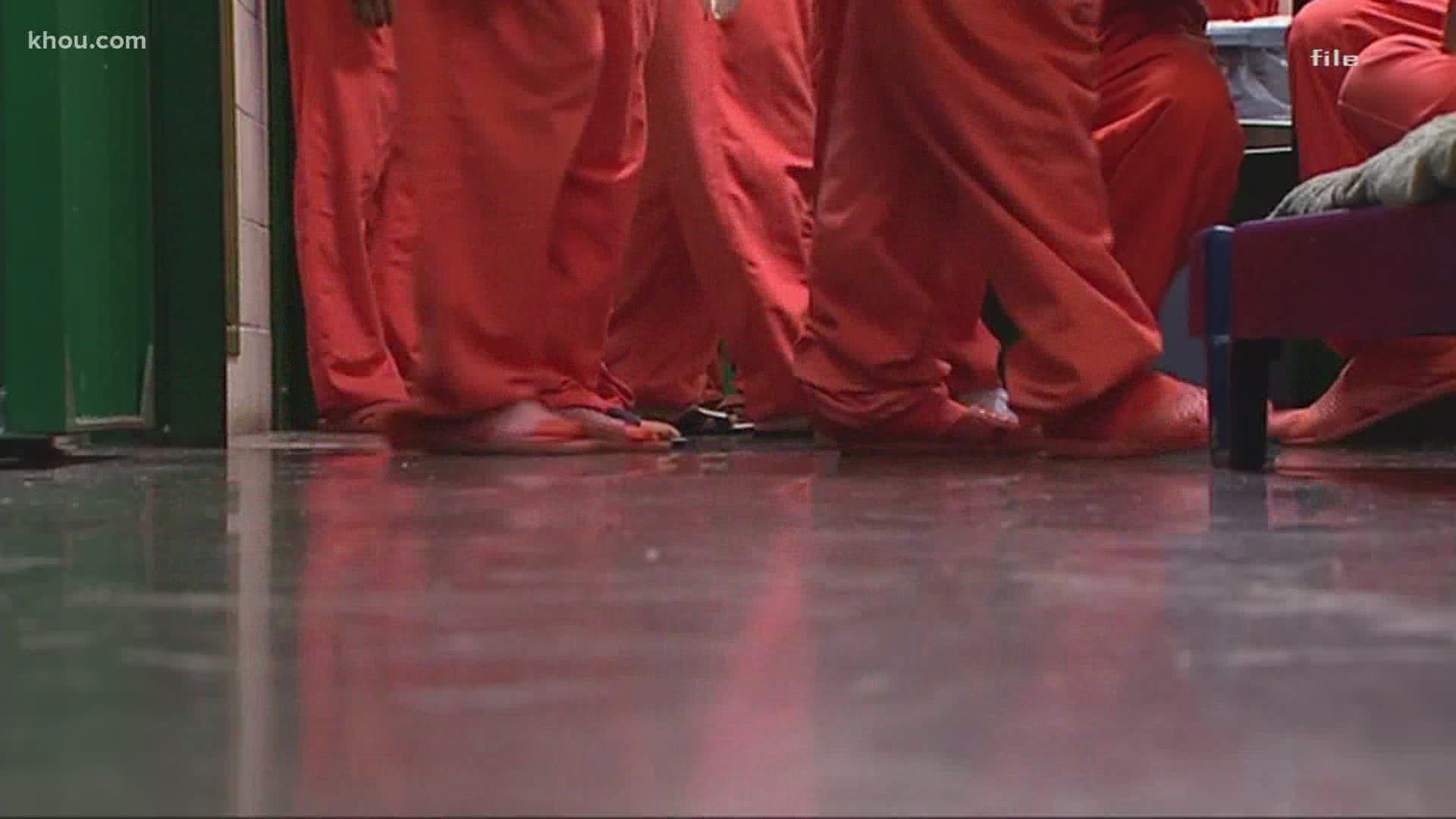 HARRIS COUNTY, Texas — Harris County jails are running out of space and they’re almost at capacity. Now the sheriff is asking for help to keep the inmates and jailers safe.

He’s concerned a COVID outbreak could put everyone in danger.

"We are at capacity. Over the weekend we were busting at the seams," said Harris County Sheriff Ed Gonzalez.

See under normal circumstances the state allows them to house 10,000 inmates. Right now they have about 9,000. That’s the highest it has been since March.

And a full jail doesn’t allow them to properly social distance inmates that might’ve been exposed to COVID-19.

"We are still facing an issue having to quarantine those individuals that may be symptomatic asymptomatic with COVID type illness," said Gonzalez.

RELATED: 'Middle of the storm': Houston mayor says COVID numbers are getting worse

This is concerning, not just for the inmates but for his staff. Especially with the new COVID-19 variant that is already in our area and spreads much faster.

"I am concerned for the staff that works inside the jail. My employees that have to operate the system putting them in harm's way," said Gonzalez.

Harris County jails are running out of space. @SheriffEd_HCSO is asking for help to keep the inmates & jailers safe. He says the pandemic & Holidays slowed down the courts. More people are sitting in jail longer waiting for court process. Story coming up on @KHOU at 6 #khou11 pic.twitter.com/xc1HaYFQFg

According to the sheriff’s office, jail bookings were down last year by 25 percent. But the jail population is up by 300 people.  So what is causing the problem?

Sheriff Gonzalez says the pandemic slowed down the courts. And this means people are sitting in jail longer waiting for trial.

"The holidays come and it slows down some more. And so we end up feeling it because people are still coming into the system. It’s not like we paused and said no more," said Gonzalez.

LIST: COVID-19 vaccines being delivered to Houston-area counties | How to get vaccinated

So how do we fix this problem?

The courts could allow some nonviolent offenders to be released. And the sheriff says he’s reached out to judges asking them to speed up the court process before it’s too late.

"We don’t want to ever get to a point where we can’t take people or book them anymore because we are simply too full," said Gonzalez.

Currently, the Harris County Jail system has 59 inmates and 39 staff members who have COVID-19.