Judge Lina Hidalgo stressed no one accused of violent crimes -- or who has a history of violence -- will be released. 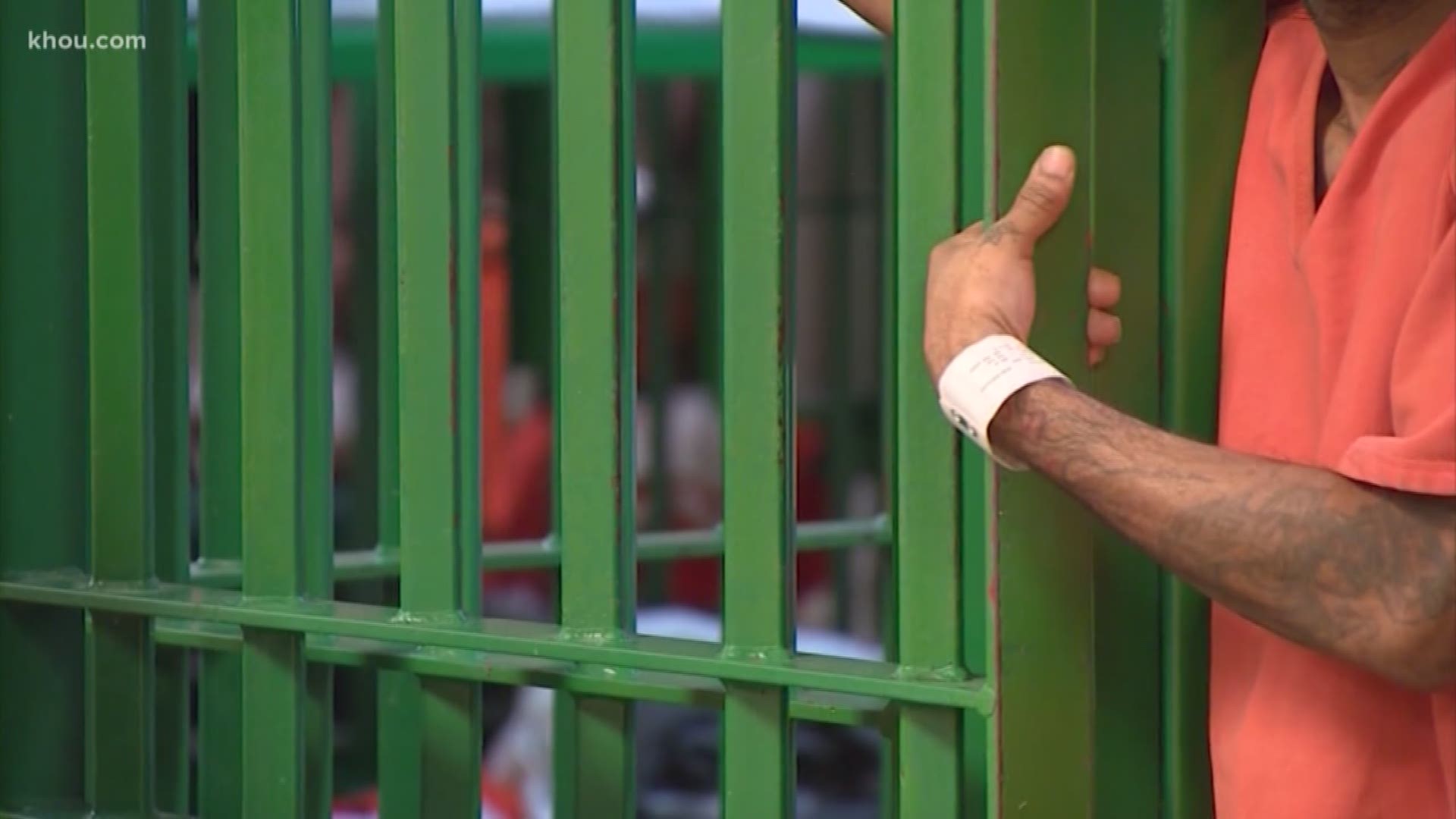 Hidalgo said this drastic action is necessary so they can practice social distancing to stop help stop the spread of coronavirus inside the jail. It could be three or four days before people leave the downtown jail. Hidalgo said there will be a screening process that includes the District Attorney and pre-trial services, but it’s no doubt a process that comes with plenty of controversy.

One Harris County inmate has tested positive for COVID-19. About two dozen who have symptoms are in quarantine. More than 1,000 inmates who have no symptoms but may have been exposed are also in quarantine.

Hidalgo's order will only release defendants in non-violent cases unless they've already been convicted.

Hidalgo stressed no one accused of violent crimes -- or who has a history of violence -- will be released.

Gov. Greg Abbott issued an executive order stopping the release of violent offenders. Hidalgo says the order in Harris County is in compliance.

The defendants who are released will be monitored.

"As the largest user of the Harris County Jail, I have not discussed the plan with the judge, nor have I been given any specifics," the chief said.

Acevedo said burglaries of businesses have increased by 18.9 percent in the last two weeks.

There are currently about 8,000 inmates in the jail.

Offenders charged with theft and some burglary charges would be released, but county officials said people charged with burglary of a habitation, repeat DWI offenders and anyone with a violent criminal past will not be freed.

The president of Houston Police Officers' Union is concerned inmates won’t get tested for coronavirus on the way out.

“What are we doing to make sure we aren’t releasing 500 people who have the virus right into the community to spread it even further?" said Joe Gamaldi, H.P.D. Union President.

RELATED: Suspect who claims to have COVID-19 spits on and bites HCSO deputies during arrest