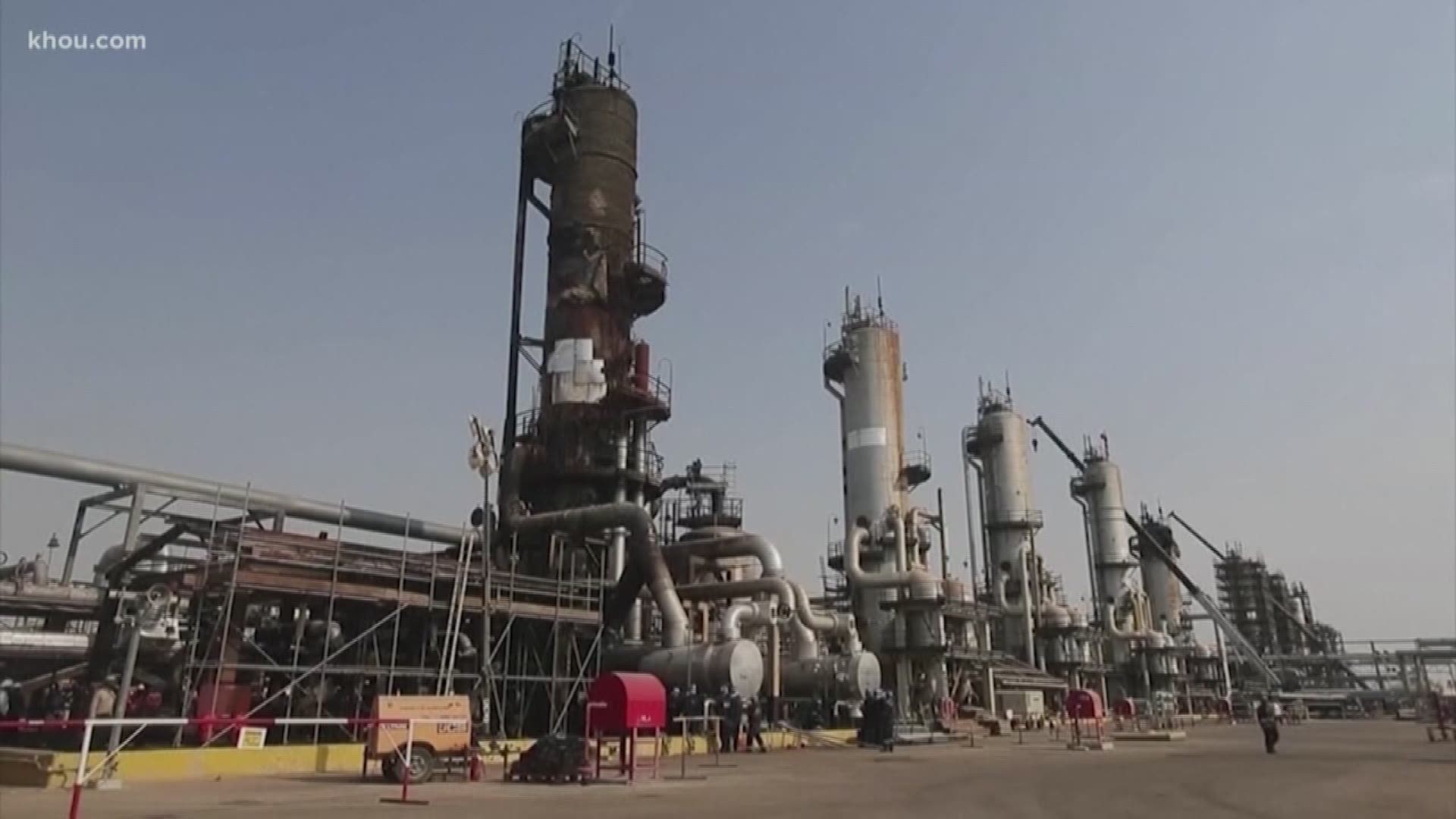 HOUSTON — Oil has fallen to its lowest price in history.

Coronavirus has killed the demand for crude oil, which was already suffering amid an international oversupply.

Experts can agree on at least one point: Houston is sure to face some tough days ahead.

“We’ve never seen anything like this before, where you see an upswing in production at the same time a decline in demand,” says journalist Evan Mintz.

The Texas Monthly writer described the double-hit Texas was about to take earlier this month in a report for the magazine called, "Houston, Meet Cleveland."

The title is a reference to other American cities, like Cleveland, that were once one-industry towns.

“You can look at Cleveland, you can look at Pittsburgh,” Mintz explains. “These are cities that have had to re-invent themselves. But no one will say they’re the best they’ve ever been. That was in the past, and they have to find a new story for themselves in the future.”

Although many describe Houston as having a diversified economy, Mintz disagrees.

“We like to think Houston has this big diverse economy,” Mintz said. “But the fact of the matter is we are still an oil and gas city, and we aren’t as diverse as people think we are.”

The writer says Houston’s economy is still dependent on oil and gas. When nobody is buying, it’s really bad.

Oil and gas attorney Cliff Vrielink spent Monday on the phone with clients, many of whom own small-scale oil and gas businesses, helping them navigate their next steps.

“Right now there’s a lot of crisis management as you could imagine,” Vrielink said.

The lawyer is giving advice to clients who are forced to make tough decisions like letting go of workers and trying to survive without any revenue.

He is helping one of them close their business.

“Trying to sell their assets for whatever they can, talking to the bank,” Vrielink said. “And in their case, they’re just going to have to wrap up the business and close the doors unfortunately.”

Vrielink says he is hopeful this glut will not be as bad as what the industry saw in the mid-1980s, when it took 20 years for the price of oil to recover.

“What we’re seeing right now is that this slow and steady decline just fell off a cliff,” Mintz said. “I don’t know how long it’s going to take, but if it’s anything like the 80s bust, it’ll be several years.”

Everything fell apart in 1986.

The price per barrel dropped below $10 that summer.

Houston was ravaged by the glut.

More than 225,000 jobs left Houston and 200,000 homes in Harris County were left vacant, according to reports.

Vrielink is optimistic about the industry and its workforce.

He says their ingenuity has allowed for the county to become energy independent and if there’s a way to fix this, they will find it.

“Houstonians and Texans are going to find solutions, and there’s going to be a lot of pain right now,” Vrielink said. “But people will come out of this, and we’ll come out of it, and continue. And people will rebuild their businesses.”

OTHER COVID-19 NEWS ON KHOU.COM