“We’re so new, we’re not even open yet," VP of William Price Distilling Zachary Hiller said. “We just happened to get our federal distilling permit right." 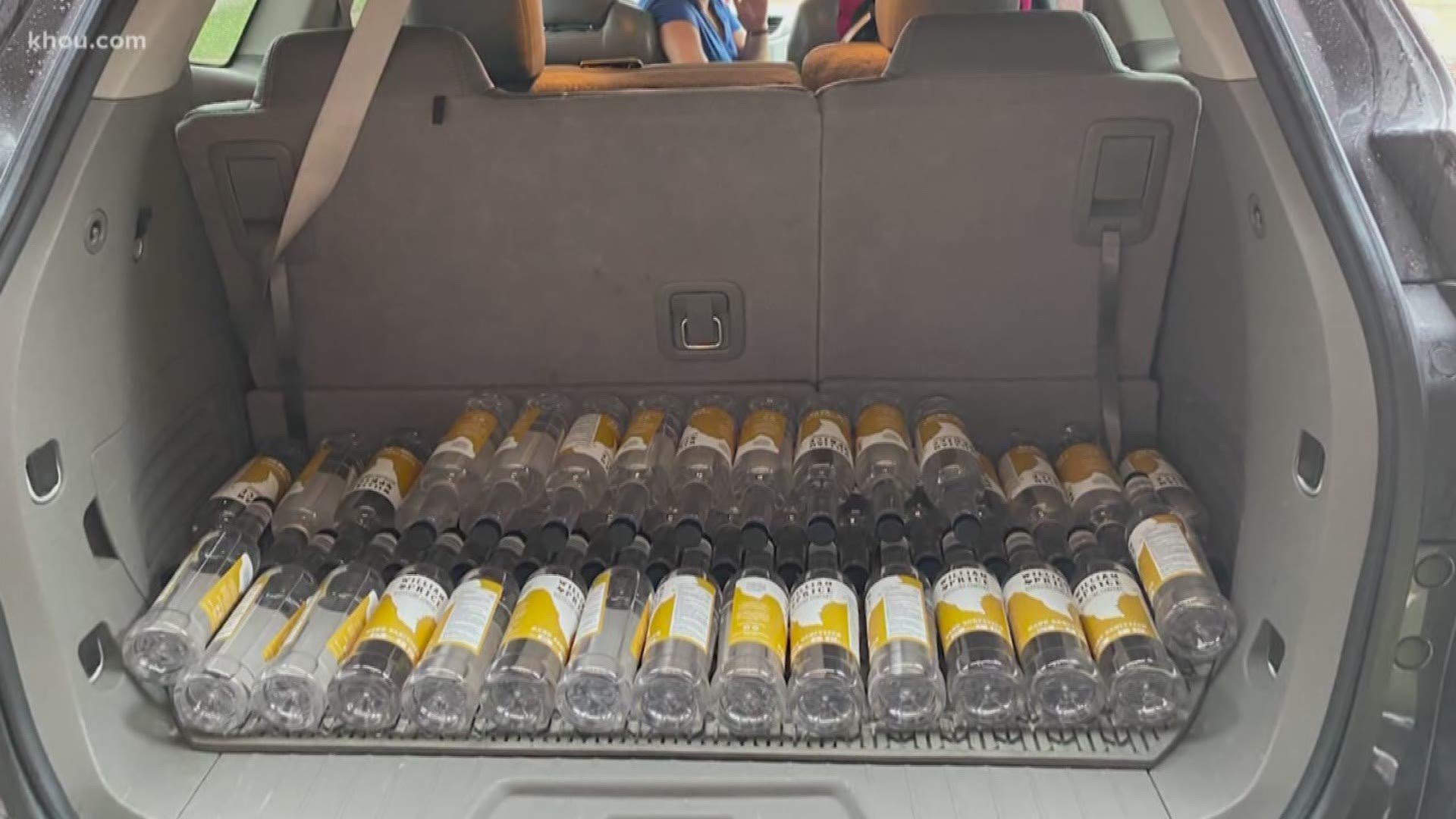 HOUSTON — A new Houston distillery has yet to open their doors, but they’re already serving the public.

William Price Distilling just got their federal permit a few weeks ago. The first product they decided to make? Hand sanitizer.

It was the first bottle of alcohol the distillery made.

“We’re so new, we’re not even open yet," Vice President of William Price Distilling Zachary Hiller said. “We just happened to get our federal distilling permit right as all this was starting to get bad.”

Instead of holding whiskey or rum, their bottles are filled to the brim with hand sanitizer.

“I did not have the faintest idea what hand sanitizer was ... what was in it, how to make it,"  Hiller said.

But he said they figured it out.

“I can probably make it with my eyes closed now,"  Hiller said.

The first batch of sanitizer made 600 gallons. A new batch will double that.

They’re giving it all away by the bottle. It’s free, but they are asking for donations.

“If people can afford it, and if they are able to, we have been asking for donations so that we can give as much away to people who can’t afford it and to first responders,"  Hiller said.

“If we can just do this little thing to help them keep safe, it seems like a no-brainer to us," Hiller said.

They’re doing no-contact pickups for the public almost every day. Already, they’ve given out about 6,000 bottles.

“It’s where we are. It’s what we can do now, and hopefully soon, we’ll be able to start making whiskey," Hiller said.

When that happens, Hiller said their hand sanitizer will actually remain one of their products.

“It’ll just kind of be a nice way to remember how we got our start," Hiller said.