The spike in cases is fueled by a large batch of positive cases in Harris County and the City of Houston, where 2,001 new cases were reported. 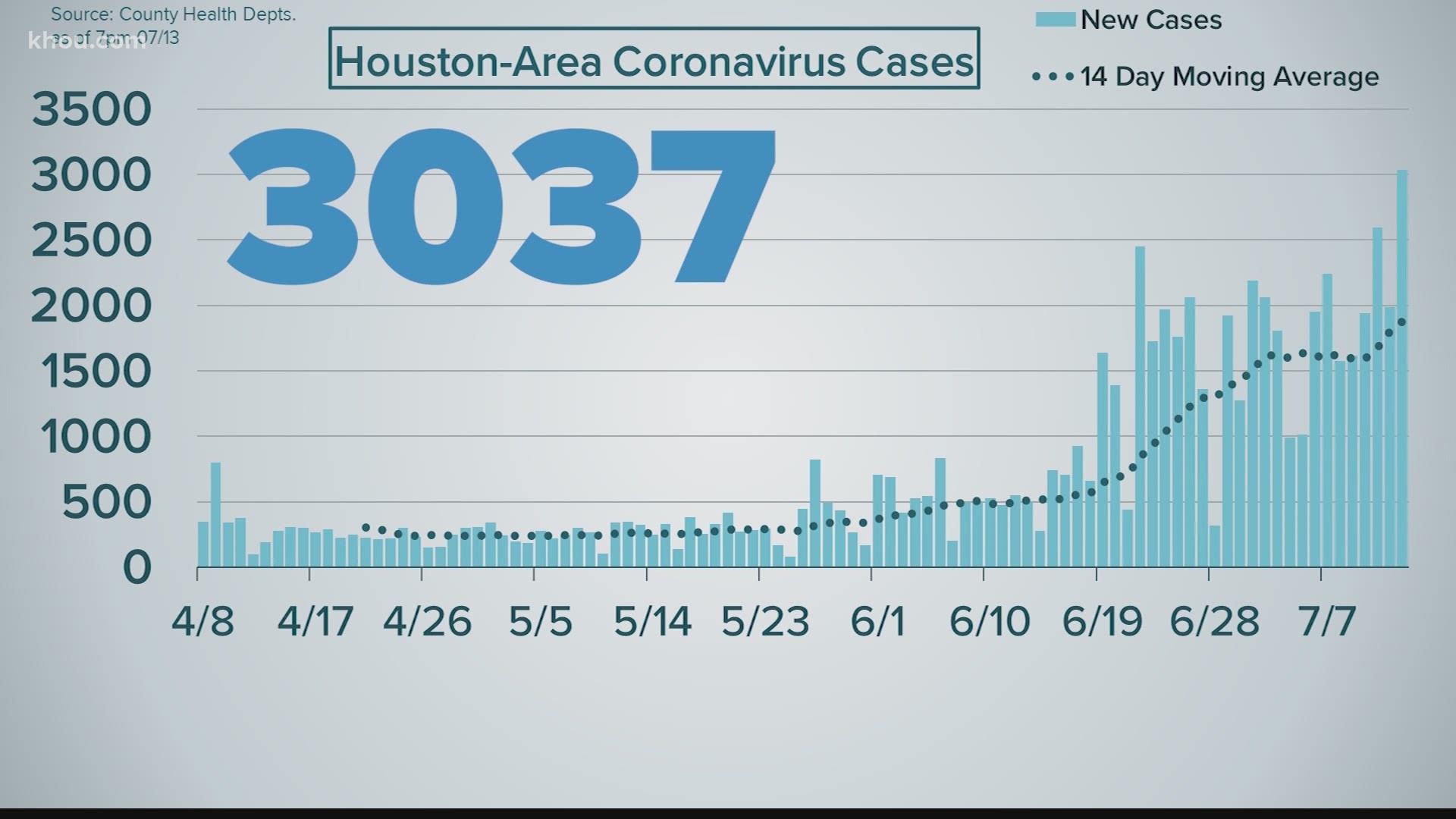 HOUSTON — Monday was another record-breaking day across the Greater Houston area. Together, 20 Houston-area counties reported 3,037 new COVID-19 cases. The previous single-day record was set when 2,596 cases were reported on Saturday.

"The virus is running rampant," Mayor Sylvester Turner said during a briefing on Monday. "It is still out of control."

The surge in cases is fueled by a large batch of positive cases in the City of Houston. Houston's Health Department reported 1,544 new COVID-19 cases inside city limits. It's Houston's second-highest single-day total since the pandemic started and pushed the city past the 30,000-case threshold.

City health officials said what's more concerning is the positivity rate. It's now up to 26.8% in the city. In March, it was 14.7%.

"We need to reset and look at the data and then determine where we go from there," Turner said.

Earlier Monday, County Judge Lina Hidalgo reiterated her call for a stay-home order, too. Together, Harris County and the City of Houston reported a combined 2,001 new COVID cases. That's a record-high and the first time they reported more than 2,000 combined cases in one day.

"What we do in the month of July will pretty much determine what will take place next month," Turner said about schools reopening. "It needs to flatten, and then come down and stay down like in Europe."

Turner and Hidalgo agree the longer it takes to shut things down, the higher the cases will climb and the longer it will take to flatten the curve again.

RELATED: What happens in July will determine how Houston will handle reopening schools next month

RELATED: 'If this isn’t a wake-up call, I don’t know what is,' Judge Hidalgo says as COVID-19 numbers surge