Ohio Governor Mike DeWine recommended that in-person voting for the Ohio Primary be delayed until June 2. 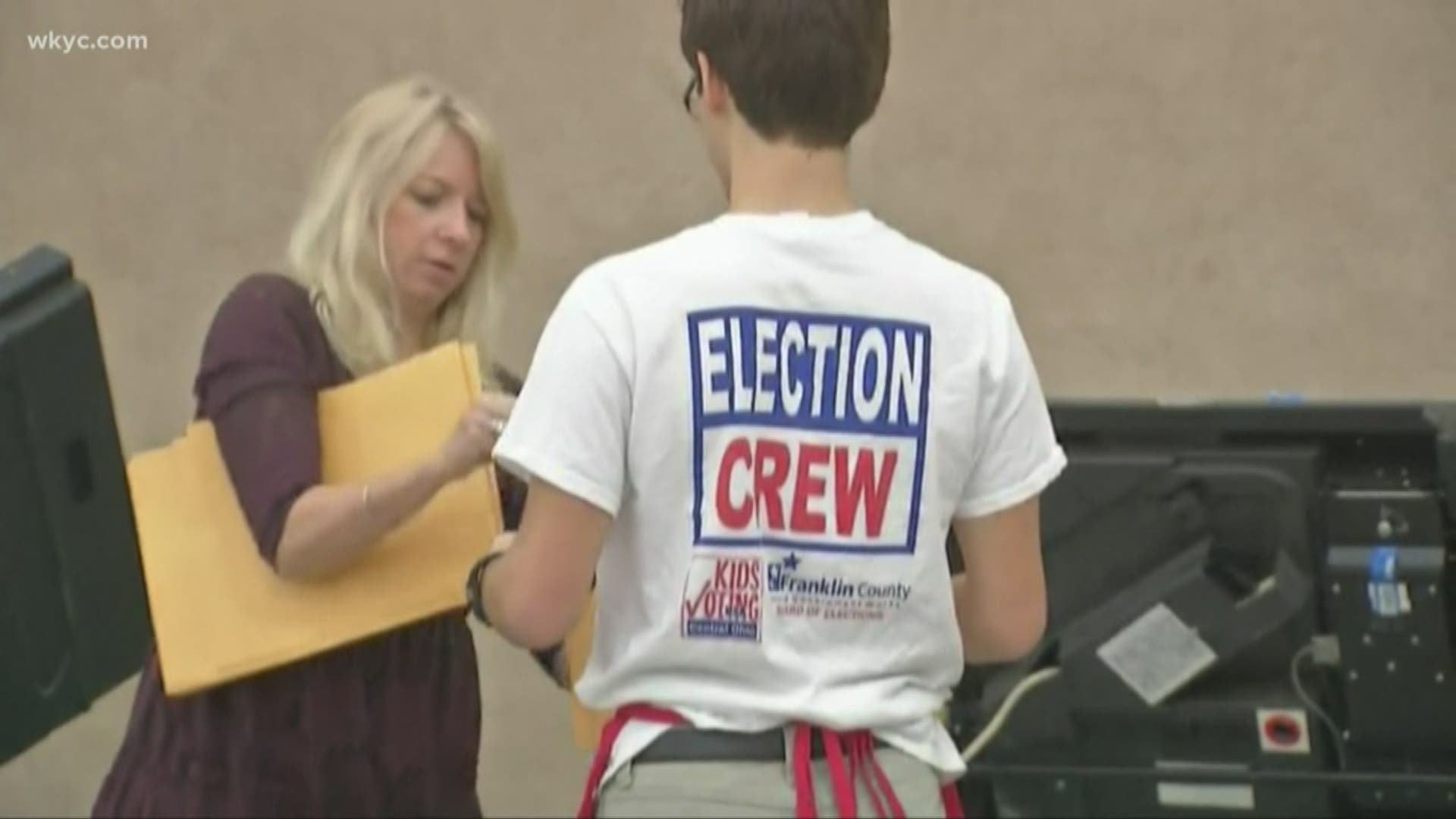 COLUMBUS, Ohio — Ohio Department of Health Director Dr. Amy Acton has order polls to be closed Tuesday, March 17 due to a " health emergency."

In a directive, Secretary of State Frank LaRose confirms the decision to close the polls ordering those involved to adhere to the following guidelines.

DeWine announced his push for the order in a statement late Monday evening saying, " to conduct an election tomorrow would would force poll workers and voters to place themselves at a unacceptable health risk of contracting coronavirus," the statement read.

In the statement, he also indicated that Secretary of State, Frank LaRose will be taking legislative action to extend voting options.

Read the full statement below:

"During this time when we face an unprecedented public health crisis, to conduct an election tomorrow would would force poll workers and voters to place themselves at a unacceptable health risk of contracting coronavirus. As such, Health Director Dr. Amy Acton will order the polls closed as a health emergency. While the polls will be closed tomorrow, Secretary of State Frank LaRose will seek a remedy through the courts to extend voting options so that every voter who wants to vote will be granted that opportunity."

The move comes after Gov. Mike DeWine previously issued a statement responding to Judge Richard Frye rejection of a lawsuit that would delay Ohio's primary election.

"They mustn’t be forced to choose between their health and exercising their constitutional rights," the statement read.

The statement was made in collaboration with Secretary of State Frank LaRose.

"The only thing more important than a free and fair election is the health and safety of Ohioans. The Ohio Department of Health and the CDC have advised against anyone gathering in groups larger than 50 people, which will occur if the election goes forward. Additionally, Ohioans over 65 and those with certain health conditions have been advised to limit their nonessential contact with others, affecting their ability to vote or serve as poll workers. Logistically, under these extraordinary circumstances, it simply isn’t possible to hold an election tomorrow that will be considered legitimate by Ohioans. They mustn’t be forced to choose between their health and exercising their constitutional rights."

The Cuyahoag county Board of Election tweeted Monday evening that polling

The election and in-person voting will go on as scheduled.

Citing concerns regarding the coronavirus (COVID-19), Ohio Governor Mike DeWine recommended that in-person voting for the Ohio Primary be delayed from Tuesday to June 2.

While DeWine can't issue an order to make the delay happen -- as he has done to close restaurants, gyms and movie theaters -- he said he will file a lawsuit in an effort to make it happen.

As of Monday, Ohio has found 50 positive cases of the coronavirus, 14 of which have required hospitalizations.

RELATED: WATCH | Gov. Mike DeWine orders no gatherings above 50 people in Ohio; No in-person voting for primary election until June

RELATED: Activities to keep you busy during coronavirus closures - even while social distancing

RELATED: Ohio Department of Jobs and Family Services is asking for your patience