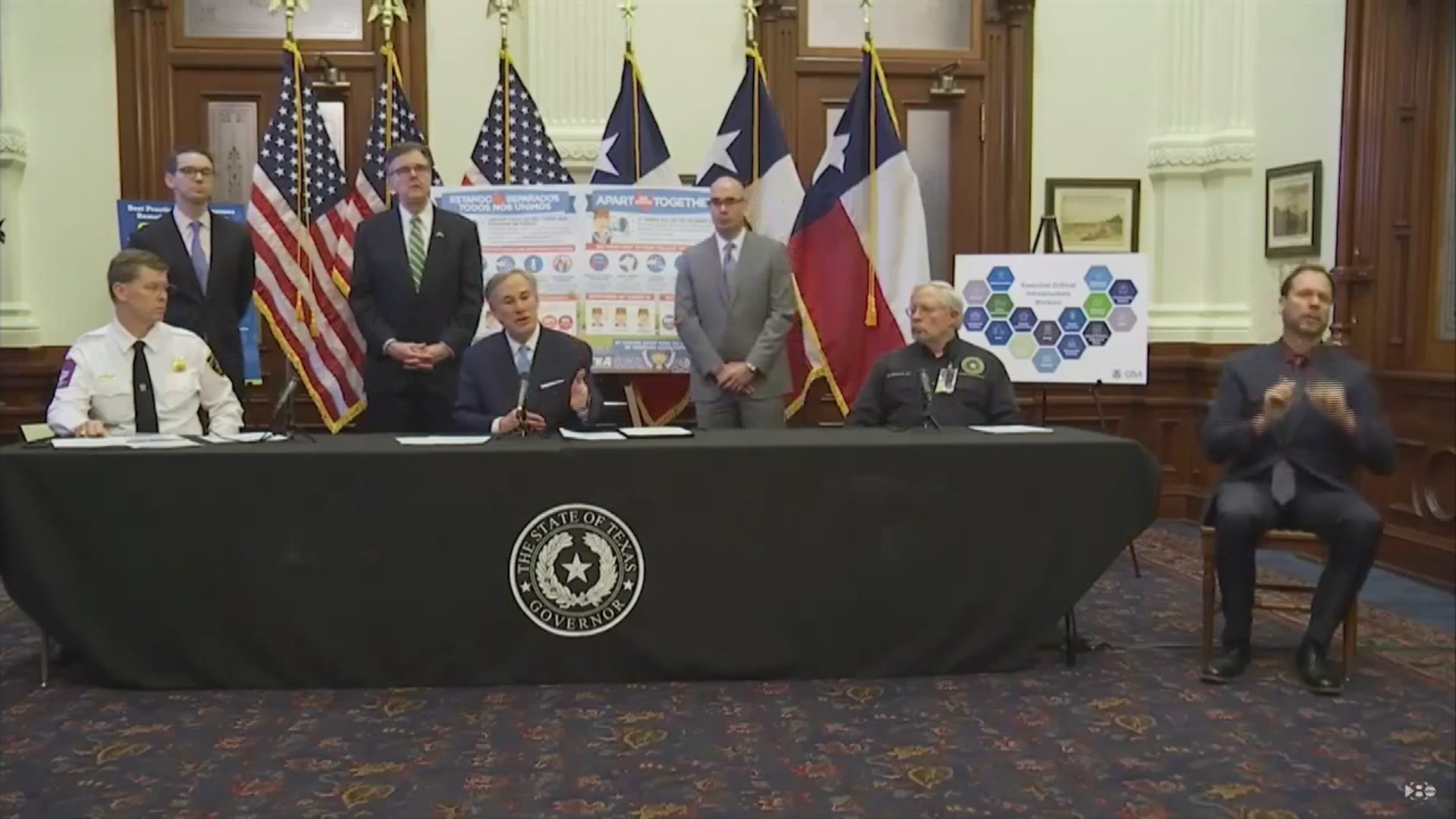 DALLAS — Gov. Greg Abbott says “shelter-in-place” or “stay-at-home” are not good terms to use when describing an executive order issued Tuesday.

But he is telling Texans to stay home except for when conducting essential business.

“I’m establishing essential services and activities protocol,” he said at a news conference. He said his order would be in place through April 30.

He directed Texans to an online list of essential services as defined by the U.S. Department of Homeland Security.

Texas is the largest station in the nation without an official stay-at-home order in place, according to the New York Times.

Collin County is one of the only urban counties in North Texas allowing non-essential businesses, such as furniture stores and clothing boutiques, to remain open.

After Abbott's news conference, Collin County Judge Chris Hill told WFAA the county is reviewing the governor’s order and “will provide additional guidance as soon as possible” as to whether his county must adjust its local orders.

Abbott said religious activities can continue either remotely, or by following guidelines restricting gatherings to less than 10 people.

However, he did say drive-up Easter services may be allowed if worshippers remain in individual vehicles.

He also continued to praise the state for its response, saying as of Tuesday, 42,922 Texans had been tested for the coronavirus.

Abbott said schools in Texas will remain closed through at least Monday, May 4, but added that date could be extended.