The spread of COVID-19 in North Texas has led to regulations that only allow essential businesses to remain open during the pandemic. 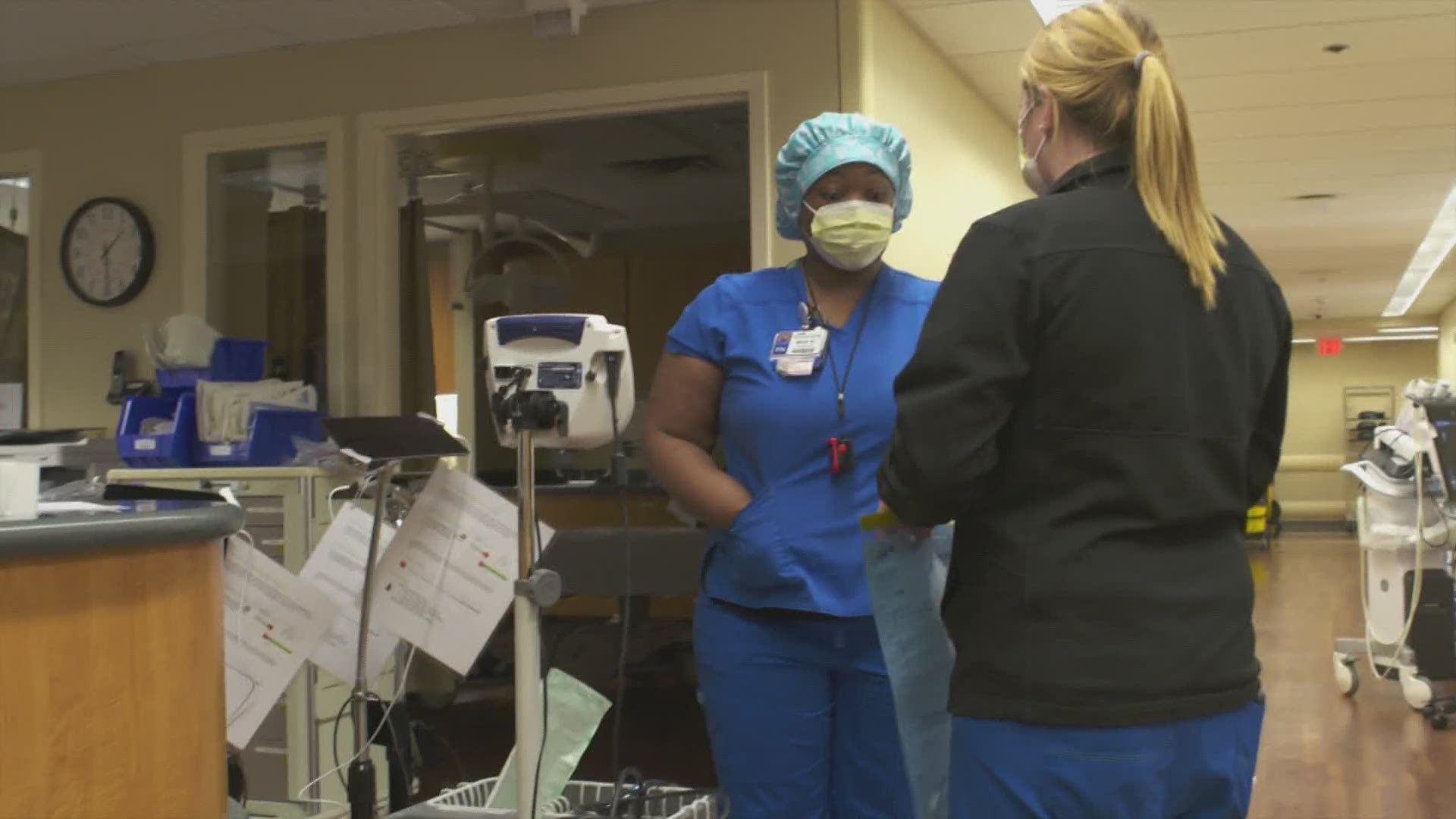 This story will no longer be updated. To read the latest developments from April 18, click here.

Gov. Greg Abbott announced plans Friday to reopen the Texas economy in stages and announced schools will be closed the remainder of the year.

Abbott issued three executive orders that will loosen restrictions on businesses, medical procedures and state parks, he said. Abbott emphasized it would be gradual steps and not everything would open at once.

"This [reopening] will be driven by two things: what our medical team advises and what the data shows," Abbott said.

RELATED: What to know about Gov. Abbott's order to reopen Texas economy amid coronavirus pandemic

As part of his announcement, Abbott said retail businesses will be able to sell items to-go and some non-emergency medical procedures will be allowed to resume.

"We're now beginning to see glimmers that the worst is behind us," Abbott said.

Students, at the public, private and college-level, will not return to class the remainder of the school year, Abbott said. State parks will reopen April 20.

"Together we can overcome this pandemic," Abbott said. "We can get folks back to work and prevent the spread of COVID-19."

Abbott will announce more ways to reopen Texas on April 27, he said.

Jenkins stressed that the reopening of the first group of businesses should be "supported by testing and tracing of positive cases... to measure its effect on public health."

President Donald Trump unveiled guidelines Thursday evening that include a 3-phase plan to reopen the country.

The new guidelines are aimed at easing restrictions in areas with low transmission of the coronavirus while holding the line in harder-hit locations.

The spread of COVID-19 in North Texas has led to regulations that only allow essential businesses to remain open during the pandemic.

So far, more than 4,000 people in the Dallas-Fort Worth area have tested positive for the new coronavirus. There are also more than 100 reported deaths in the region.

For a daily roundup of the biggest coronavirus news from around North Texas and beyond, sign up for the WFAA COVID-19 email newsletter.

Friday night, a spokesperson for The Abbey of Our Lady of Dallas confirmed nine monks tested positive for COVID-19. Two are reportedly in the hospital and the remaining seven are at home in isolation.

Five more people have also died from coronavirus. This brings the death toll to 55 in Dallas County.

The following information was released by county officials, all the victims were critically ill at local hospitals before they died:

So far, 20 coronavirus-related deaths in the county have been associated with long-term care facilities, officials say.

Sixty-one Dallas Fire-Rescue members are in quarantine. There have been 168 members who were cleared from quarantine or isolation.

There are 505 positive cases of COVID-19 in the county. 304 have recovered and 17 are hospitalized.

In Tarrant County, health officials announced the county’s 35th death and an additional 82 positive cases, bringing the county total to 1,175. There have been 187 recoveries.

Craft stores in Dallas to reopen

During an emergency meeting Friday, Dallas County Commissioners voted on a "friendly amendment" that will allow craft stores to reopen and sell mask-making and school supplies.

The reopening date was not immediately announced. WFAA is reaching out to county officials for additional information.

While no resident at the Carr P. Collins Social Service Center has tested positive for COVID-19, the Salvation Army of North Texas will require residents to wear masks in common areas.

“Our request for service continues to increase and we have no plans to turn anyone away. One out of ten North Texans in need that deal with poverty, homeless and addiction depend on The Salvation Army,” said Beckie Wach, Executive Director of Mabee Social Service Center.

That shelter is the largest in North Texas, according to Salvation Army, and is currently housing approximately 450 residents.

The Salvation Army says they are also screening all residents who enter facilities and monitoring for symptoms. They also check temperatures of anyone who leaves the shelter to perform essential work.

During an emergency meeting held by the Dallas County Commissioners Court, Dr. Philip Huang announced there are confirmed now cases within the homeless community.

Huang says as of Friday morning, there are 17 positive cases at a homeless shelter. The cases are at Dallas Life, according to executive director Bob Sweeney and LeTitia Owens, who is part of the City of Dallas Citizen Homelessness Commission.

According to Huang, there are 200 people who reside in the shelter.

Officials say they are working with the city and the Parkland HOMES program on getting the infected patients and staff to a hotel setting so they can have separate rooms.

A second person who contracted COVID-19 has died in Wise County, according to officials.

In addition, the county has had eight positive cases confirmed. The newest case is an individual who lives at the same residence of someone who was already confirmed positive, county officials said.

The county also reported it confirmed cases by zip codes:

Officials did not specify whether any of these cases were inside certain limits or in unincorporated Wise County.