Abbott also gave an update on the number of coronavirus cases in Texas, as well as the number of available hospital beds in the state. 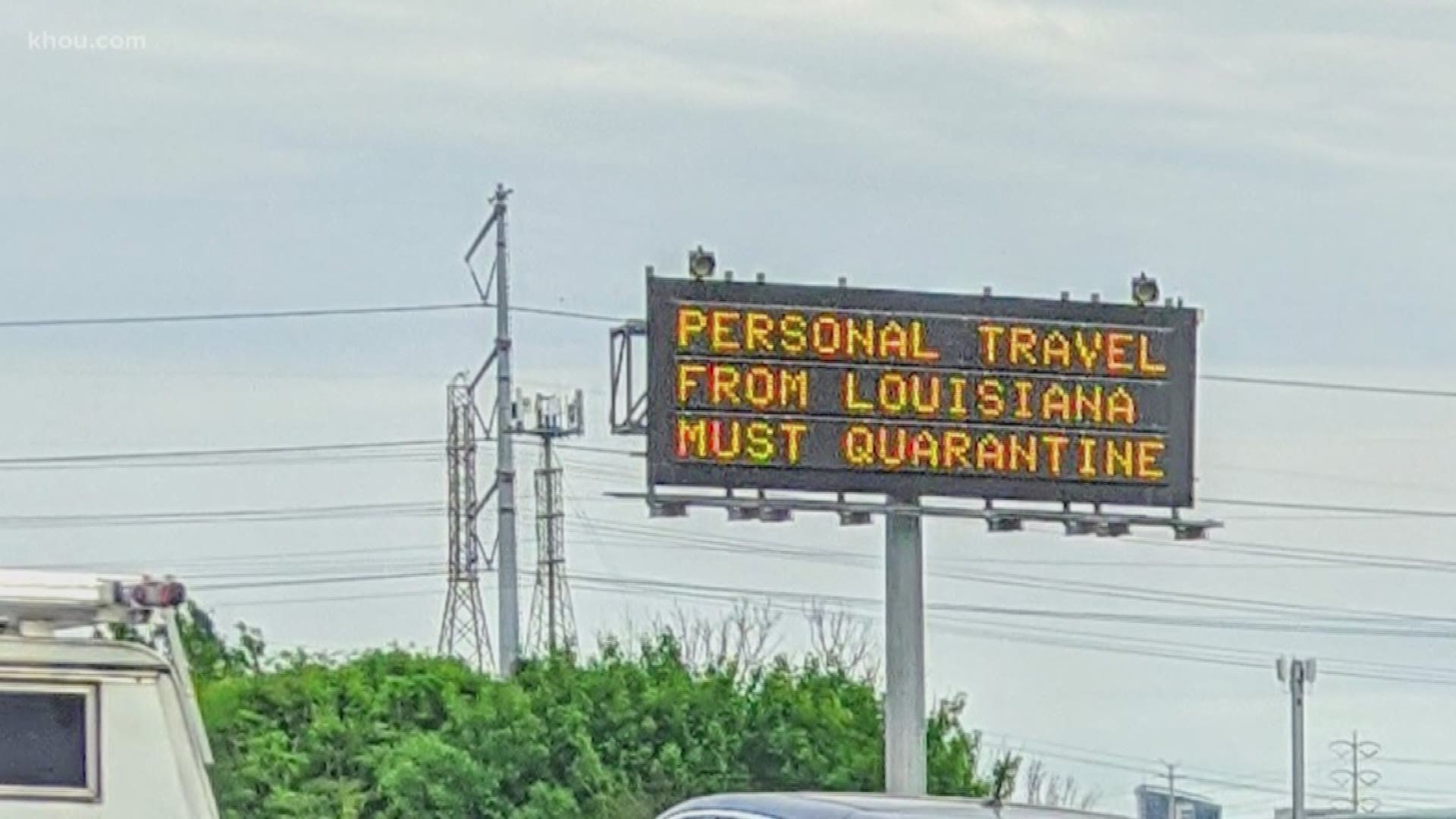 AUSTIN, Texas — At a press conference Sunday afternoon, Gov. Greg Abbott expanded a previous executive order requiring certain travelers coming into Texas to quarantine for 14 days or the duration of their stay, whichever is shorter, to help prevent the spread of coronavirus (COVID-19).

The previous version of the order, issued on March 26, required people flying into Texas from New York, New Jersey, Connecticut and New Orleans to quarantine. On Sunday, Abbott expanded that to include travel by road into Texas from "any location in the state of Louisiana."

Abbott said this does not apply to travel related to commercial activity, military service, emergency or health response or critical infrastructure functions. Abbott said the order will be enforced by the Texas Department of Public Safety.

The expanded version of the order also added that anyone flying into Texas from the "hot spots" Miami, Detroit, Chicago, California or Washington state must also quarantine for 14 days.

In addition to expanding that order, Abbott also issued an executive order banning the release of "dangerous felons" from prisons and jails in Texas. Abbott said he does want to reduce and contain the spread of COVID-19 in jails and prisons for the benefit of the inmates and the staff and has been working with the Texas Department of Criminal Justice to work toward that – but releasing "dangerous criminals" makes Texas even less safe and doesn't slow the spread of the virus, according to Abbott.

"Releasing dangerous criminals from jails into the streets is not the right solution. Doing so is now prohibited by law by this declaration," Abbott said.

It wasn't all executive orders at Sunday's press conference. Abbott also gave updated coronavirus case numbers for the state of Texas, as well as an update on the number of hospital beds currently available.

Abbott said officials have increased coronavirus testing in Texas by more than 1,000%. He said as of March 29, 25,483 people have been tested for coronavirus in Texas, 2,552 of whom have tested positive across 118 counties. Abbott said 176 of those 2,552 patients have been hospitalized and 34 people have died in Texas due to COVID-19.

In terms of hospital bed capacity, Abbott said Texas had 8,100 beds available statewide as of March 18, which doubled to more than 16,000 beds by March 26 – possibly more.

Also on Sunday, Abbott announced that the Kay Bailey Hutchison Convention Center in Dallas will be used to house COVID-19 patients in case of hospital overload. It will have 250 beds, with room to expand if needed.

Abbott said that the National Guard will continue looking at other similar locations – such as former hospitals, convention centers and hotels – in other urban areas such as Austin, San Antonio, Houston and the Rio Grande Valley to serve the same potential function. Abbott also encouraged business owners to reach out with ideas.

You can watch Abbott's press conference in full here or below: