The governor has emphasized it would be gradual and not everything would open all at once. 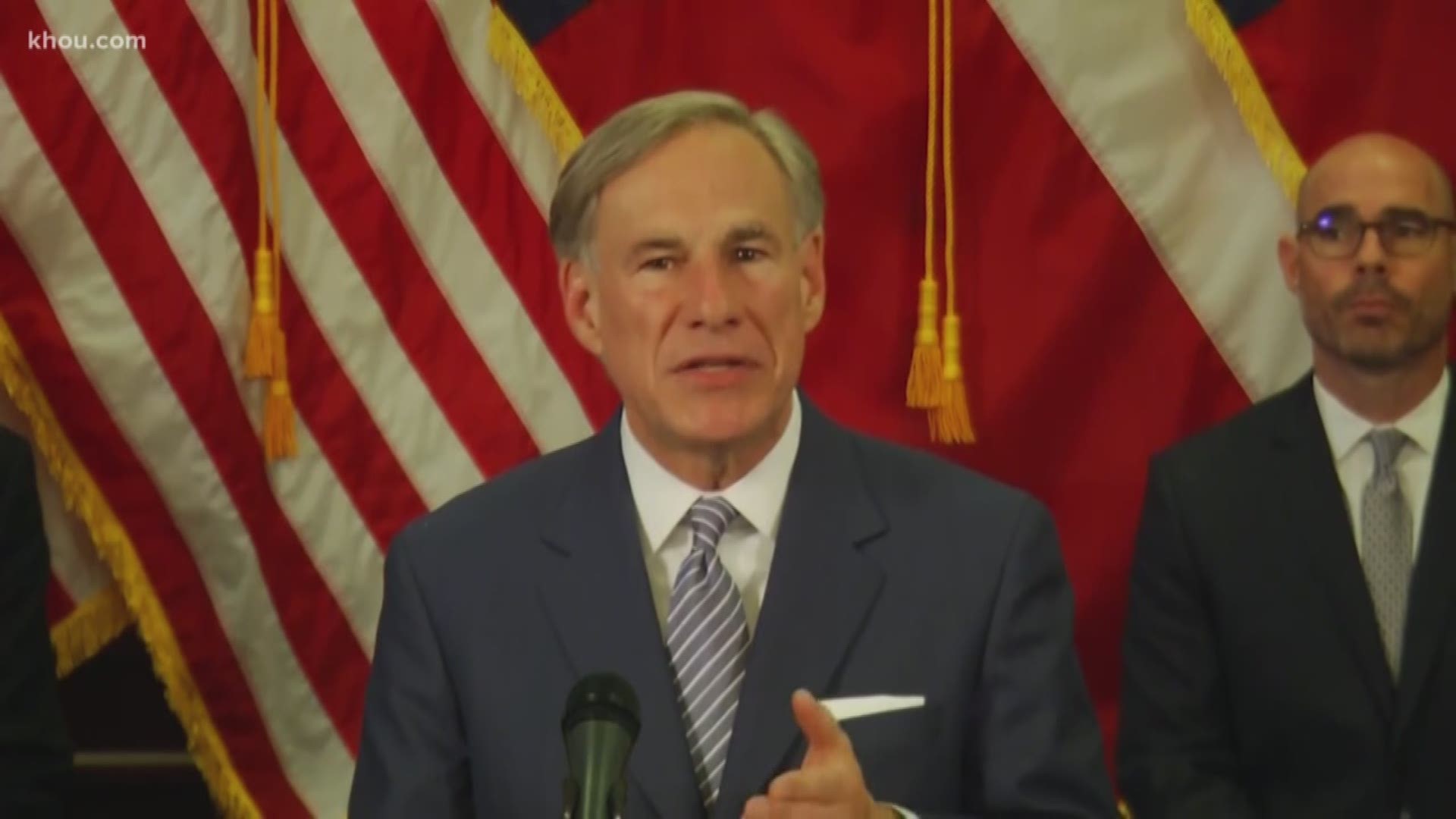 First, the governor is establishing a strike force that includes medical experts, business leaders, educators and political leaders. This team will work together to find safe and effective ways to slowly re-introduce Texans to their usual way of life.

The force will also have advisers from the business community such as jeweler Kendra Scott, Gallery Furniture owner Jim “Mattress Mack” McIngvale and restaurateur and Rockets owner Tilman Fertitta.

One of the biggest announcements regarded school districts and universities.

Abbott said public and private schools will remain closed for the remainder of the school year. He added educators and administrators will be allowed to perform administrative task from home, however.

Abbott announced the following re-openings and removal of restrictions with special stipulations:

Starting April 20, Abbott said state parks will be reopened. He added visitors will not be allowed to gather in groups larger than five people, must maintain social distancing and will be required to wear protective masks.

Starting April 22, Abbott said current restrictions on medical procedures will be lifted.  At the moment, hospitals and other medical specialists are not allowed to perform nonessential procedures such as diagnostics test for cancer.

Starting April 24, Abbott said all retailers, including nonessential businesses, will be allowed to reopen with the stipulation they only offer curbside and delivery services.

On April 27, Abbott said he will announce additional guidelines for the reopening of Texas.

He said at that date, his team will share plans regarding comprehensive testing, assurances of hospital readiness and ways of protecting the state's most vulnerable residents while allowing others to increase their activity. He'll also include new information and guidelines for reopening some non-essential businesses.

Abbott announced he would be going over details on jump starting the economy but emphasized it would be gradual and not everything would open all at once.

The governor did not offer additional details on the executive order but said the state was focusing on protecting lives while also restoring livelihoods.

Meanwhile, here in Houston, Mayor Sylvester Turner says he's not ready to release specifics on how the city will reopen during this coronavirus pandemic, but said that he's working with city, county and health leaders to develop a plan that will likely come in phases.

“But for people who want us to talk about opening up, it is not the time to do that. We will let you know when that time comes," the mayor said.

Instead he urged people to continue practicing social distancing and wearing face coverings. He also emphasized the importance of testing, something Harris County Judge Lina Hidalgo wholeheartedly agrees with.