His latest assignment was following Houston Fire and EMS as they answered 911 calls. 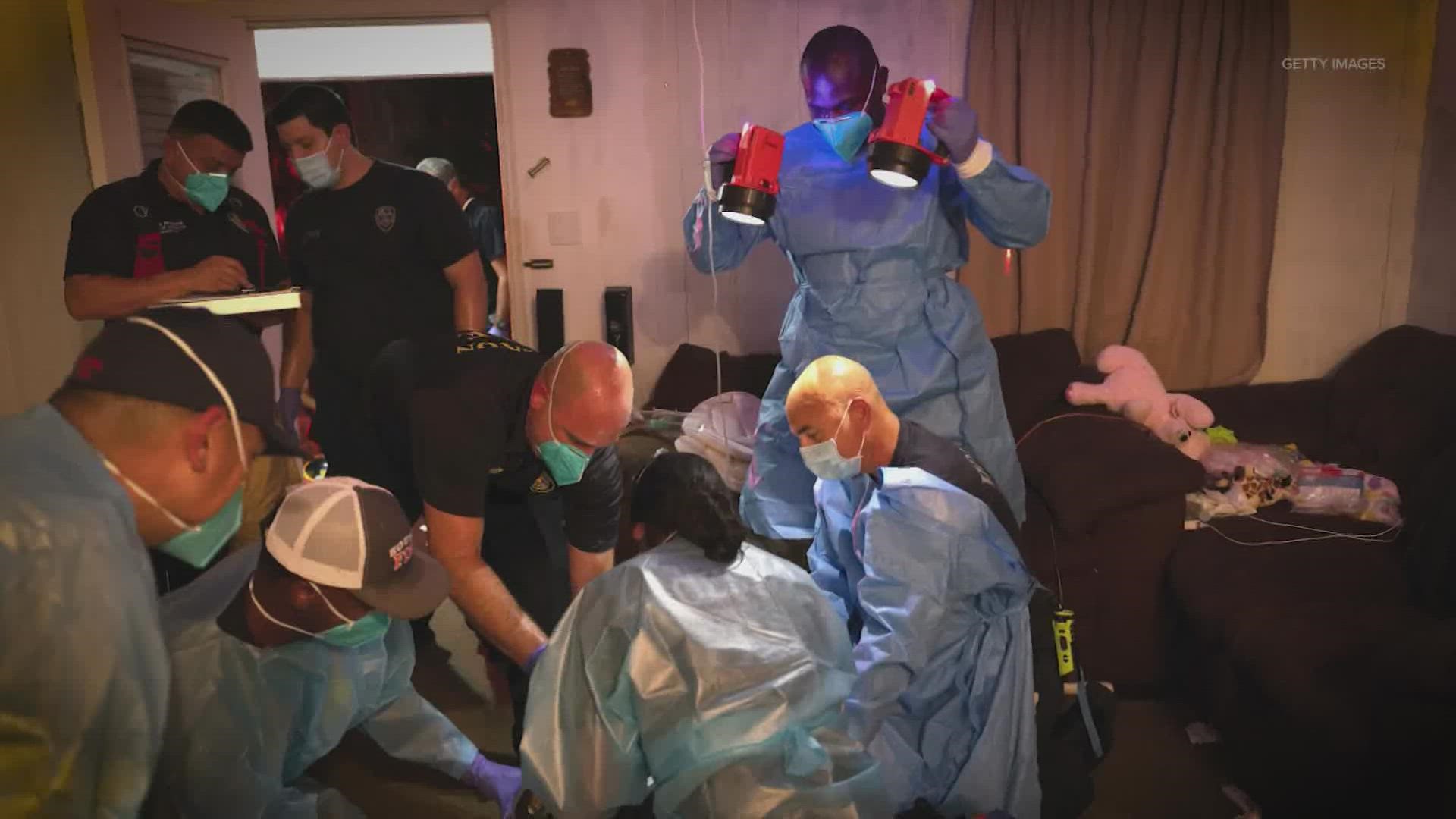 HOUSTON — They say a picture is worth a thousand words.

But sometimes, those words are hard to hear.

“EMS had to force the door open to get to a gentleman who was not answering calls from his neighbors and family," Moore said. “And they took turns giving him CPR because it was a tough case. Ultimately, he didn’t make it."

From covering Afghanistan to Ebola to immigration, Moore has captured so much life in his 30 years behind the lens.

“I was here for about a week in Houston covering this story," Moore said.

His latest assignment was following Houston Fire and EMS as they answered 911 calls.

“Usually, I was responding with them to ‘breathing difficulty calls,’ because quite often, those would be COVID patients," Moore said.

And his perspective is putting reality into focus, giving us a gut-wrenching snapshot of the virus that’s killed thousands in our city alone.

From stretchers inside living rooms to kids in ambulances, Moore’s hope for his photos is to highlight the heroes risking their lives.

“Because they go into people’s homes. They go into very infectious environments," Moore said.

And to give a harsh look at the heartbreak happening in too many homes.

“If people see the pictures, and it makes them take extra precautions in not getting this disease, then, these pictures have done their job," Moore said.

Moore has shared many of his photos on his Instagram.