After being asked to 3D-print face shields, Robert Thomas designed his own laser-cut version that allows him to make them in a fraction of the time. 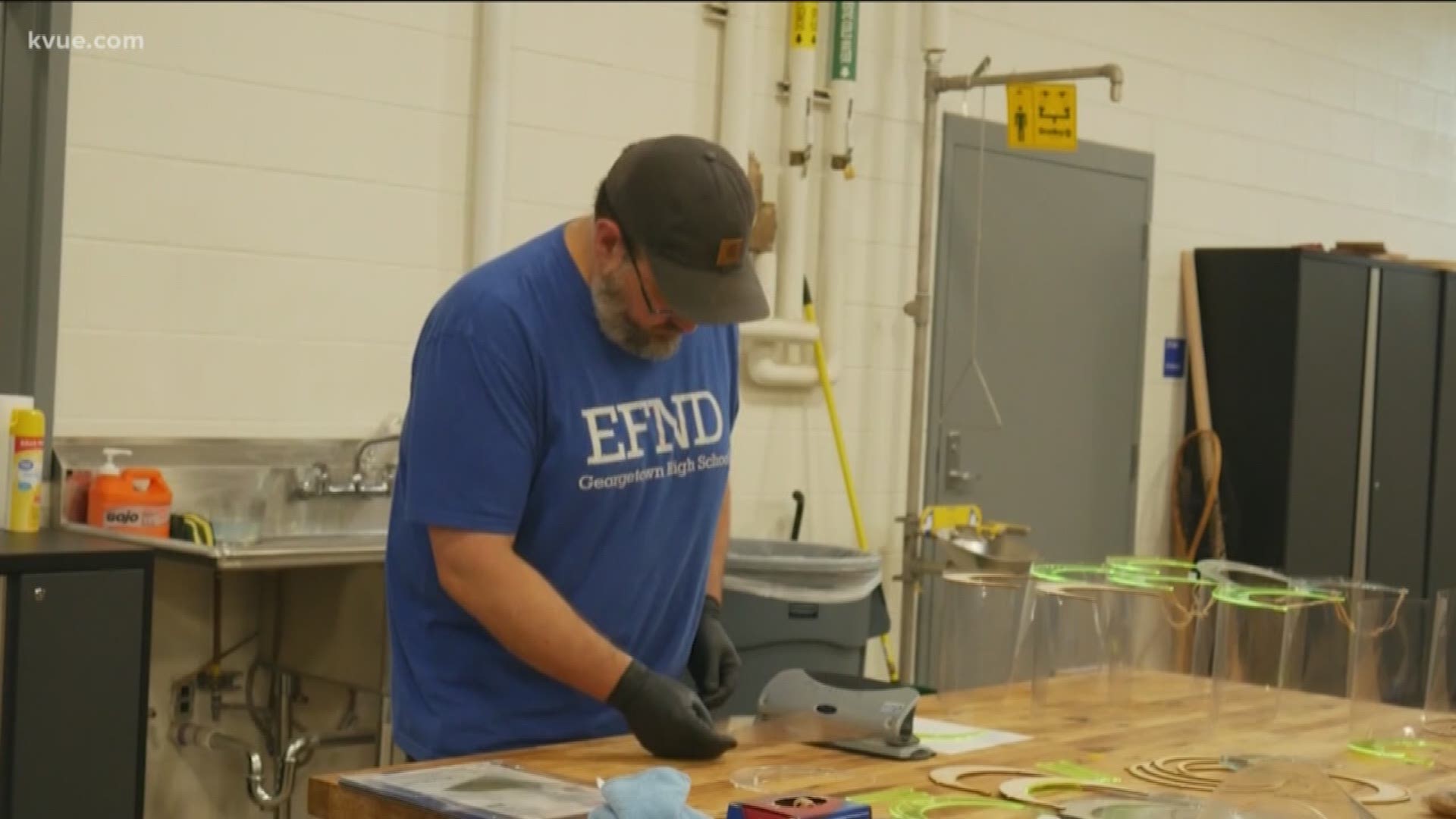 GEORGETOWN, Texas — We've heard many stories about different groups doing their part to help those in the medical field, but sometimes all it takes is one person to make all the difference.

"I am fortunate enough to work here at the Eagles innovations center at Georgetown High School," said Thomas. "It's a digital fabrication studio."

Instead of teaching in the innovation lab at Georgetown High, he's making laser-cut face shields for medical staff in Georgetown.

"The goal was to create something that really affordable could be made quickly, again could be sanitized and could be used and reused after it was disinfected, and it uses readily available materials that hopefully could access and could get ahold of," he said.

He started 3D printing face shields but realized that one shield took him an hour and 56 minutes to complete. That's when he started designing and found a quicker way.

"So I can get four of these, the frame portions ... in six minutes, so from an hour and 56 for one, to six minutes for four, is a little bit of an improvement. I'm pretty pleased with that," said Thomas.

"And it actually fits over the goggles that we would wear taking care of patients," explained Kathleen Butler, the chief medical officer at Lone Star Circle of Care.

Lone Star Circle of Care is one of the recipients of the donated shields.

"I thought it was an amazing opportunity to have the chance to work with a group that was here local, that had an idea that was actually practical that was workable and that was particularly useful for what we do every day on the frontlines," she said.

"What I do isn't hard or scary, what they do is amazing, I mean, they put themselves and their families in harm's way every day going to work," said Thomas.

So while this isn't his normal day, he's hoping that he can play his part to get us back to normal.

"Hopefully a little bit of what I'm doing can help keep them safe," he said.

The project was also funded by Georgetown Health Foundation, which originally approached the school about the use of the 3D printer. Thomas, however, took the next step in making the laser printer the tool of choice.

Video for the shots inside the Innovation Lab was shot by Loretta Thomas.

RELATED: UT-developed 3D-printed masks could be in hospitals by next week