Dr. Peter Hotez and other public health officials across the country are concerned protests during a pandemic could lead to spike in cases later this summer. 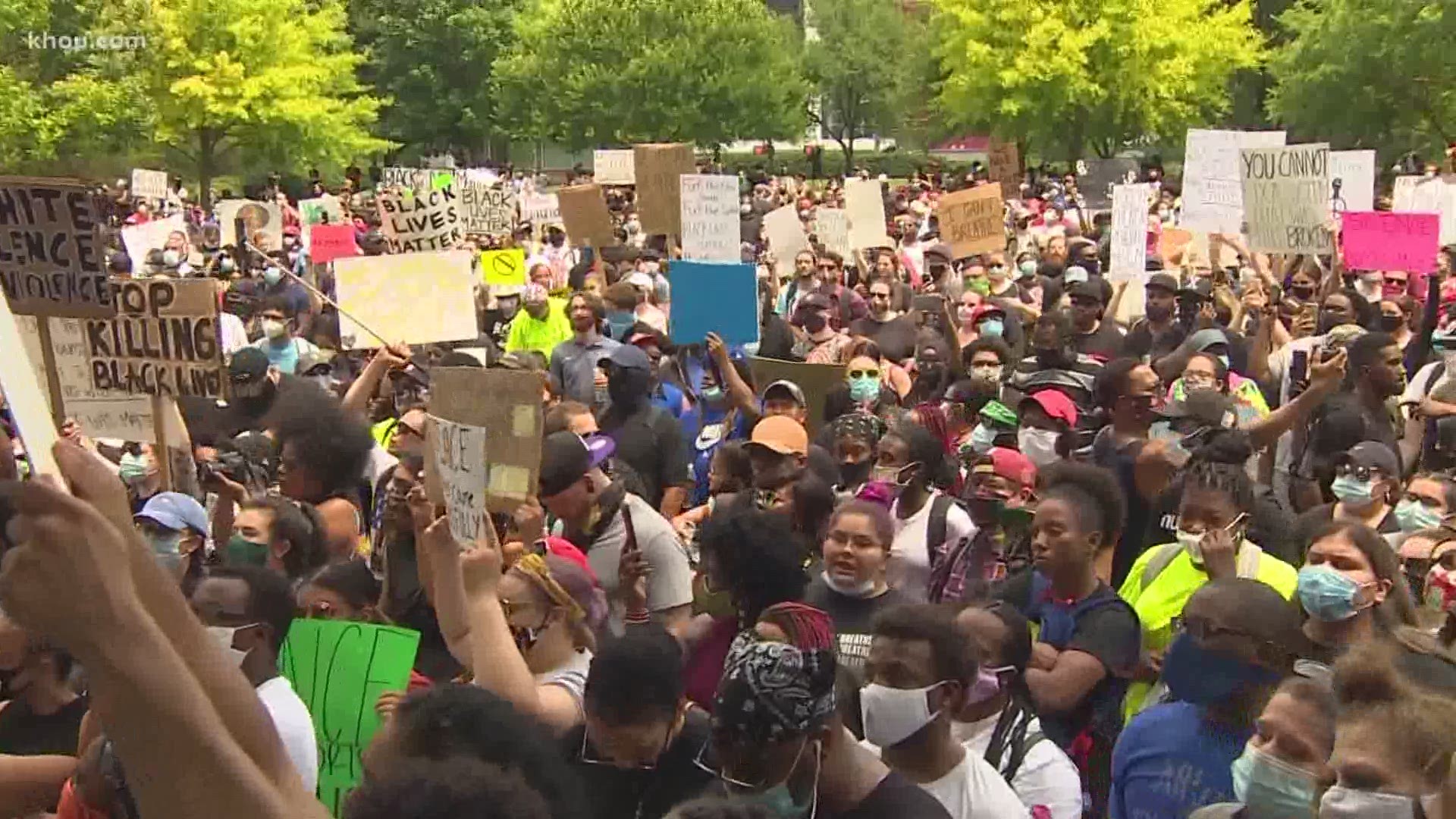 HOUSTON — Houston came out like never before for George Floyd.

Sixty-thousand people packed into downtown Houston on Tuesday to march to city hall. Now, experts suggest if you were in that crowd that it's best to get tested for COVID-19.

"Unfortunately things like a protest or big outdoor event where people are enthusiastic or raising their voice, that will be a set up for releasing virus," said infectious disease expert Dr. Peter Hotez.

Hotez and other public health officials across the country are concerned protests during a pandemic may pose problems later on.

"I'm very concerned numbers were going to go up anyway," said Hotez. "Now having these large gatherings, and I understand their importance, but it does potentially act as an accelerant."

The 20,000 COVID-19 case threshold was reached in the Greater Houston area earlier this week. The city continues to report higher number of cases than usual. And this week, Harris County recorded its second largest single-day increase since health officials started keeping track.

"It won't happen right away, but over the course of the summer we may now see a significant rise in the number of COVID-19 cases in Houston," said Hotez.

With more large crowds expected at Floyd's public viewing and funeral next week, Hotez is urging folks in high-risk groups to think twice about attending.

"You have to do your best if you're committed to going to these gatherings; wearing a mask is going to be so important," said Hotez.

A majority of people were wearing masks during Tuesday's protest. Some were seen wearing gloves. But there were also lots of hugs and handshakes.

RELATED: Where you can get a free coronavirus test in the Houston area and nearby counties

Experts want you to remember just because you don't feel sick doesn't mean you're not carrying the virus.

"The incubation period on average is between four and seven days, so maybe towards the end of this week or early next week, even if you don't have symptoms, think about getting tested," Hotez said.