Galveston beaches will be closed this Fourth of July weekend

Only foot traffic, no vehicles, will be allowed in Bolivar to provide access for those who previously booked a vacation rental, Galveston County announced Thursday. 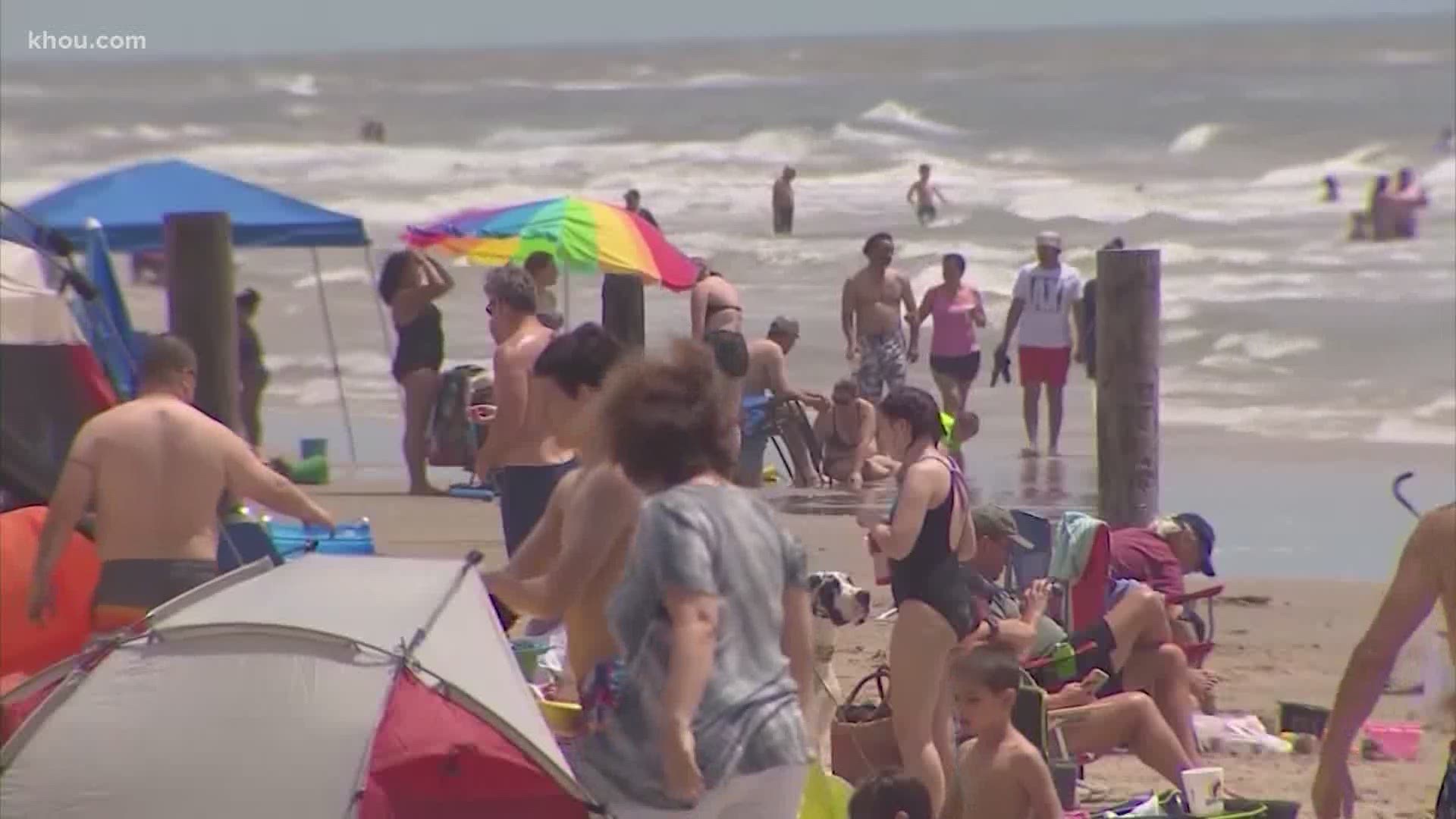 GALVESTON, Texas — Officials in Galveston County and the City of Galveston have made some tough decisions in an effort to avoid large beach gatherings this Fourth of July weekend.

Access to Galveston Island beaches will be closed, and parking along Seawall Boulevard will not be allowed. Exercising will be the only allowed activity on the seawall. Galveston Island State Park previously announced its closure as well until July 9th, due to a confirmed case of coronavirus there.

“At this time, based on the current health situation and the guidance of medical professionals, I do not feel it is prudent or responsible to have thousands of visitors descending on Galveston beaches,” Yarbrough said. “Galveston has and always will be a welcoming destination, but the ongoing public health crisis demands our attention and response. We have to prioritize health and safety.”

The order can be enforced by any Galveston Police Department officer, any member of the Galveston Island Beach Patrol as well as any peace officer with the City Marshal's Office. A violation carries a fine of up to $500.

Galveston County also announced all of its beach access points in unincorporated areas would be closed over the holiday weekend. Thursday, however, county officials announced a modification to the closure to accommodate those who booked a vacation rental in Bolivar:

Due to the last-minute nature of the beach closure because of outside circumstances, the County is trying to accommodate those who have already rented vacation rentals on the Bolivar Peninsula for this weekend and provide some limited beach access.

Here are the revisions that have been made to the original closure announcement:

The beaches in unincorporated Galveston County, including the Bolivar Peninsula will be closed from July 3rd through July 5th with the following exceptions.

No vehicular traffic will be allowed on the beaches at any time. We are discouraging visitors from traveling to the Bolivar Peninsula this weekend.

City of Jamaica Beach Mayor Steve Spicer signed an executive order Wednesday closing beaches for the holiday weekend after the City of Galveston announced its closure.

"The city feels it is in the best interest of our residents and visitors to close the beach ahead of the busy holiday weekend," the city posted on Facebook.

RELATED: COVID-19 surges in Galveston County as island braces for impact of 4th of July crowds

RELATED: What is keeping the COVID-19 death rate in Texas low?

The 2020 Lone Star Rally, which was scheduled to happen in Galveston later this year, has been postponed.

Organizers said the decision was made out of respect to the COVID-19 pandemic.

Harris County officials said Sylvan Beach Park will be closed on the Fourth of July weekend as well.