People who took advantage of them said they’re taking all the help they can get during this unprecedented time. 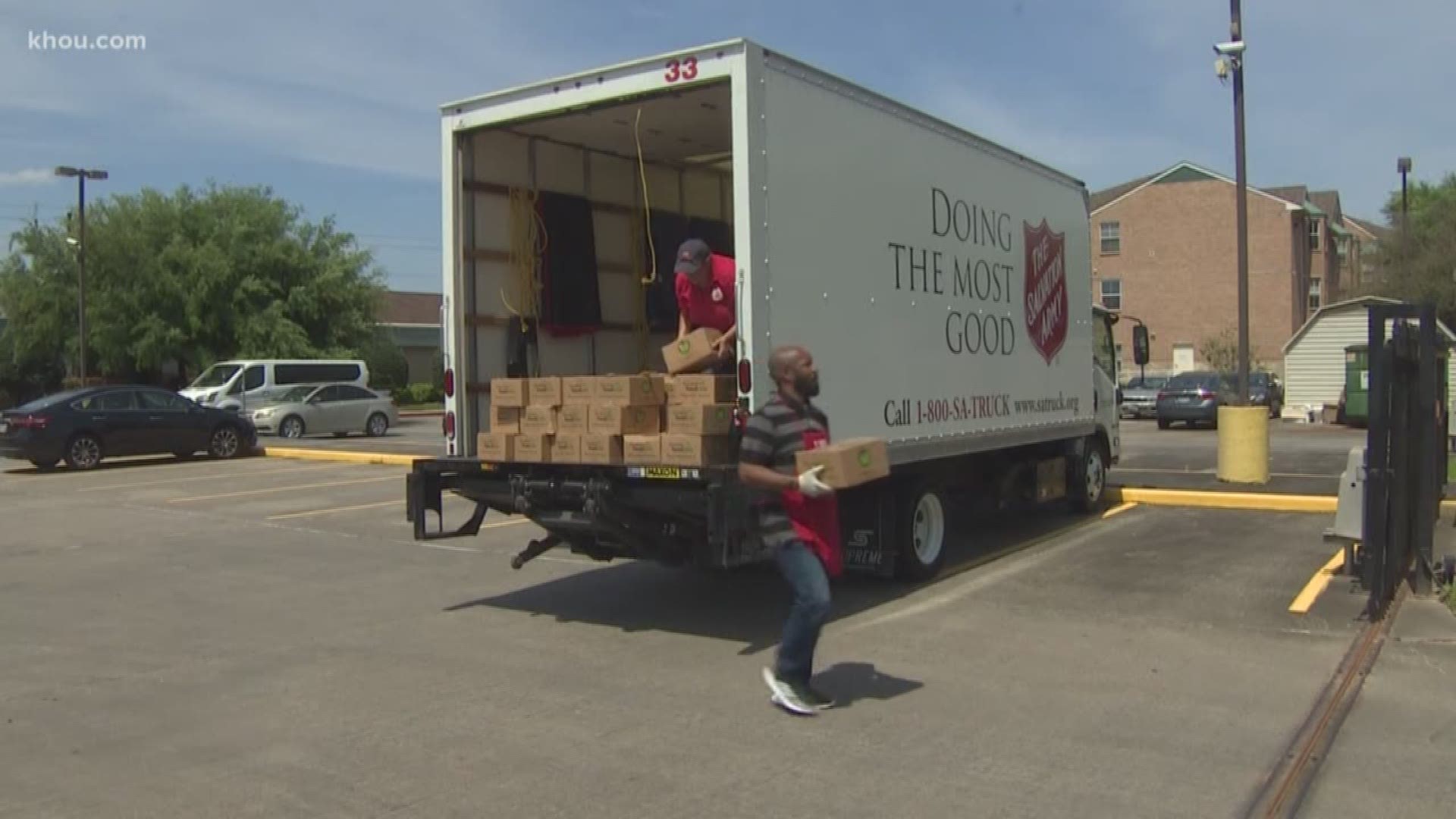 HOUSTON — Heading into the weekend, local groups and organizations are doing what they can to ensure no one goes hungry.

Food giveaways are in high demand now as people make sure they have enough to eat.

The turnout at food distribution programs has been enormous. People who took advantage of them said they’re taking all the help they can get during this unprecedented time.

For instance, it’s one of the signs that people are standing for Houston as the city works to stop the spread of coronavirus.

Bags of groceries were put into the trunk of cars at food distribution sites in and around Houston.

In Aldine, the school district and Houston Food Bank organized a drive-thru food giveaway to anyone who may need it.

“We are hoping to provide at least 250 community members groceries for the weekend," said Selina Chapa, Aldine ISD deputy superintendent. "In addition to that, we’re also offering backpacks to backpack buddies for any of the students that are in attendance (Friday).”

Air 11 captured the demand for food. It was so overwhelming, cars snaked through a parking lot and trailed off into the street.

Rosalyn Blake waited in the long line but said it was worth it.

“We’re going to make do with whatever we get and we appreciate the help, because it’s very, very helpful, and it comes in handy in this time,” Blake said.

Just north of downtown, the Salvation Army did its part to meet the need for food in the community.

“We’re in times right now like never before," said Major Zach Bell. “Understanding that even getting to the grocery store is harder than it’s ever been. So this is just to give that little bit of extra help to make sure that people do not go without during this time where we don’t know what’s happening."

Boxed food was delivered to those who showed up by car or on foot.

Groceries were also dropped off to those who are most at risk.

“Considering that they’re used to getting out and moving around, everybody is pretty much taking it well," said Leonard Eubanks with the organization. :It’s an adjustment, because they're saying mostly that it’s the seniors to be concerned about.”

It’s a feeling shared by many across Houston, but it’s the kindness of others that lets them know everything is going to be OK.

While there are plenty of people who are taking advantage of the food distribution programs, donations are still needed.