The 70-year-old patient is being treated in a Fort Bend County hospital. He recently traveled to Egypt. 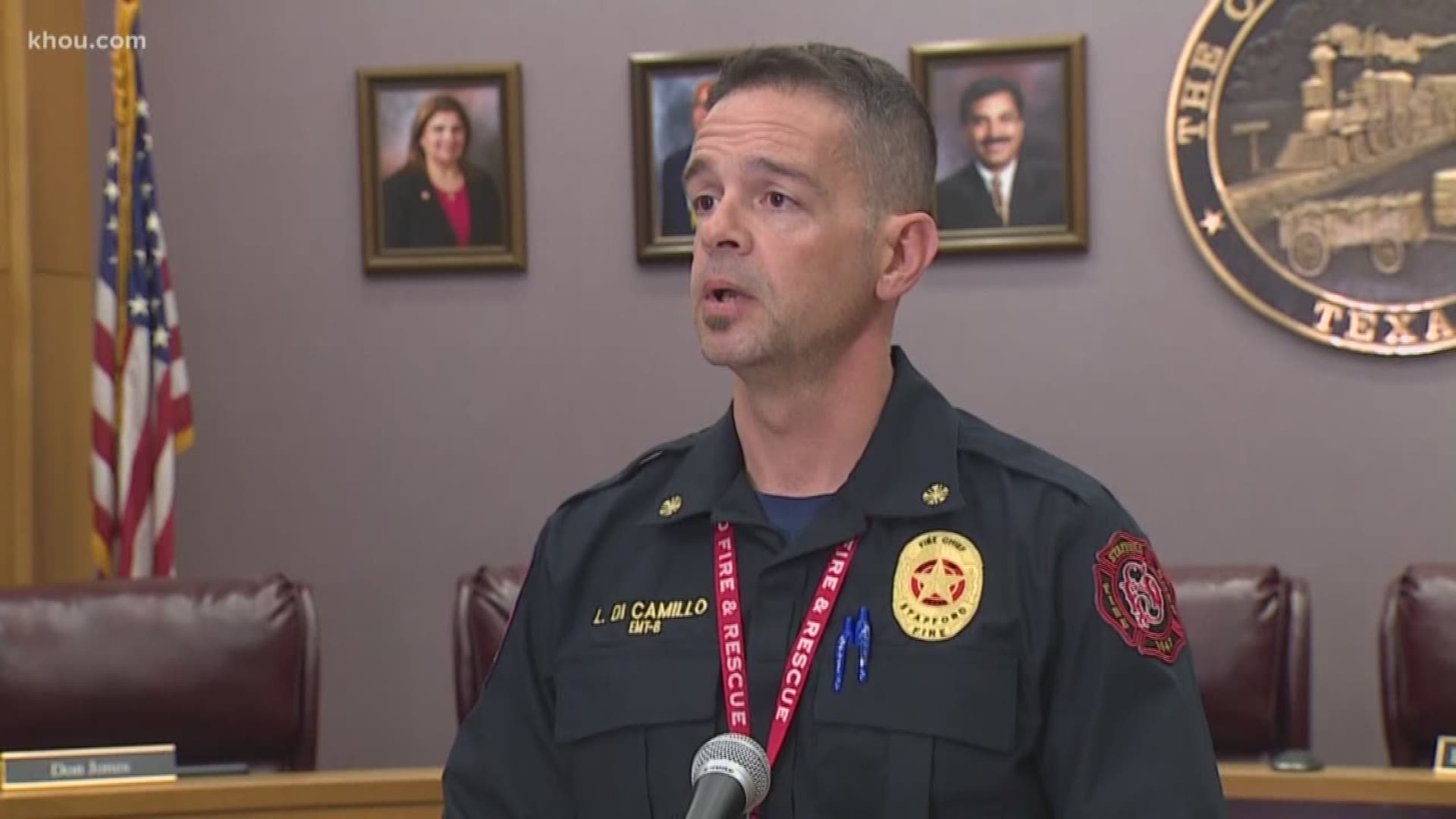 The 70-year-old patient is being treated in a Fort Bend County hospital. His condition isn’t known.

Two Stafford firefighters and three Fort Bend County firefighters responded to the call at the man’s home on Tuesday. They say he was alert, walking and talking when they took him to an area hospital by ambulance.

They didn’t learn the patient probably has coronavirus until Wednesday evening when initial test results came back as “presumptive positive.”

Even so, the first known case in the Houston area hit home.

"It's disconcerting. I have 93 personnel I'm responsible for, and when I go to bed at night, we need to make sure we do everything we can for them and their families,” the chief said. “I'm not going to allow any personnel on a fire truck to go out there to put them at risk.”

Everyone who responded to the scene used the appropriate personal protective equipment, according to DiCamillo.

He said the crews followed normal procedures and decontaminated when they returned to the station.

DiCamillo said the firefighters had limited interaction with the patient, while the paramedics transported him to a hospital.

After the call, all five first responders went through a decontamination process and returned to service.

Deputy Chief of Fort Bend County EMS Jason Albert said the two paramedics are not working for at least 14 days, and are considered “medium risk,” due to their interaction with the patient.

He said they are not showing symptoms at this time.

It is unclear how long the paramedics were with the patient from the time of responding to the call, to transporting the patient to the hospital, and leaving the hospital.

The paramedics have not been tested for COVID-19 because they have not presented symptoms, according to Albert. He said if they show symptoms, they will likely be tested.

“They reacted quickly and followed protocol,” Albert said. “We’ve been uniquely prepared for this because of our partnership with Fort Bend County Health and Human Services. We’ve been preparing for this for weeks.”

Fort Bend County EMS is part of the county's Health and Human Services department, not part of the fire department or an independent entity as in other areas.

"It gives us and the community some great advantages such as the one we enjoy during this outbreak through preparedness," said Albert. "It played a huge role in our ability to obtain the grant for our ambus (MPV-603) last year."

RELATED: Rice University staffer who tested positive for coronavirus is one of two Harris County cases

DiCamillo said the firefighters are off-duty through their normal shift cycle and will return Sunday unless they show symptoms.

“CDC guidelines state that all personnel are not to be quarantined until they become symptomatic,” he said.

Stafford Mayor Leonard Scarcella said health and safety measures have been implemented for all first responders involved in the incident.

“And I can’t emphasize enough how critical that is because these people are literally putting their health, safety and lives on the line,” Scarcella said.

Two people in northwest Harris County tested positive for the coronavirus, according to Harris County Public Health. Two other men have "presumptive positive" cases, one in Harris County and another within the city of Houston.

RELATED: Texas now has the ability to test for coronavirus