The restaurant's precautions are posted up front, and they include disposable menus, spacing out tables, even hands-free payment. 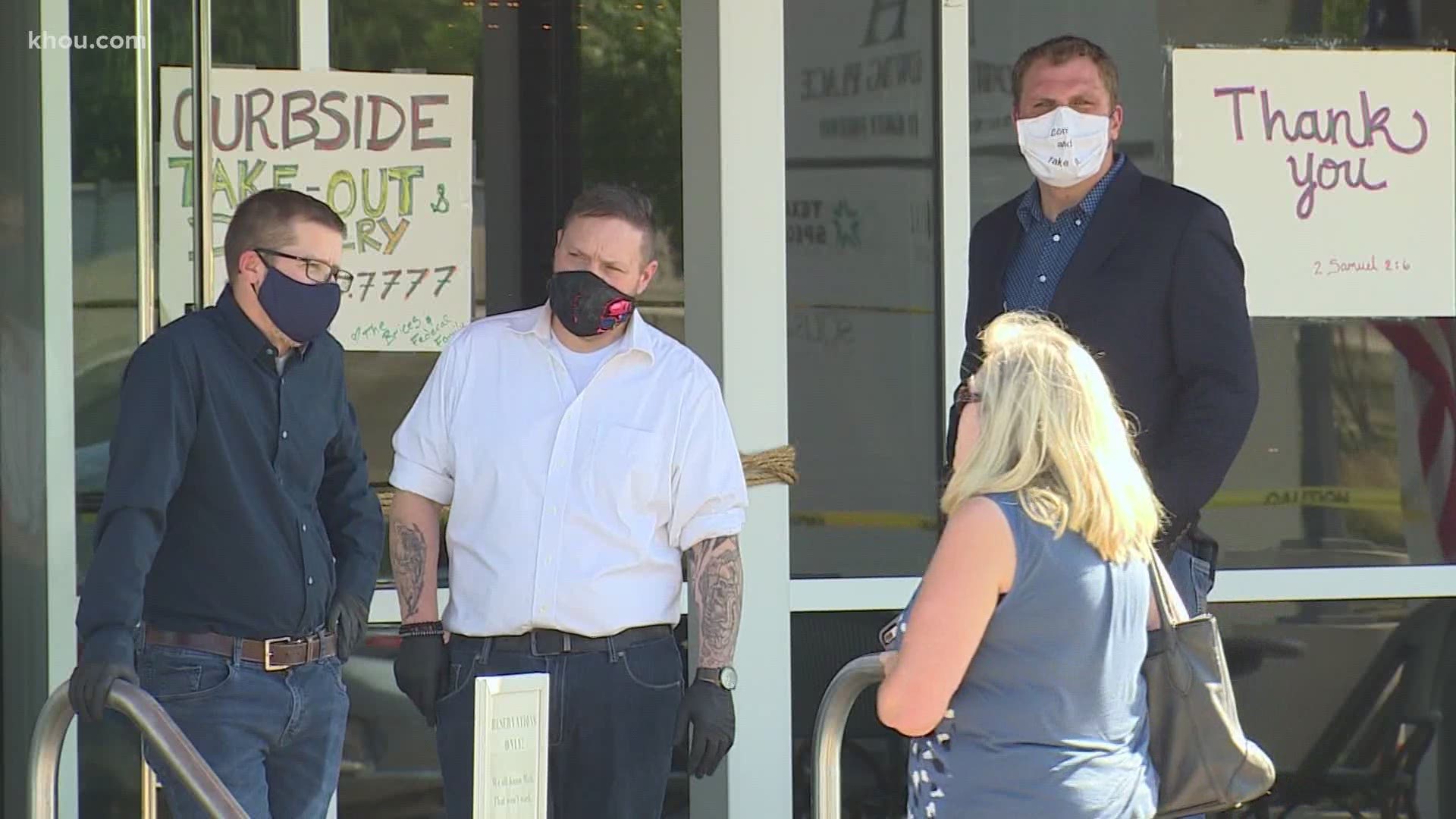 HOUSTON — It’s the first night for dine-in customers for one restaurant in Hedwig Village.

The owner says he’s following the rules set by his local mayor to allow customers to eat inside his restaurant, but that’s breaking both the county judge and the governor’s rules.

For the first time in over a month, the restaurant is seating customers.

“It's fabulous. It's wonderful. Its careful. I've been waiting forever to have someone bring you a drink and wait on you. It feels so nice," one couple who ate there said.

Matt Brice, owner of Federal American Grill, said he couldn’t take it any longer, being closed to dine-in customers.

“Again, I have a heart. I don’t want anybody to die from this virus. I don’t want to. But I feel like if you’re going to have these other businesses open, we’re going to do a better job than them," Brice said.

His precautions are posted up front, and they include disposable menus, spacing out tables, even hands-free payment.

“We take up more parameters than, I promise, almost any other business out there," Brice said.

Brice said he’s following the rules of a newly issued proclamation from the Mayor of Hedwig Village, allowing restaurants to open if they follow certain guidelines.

But this conflicts with both Harris County Judge Lina Hidalgo and Governor Greg Abbott’s stay-home orders.

“Probably all of them. You know, it’s hard. The one that I did listen to is the mayor of Hedwig," Brice said.

Judge Hidalgo said it's sad that a restaurant is defying her order.

“I hope folks think twice before putting their community at risk, themselves at risk and their healthcare workers at risk," Hidalgo said.

Her office said they can take actions, if they want, to shut him down.