Coronavirus-related closures and slowdowns at meat processing plants have caused a backlog of pigs with no where to go. 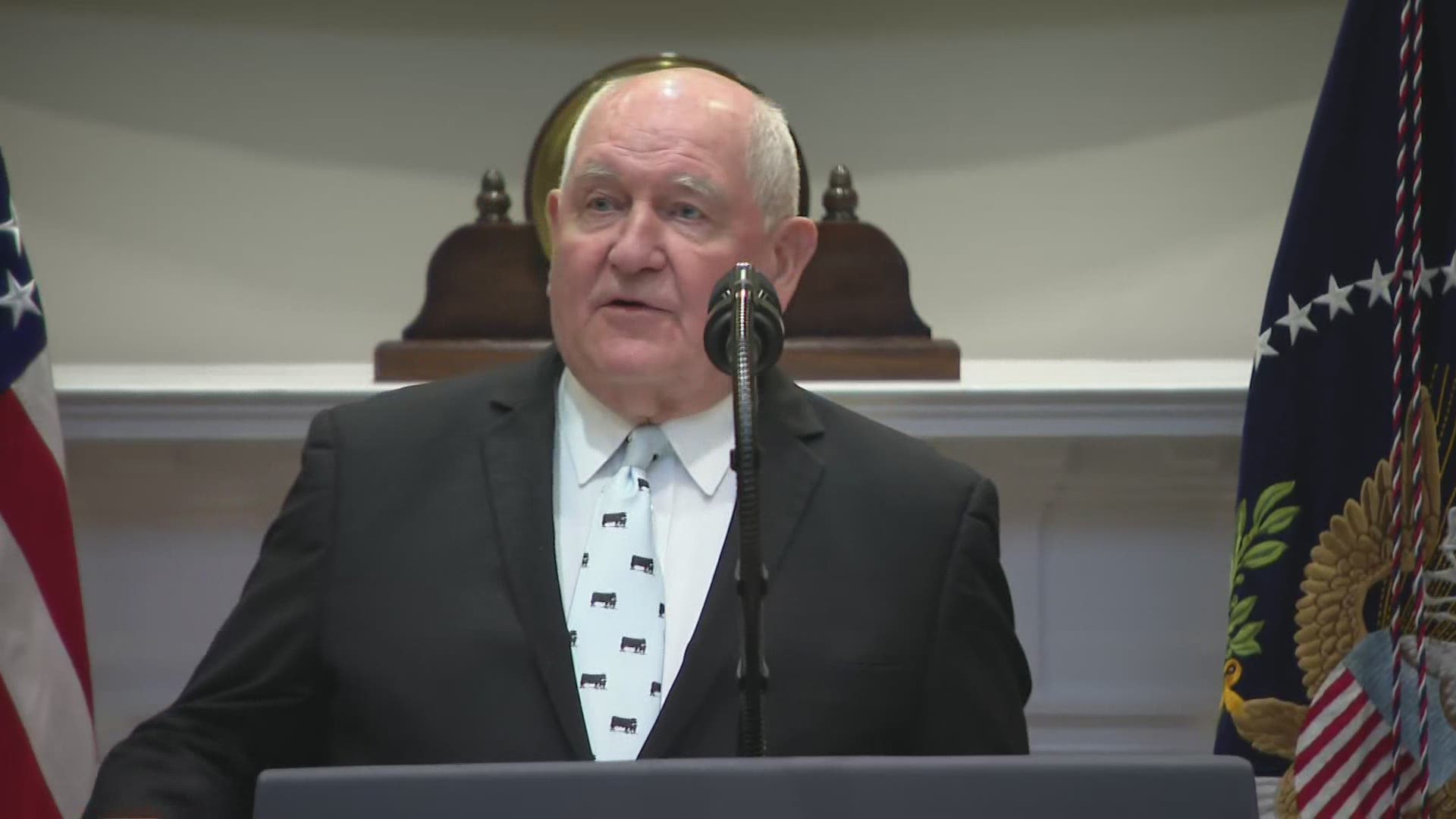 WASHINGTON — With the coronavirus pandemic greatly impacting the meatpacking industry in the U.S., farmers may be forced to euthanize millions of pigs over the next few months to avoid overcrowding, according to the National Pork Producers Council.

The National Pork Producers Council said recently that more than 170,000 market-ready hogs per day can’t be sent to processing plants and as a result, around 10 million pigs will need to be euthanized by mid-September because the hogs will have "no place to go." The group called euthanasia the "only humane response" in order to prevent animal suffering.

The meat packing industry has been dealing with a number of production challenges caused by the coronavirus, and several large plants had to close temporarily because of coronavirus outbreaks. At least 30 U.S. meatpacking workers have died of COVID-19 and another 10,000 have been infected or exposed to the virus, according to the United Food and Commercial Workers union, which represents roughly 80% of the country's beef and pork workers and 33% of its poultry workers.

Hogs that were projected to be ready this spring and summer for market will be at a mature age and it won't be possible to process them. U.S. pork producers are calling this the "COVID Bottleneck," and say their only hope for euthanizing millions of animals, along with disposing of their carcasses properly, will require immediate monetary relief from the federal government.

The National Pork Producers Council has asked for $505 million to help pay for costs related to euthanasia and disposal of the carcasses. Additionally, the council is asking for congress to fund $1.173 billion in federal aid for farmers who can't sell pigs due to plant closures or slow downs.

"The euthanasia problem is severe. Hog farmers desperately need federal assistance to euthanize the hundreds of thousands of pigs that won’t make it into the food supply each week," Jim Monroe, the Assistant Vice President of Communication for the National Pork Producers Council said.

"While plants are coming back up, they will not be at full capacity for the foreseeable future. The costs to euthanize, remove and safely dispose of carcasses are enormous. So, while plants coming back online is good news, this problem isn’t going away. Up to 10 million pigs may need to be euthanized between now and September. Our producers remain in financial crisis," Monroe said.

According to the NPPC, pork producers follow guidelines provided by the American Veterinary Medical Association when euthanizing animals.

While the meat processing industry is struggling to meet domestic demand because of coronavirus outbreaks at processing plants, meat exports are surging. According to experts, much of the meat sold by the U.S. internationally involves cuts that Americans don't usually eat.

Monroe says, "U.S. pork has always been export dependent." He says the U.S. exports about 25% of its total production.

According to Monroe, "Many of the pork products we export have little or no value in the United States because U.S. consumers do not want things such as pig stomachs or intestines, which are in high demand in places like China. Exports to China, therefore, add a lot of value to each U.S. hog marketed."

When asked why exporting live hogs internationally, in lieu of processing them in the U.S., is not an option, Monroe says, "some of the issues, especially now given the COVID crisis, are challenges with logistics and animal welfare concerns. It can take months to reach a destination and you’d have to make sure you don’t overfeed/underfeed animals."