LeRoy Castro's wife, Amy, said people close to him would often not wear masks, adding that her husband diligently wore his. 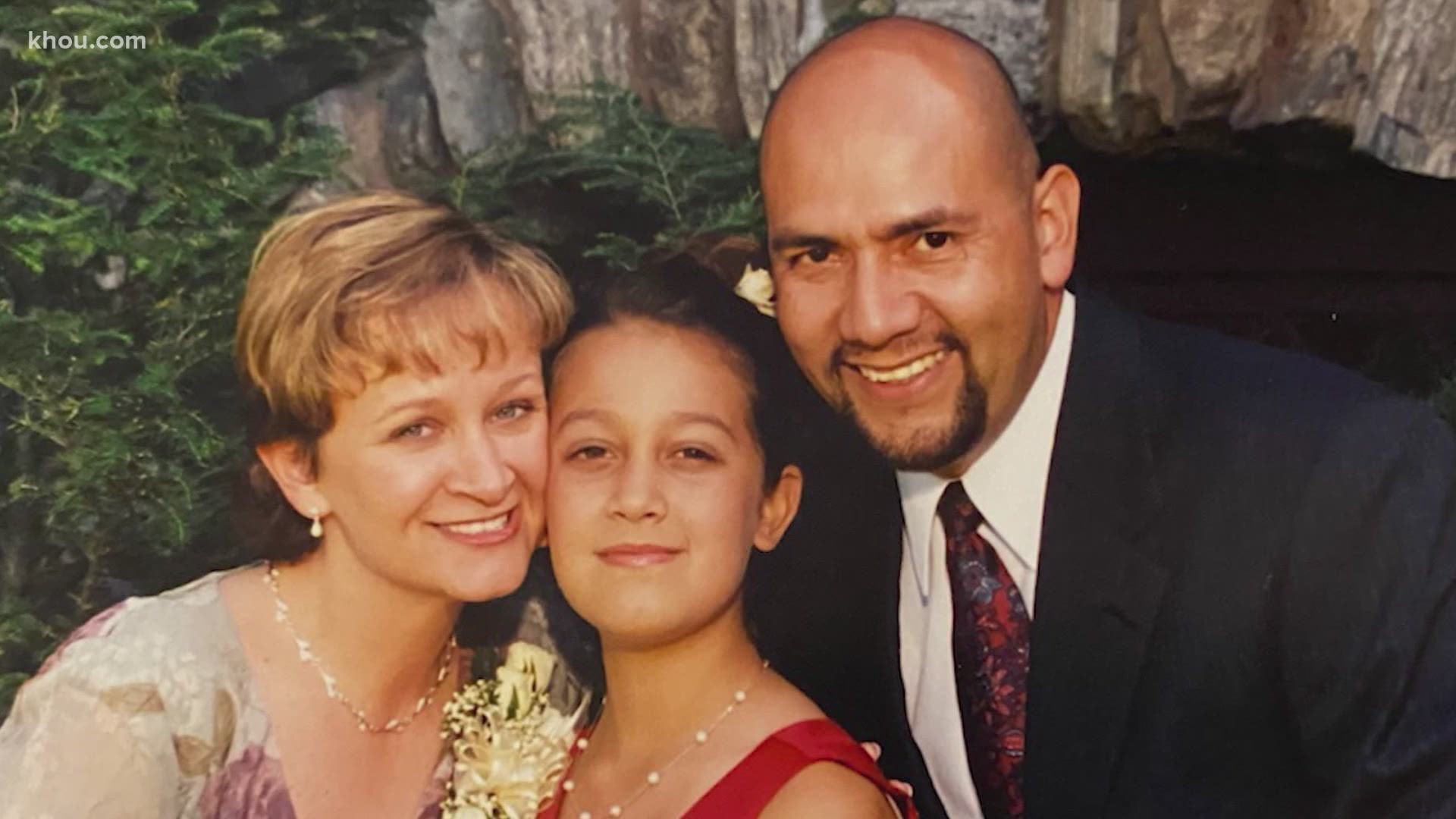 ALVIN, Texas — The family of an Alvin Junior High principal who died of COVID-19 said Tuesday they do not plan to hold a funeral at this time to prevent the spread of the virus.

LeRoy Castro was 58 years old when he died from coronavirus on Nov. 20, after battling it in the ICU for a month.

In his obituary, his wife, Amy, wrote they will not be holding a memorial service or funeral because "he would likely chastise everyone for holding a group gathering when COVID is on the rise in our communities."

They are asking people to honor him by wearing a mask, even when they do not want to. She said he was diligent about wearing his mask, and that doctors said he had no underlying conditions.

“It’s a bit frustrating looking back on it now. He did everything that he could and other people chose not to put in that same effort," Amy said. “It’s really our personal responsibility to not only look out for ourselves, but for our loved ones and other people’s loved ones.”

People who highlight the death rate of COVID-19 frustrate her.

“That statistic, that one in a million, whatever it might be – when it’s your family member that is gasping for air and ends up dying, that number is number one. That is a big number all of a sudden," Amy said.

She is also asking businesses and organizations who have mask requirements to enforce the rules.

"It doesn't do any good to say you require masks if you don't uphold your own safety standards," Amy said. “Please show a little personal care for the people around you, not just yourself.”

His wife is also urging organizations that have mask requirements to enforce them. She says there were people close to him who did not #MaskUp and she says statistics, no matter how small, feel large when it’s your family member fighting for their life. @KHOU #KHOU11 #COVID19 pic.twitter.com/KzQj8v0pRh

Outside Alvin Jr. High School, a district where Castro worked for 14 years, students and coworkers created a small memorial, including bottles of A&W root beer, his "go-to" beverage, according to his wife.